Like the song says, breaking up is hard to do. Even some of the greatest bands of all time have lost members or even dissolved altogether. While that is genuinely a sad event, we gain the opportunity to fall in love with the music of those who have left the fold. Below, we've put together a dozen great albums made by artists who set out on their own adventure.

These albums are not the first solo albums these artists ever made, but merely the ones we wanted to highlight. Each in its own way shows the individual strength of the songwriter's work. Some examples are 180-degree turns from their previous band's work, while others are more closely aligned. 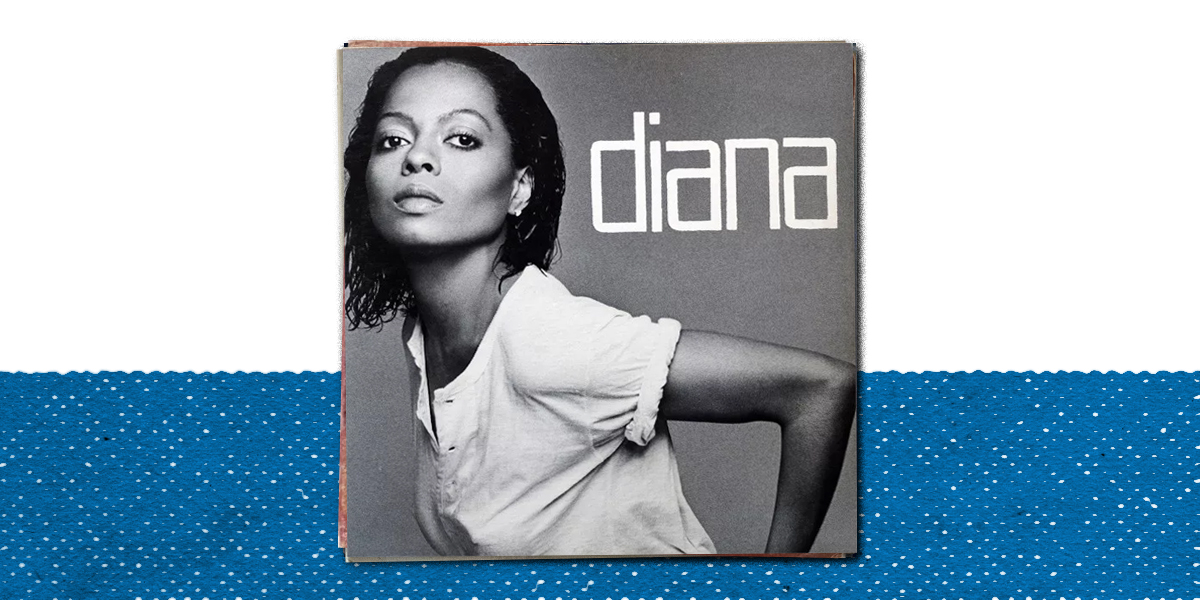 Diana Ross and Nile Rodgers—are you kidding me? While The Supremes absolutely set the standard for '60s soul, Diana Ross was always looking for the next sound. She and Rodgers definitely found it with this record.

It's hard to imagine that this album was released in 1980. While it was certainly disco-inspired, Diana also sounds contemporary to albums recorded five years after its release. It's the kind of album where even if you think you're unfamiliar with it, you slowly realize that you've been hearing these songs for decades. Highlights include: "Upside Down," "I'm Coming Out," and "Now That You're Gone."

Recommended if You Like: Chic, Sister Sledge, Shalamar, Exposé 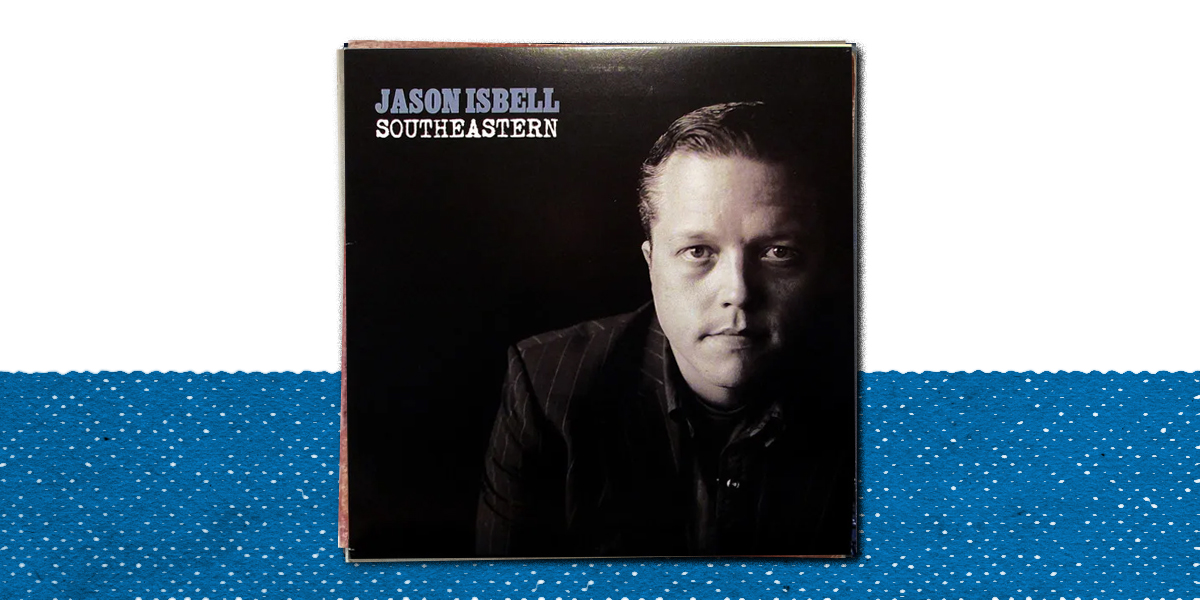 Drive-By Truckers are one of the best bands out there today. Their tales of heartbreak and working-class struggle are powerful and true. While no longer a member of that band, Jason Isbell has continued to bring what's best about Americana music to the stage.

Rock-solid songwriting, stunning guitar work, and next-level lyrics are to be found on every track here. He even finds a rhyme for "Benzodiazepine." While I wouldn't say this record is a feel-good collection, it is a must-have for any serious fan of country/roots music. Highlights include: "Elephant," "Live Oak," "Different Days," and "New South Wales." 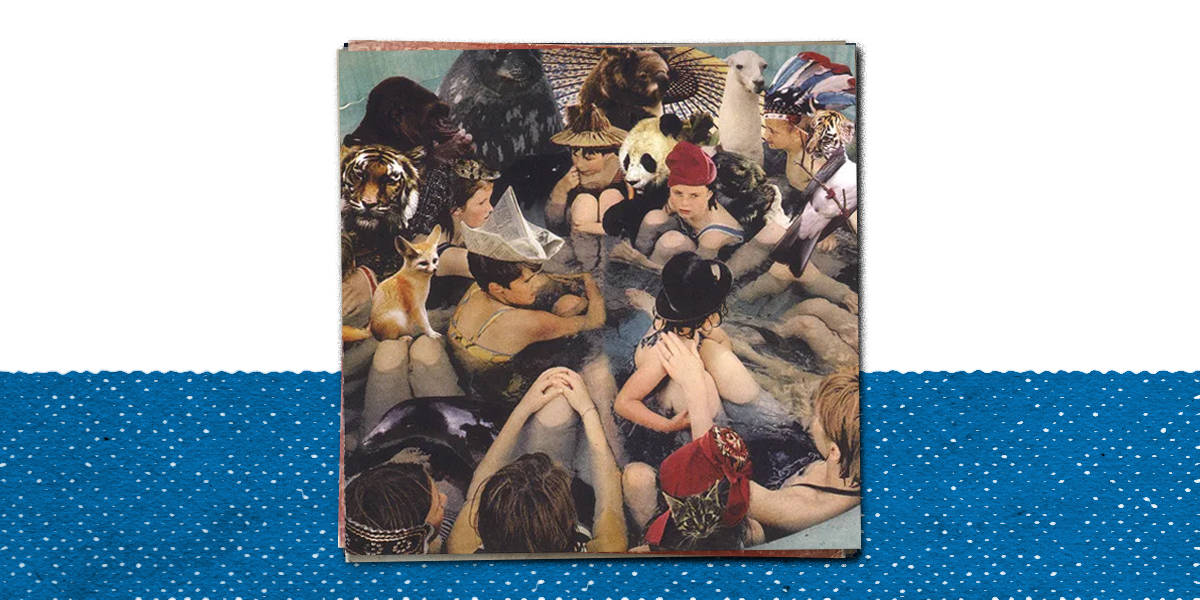 Speaking of mind-blowing. The lysergic sounds of this record gently ebb and flow as you float into space. This should not come as a surprise to fans of Animal Collective, the main gig of Panda Bear (aka Noah Lennox). What may be a bit of a surprise is the heavy use of samples and loops, as Lennox's previous work tended to be guitar and percussion driven. Unlike previous solo albums, which were often spare, Person Pitch is a lush production that perfectly matches its Beach-Boys-in-a-blender sound. Highlights include: "Comfy in Nautica," "Bros," and "Ponytail."

Recommended if You Like: The Beach Boys, Atlas Sound, Dirty Projectors, The Flaming Lips 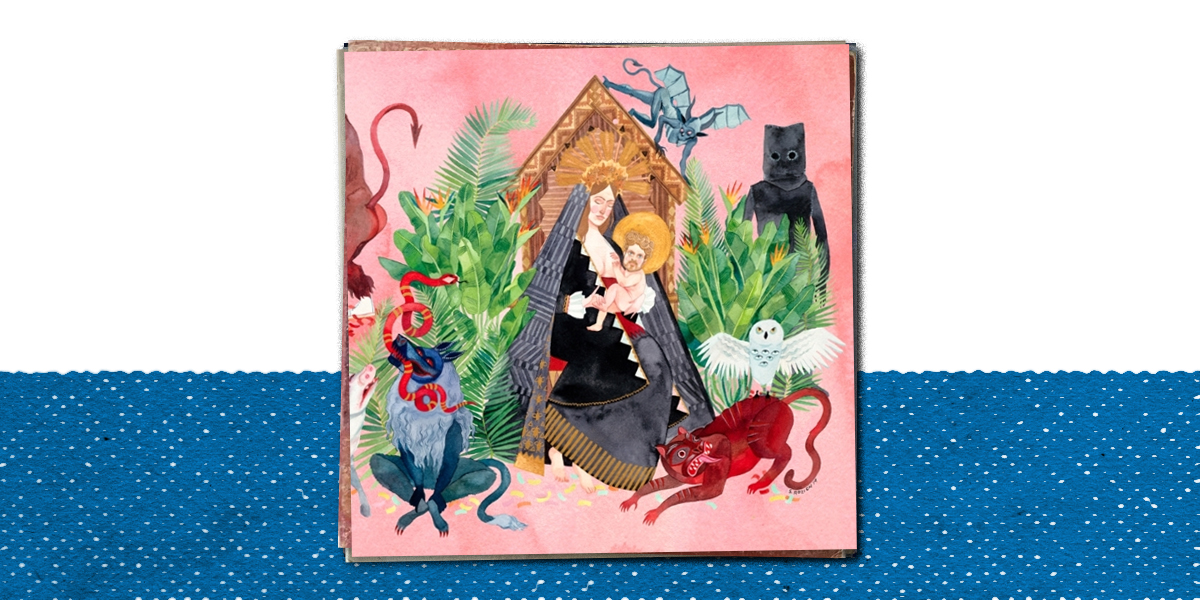 I Love You, Honeybear

Who knew that the pseudonymous modern king of sardonic rock used to sit behind the drumset of Seattle's Fleet Foxes? (OK, maybe a lot of you.) While the Father John Misty moniker of Josh Tillman (who released many earnest folk albums under J. Tillman), may have been created to have a bit of fun playing with a persona, this is the album where character and author really start to merge. It gets a bit blurry whether FJM is pretending to be freaked out by finding love or is merely playing with a trope for narrative fodder. Hiding the line between sarcasm and sincerity is where Misty seems most comfortable.

While a case for the excellent Pure Comedy or even his debut Fear Fun can be made for Mr. Tillman's best, Honeybear's accessibility makes it stand out. Highlights include: "Chateau Lobby #4 (In C for Two Virgins)," "The Night Josh Tillman Came to Our Apt.," "Nothing Good Ever Happens at the Goddamn Thirsty Crow," and "Holy Shit." 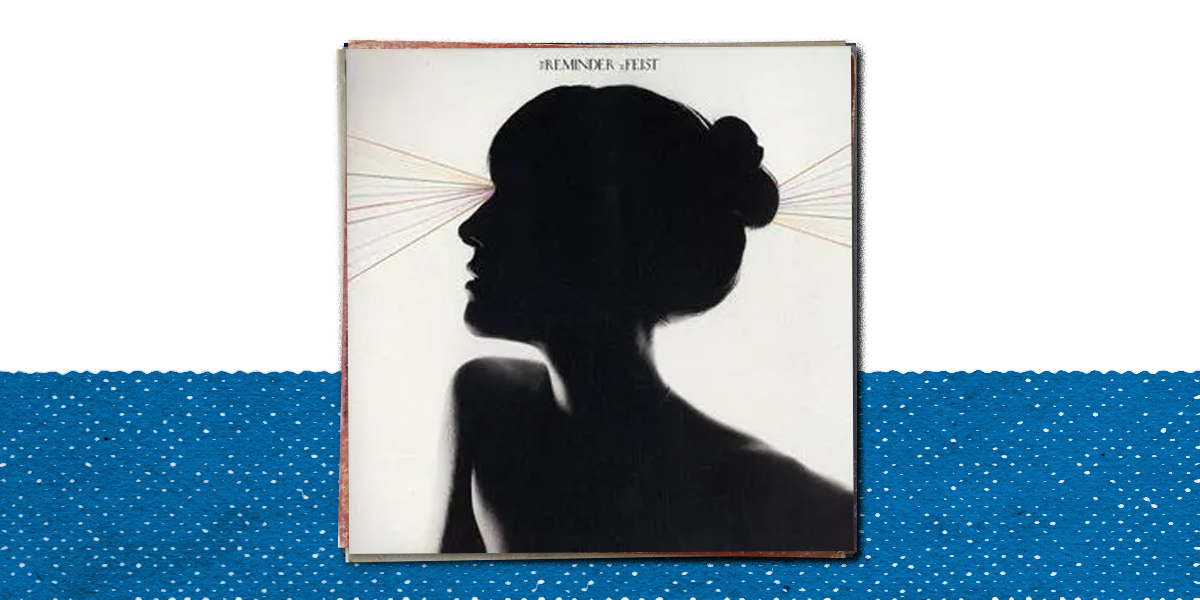 Even as she released her solo debut in 1999, the same year the Broken Social Scene collective formed, we all knew that Feist was an artist to be reckoned with. But, even that was not enough to brace us for The Reminder, whose haunting melodies and poignant lyrics flow from this album with equal parts melancholy and confidence.

This record always reminds me of a late summer evening after everyone has gone home and night is about to fall. Highlights include: "The Park," "The Water," "Intuition," and the Nina Simone almost-cover "Sea Lion Woman." 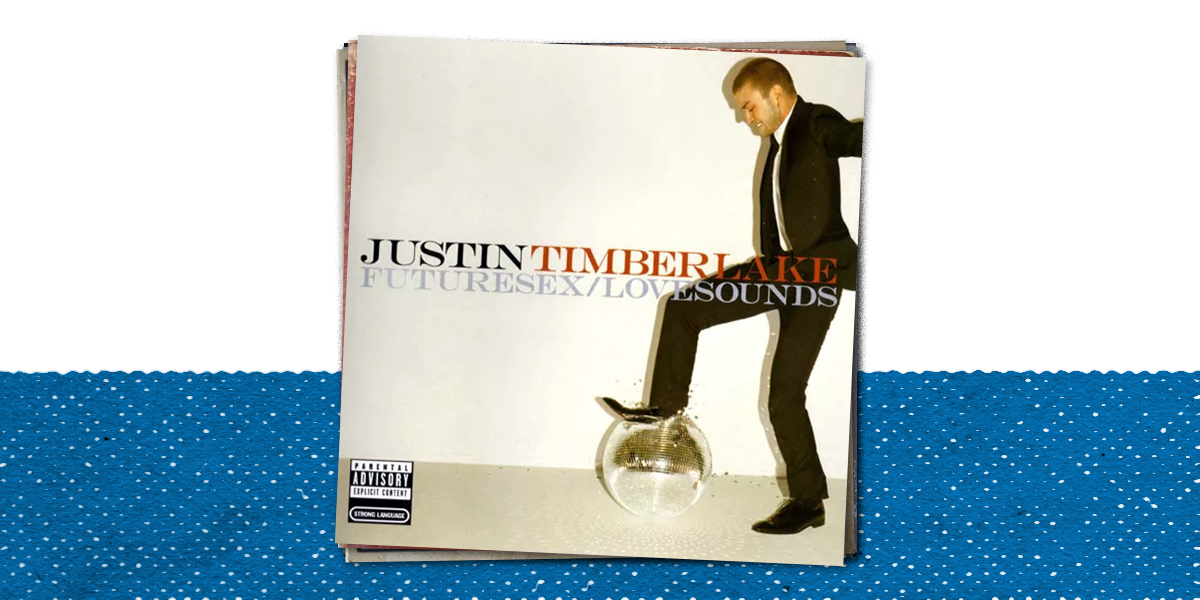 I'll be honest, I paid no attention to this guy until he showed up in the epically weird movie Southland Tales. He wasn't in it very long, but the crazy dance number to The Killers' "All These Things That I've Done" was enough to win me over.

Timberlake's post-NSYNC career has been nothing short of meteoric. Futuresex/Lovesounds, largely produced by Timbaland, is a document of someone that is moving from pop star to serious artist. Highlights include: "FutureSex/LoveSound," "My Love," and "Until the End of Time."

Recommended if You Like: Fergie, Nick Jonas, P!nk, John Legend 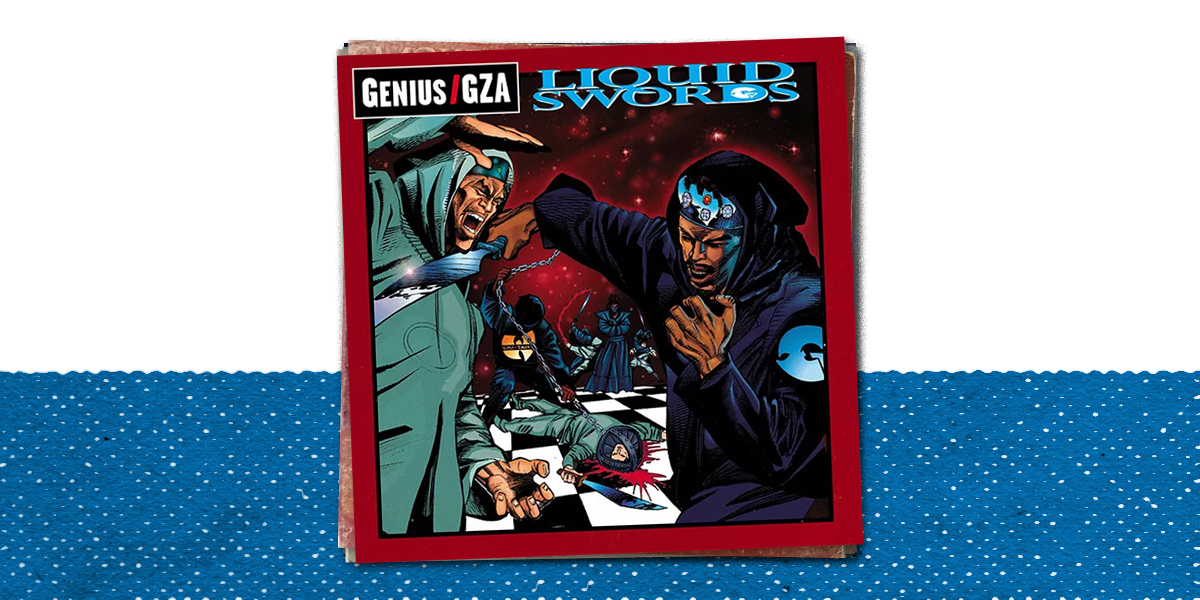 Wu-Tang is for the children. You know it. I know it. According to the PMRC warning sticker on the album, the children probably should not know it. In 1995, GZA released this masterpiece, an album that is constantly being rediscovered—and with good reason. Liquid Swords is absolutely one of the most philosophical and visceral albums ever released. The heavy-as-lead beats and relaxed delivery make for a timeless experience. Highlights include: "Duel of the Iron Mic," "Cold World," and "Shadowboxin'."

Recommended if You Like: RZA, Madvillain, The Roots, Bruce Lee 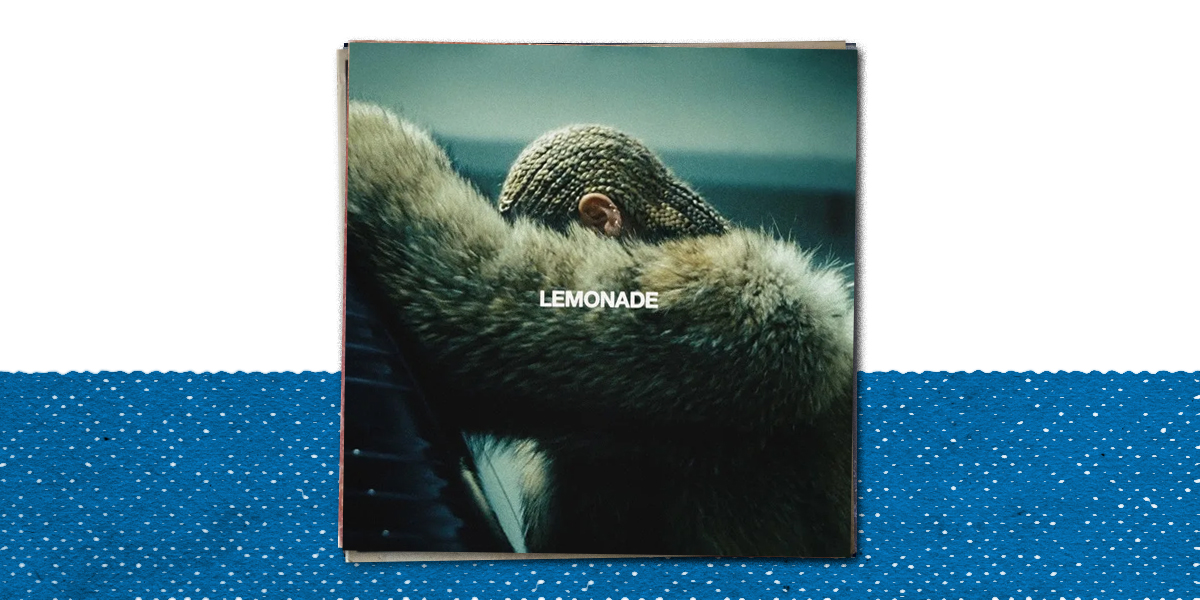 If you were even remotely alive from the late '90s into the early '00s, you know every song by Destiny's Child. The R&B group was an absolute powerhouse. Songs like "Bills, Bills, Bills" and "With Me" are on their way to becoming standards. Unfortunately, the group eventually imploded. On the upside, it wasn't long before Beyoncé started her stunning solo career.

Lemonade is an incredible statement that draws on the whole of recorded music's history (even containing samples of Alan Lomax field recordings) as well as events in Beyoncé's personal life. To say that it is about remaining resilient in the face of adversity is to sell it short. This is loud, angry, and right. Highlights include: "Pray You Catch Me," "Don't Hurt Yourself," and "Freedom." 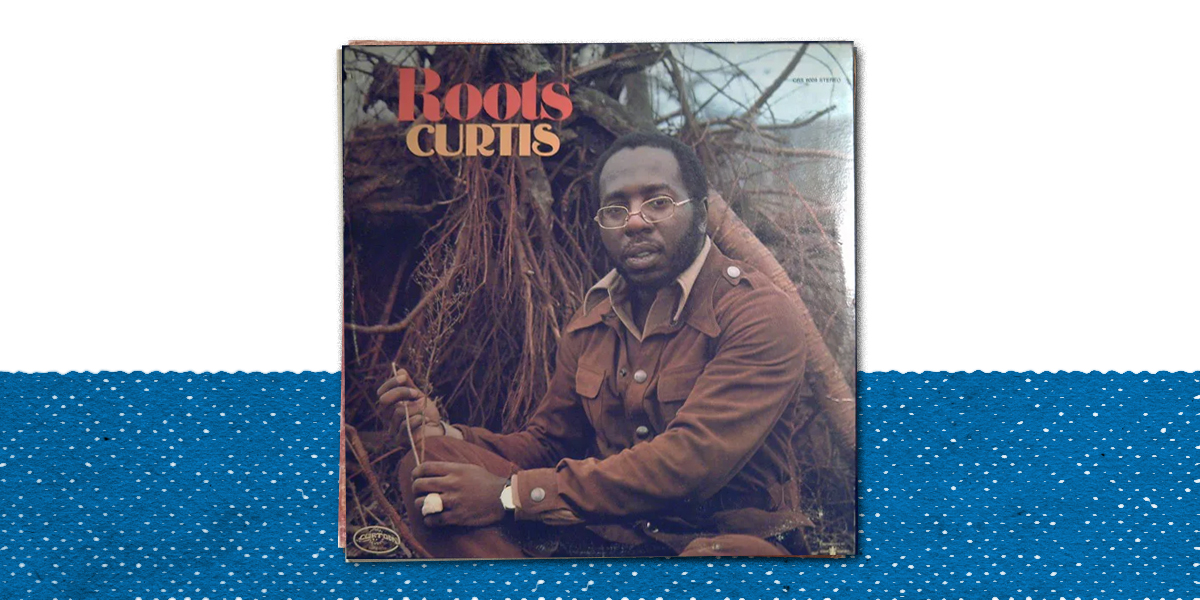 Anyone who has spent any time digging in crates remembers the first time they found some Impressions. The vinyl glows, there's a choir that only you can hear, and you might levitate. It's a great day for sure. A lot of the magic created by the group was conjured by Curtis Mayfield.

After leaving The Impressions, Mayfield released an amazing string of funk/soul/R&B masterpieces that push for a higher consciousness while getting serious on the dancefloor. Roots is a great example of this socially-aware, anthemic music. It grooves, teaches, and expands the mind. Highlights include: "Get Down," "Underground," and "We Got to Have Peace."

Recommended if You Like: Al Green, Isaac Hayes, Bobby Womack, The Temptations 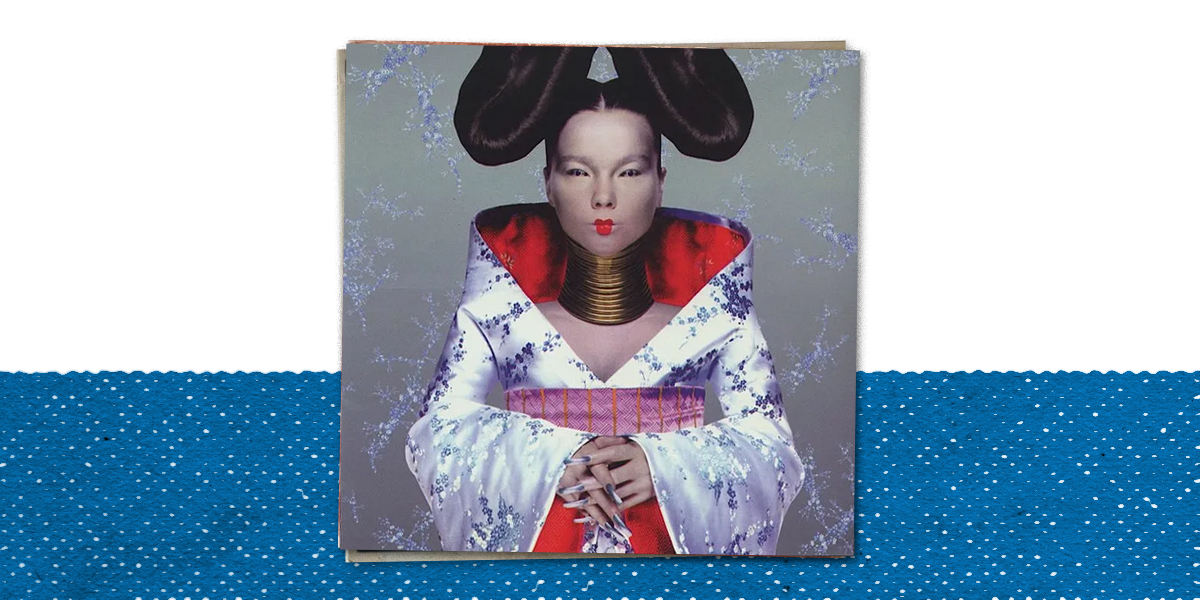 Björk is a visionary artist who has greatly contributed to the evolution of electronic music. Before she was pushing envelopes and wearing swan outfits, however, she was the singer of the excellent rock group The Sugarcubes. While they were eccentric and innovative in their own right, Björk really took off once she was on her own.

Homogenic begins with the trippy, slightly ominous sounds of "The Hunter" before giving way to the rapturous strings and synths of "Jóga." The entire album is a ride through love and fear. Highlights include: "The Hunter," "Bachelorette," "Alarm Call," and "All Is Full of Love."

Recommended if You Like: Tricky, Portishead, Massive Attack, Grimes 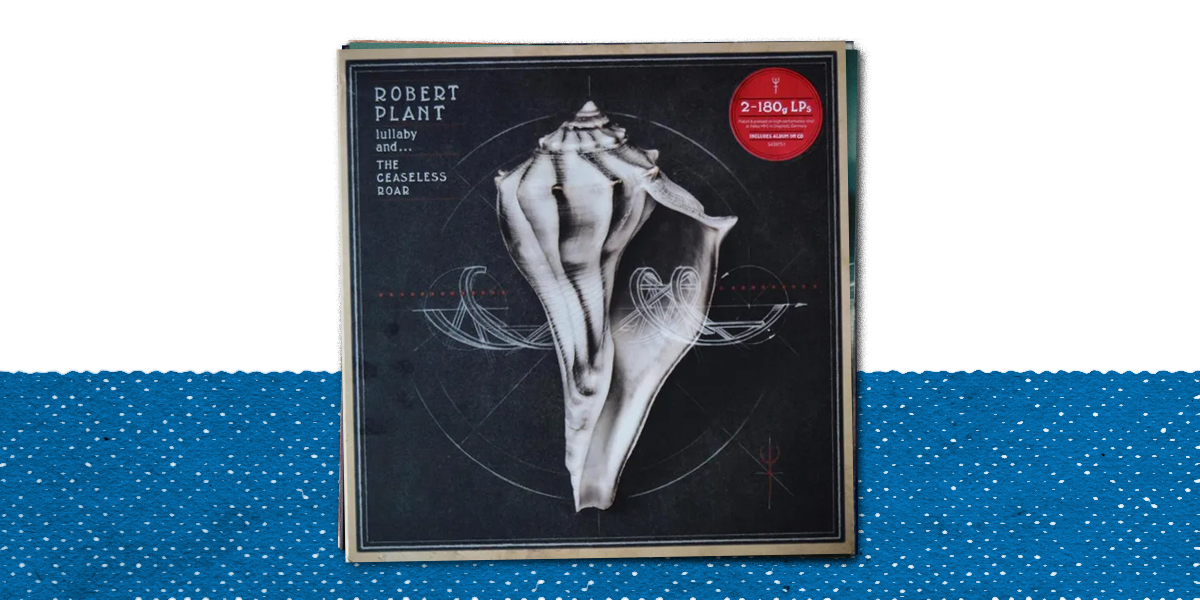 Lullaby and… The Ceaseless Roar

When Robert Plant joined The New Yardbirds, they were told that the whole thing wasn't going to fly. That the entire idea for the band was going to go down like a lead zeppelin. A change of spelling and a sonic blast into music history later, here we are. After the death of Led Zeppelin drummer John Bonham, the band decided not to carry on. The three surviving members all went on to amazing solo careers.

One of the high points is Plant's Lullaby And…The Ceaseless Roar, made in 2014 with The Sensational Space Shifters. He had scored big hits before with albums Now and Zen, The Honeydrippers, and The Principle of Moments, but Lullaby has everything running full-throttle—great songwriting, great performances, and Plant's voice sounds incredible. The modern production techniques used do not sound like an artist desperately trying to stay relevant, but rather show us an artist that has adapted with time without forgetting their past, nor the history of music. Highlights include: "Little Maggie," "A Stolen Kiss," and "House of Love."

Recommended if You Like: Jeff Beck, Neil Young, The Rolling Stones, all the rock greats 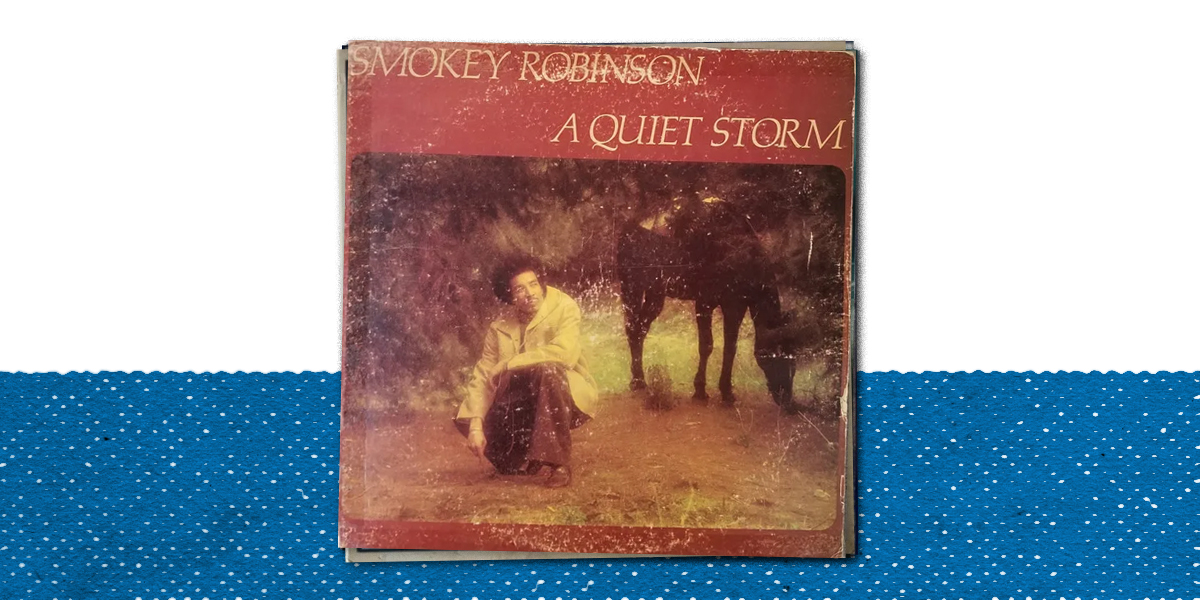 We've talked about Motown before and it's pretty safe to say that while it is one of the most important record labels ever, things just wouldn't have been the same without Smokey Robinson and The Miracles. With them, Smokey made dozens of hits and life-changing albums, and scores more that he wrote for other artists. When it was time for Smokey to begin his solo career, he showed that he still had all of that smooth hit-factory intensity.

Probably the best example of this is his aptly-titled third solo album, A Quiet Storm. This is the sound of an artist who is in no hurry, not because he has nowhere to be, but because he knows exactly when and how he's going to get there. The album is a bit steamy, we're saying. Highlights include: "Quiet Storm," "Baby That's Backatcha," and "Coincidentally."

Recommended if You Like: The Stylistics, The Chi-Lites, The Bar-Kays

By clicking Subscribe, I agree to the processing of my data in order to receive emails.