From the outset, the majority of electronic dance music was purposefully made to be played by DJs for dancers in environments optimized for that specific experience. But as the form developed further in the early 1990s, a clutch of largely UK-based artists started producing electronic music better-suited to being heard on the couch than in the club. 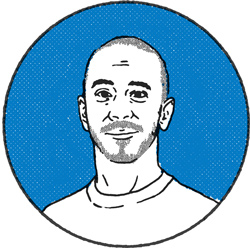 Often eschewing the 4/4 kick drum found in most club-focused tracks and filled with experimental sonic details that would be lost in raucous settings, these records appealed to a more introverted audience that relished such nuances—not to mention dancers who needed a gentler soundtrack for their post-club comedown.

There was a sense of nerdy superiority among the fans of this more "sophisticated" music, eager to distinguish themselves from stereotypical, pilled-out ravers who had come to define the public perception of dance music. In kind, the music they favored was saddled with the unfortunate but evocative genre name "intelligent dance music" or IDM—named after the "IDM List" email listserv that launched in 1993 to connect the most rabid fans of the genre.

Despite its specific origins, IDM can be difficult to pin down because of its varied influences and the divergent paths taken by the artists often grouped under this umbrella term. Yet there are a few hallmarks of the genre: drifting, melancholic melodies draped over spacious arrangements, and highly detailed, untraditional percussion patterns.

Aphex Twin is the most widely cited artist when discussing this genre, and his longtime home base of Warp Records was instrumental in finding and releasing many of the artists who came to dominate the sound. The 13 records I've selected below represent some of the biggest highlights of a sound that has stood the test of time better than its eyeroll-worthy name. 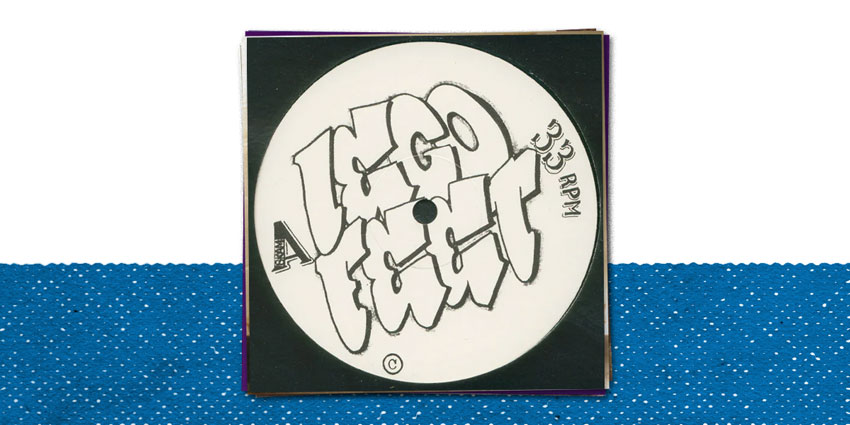 Before renaming themselves Autechre and ascending to the upper echelons of IDM, the English duo of Sean Booth and Rob Brown laid out the early blueprints for their sound as Lego Feet. Their only release under the moniker, a 1991 self-titled album on their own Skam label, offers eccentric hybrids of electro, house, and techno that celebrate irregular beats and futuristic motifs. A must-have for fans of early Aphex Twin. 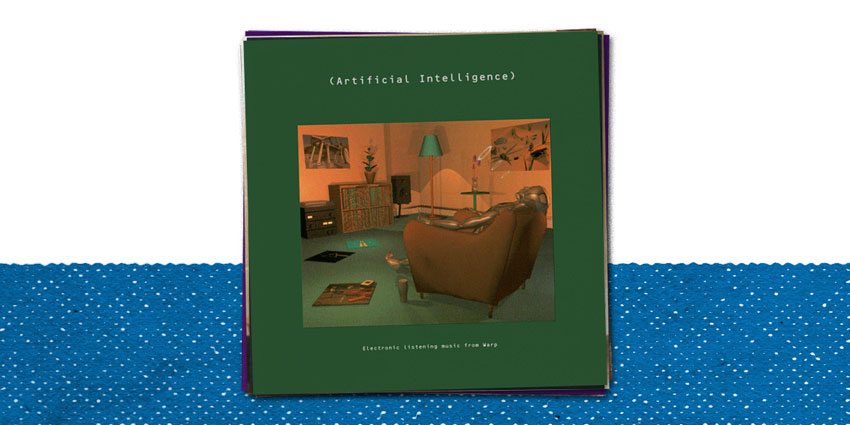 One of the earliest documents of the nascent IDM sound was Warp Records' Artificial Intelligence compilation. Its first volume arrived in the summer of 1992, bearing early recordings from Richard D James as the Dice Man, Autechre, Musicology aka B12, early techno royalty Speedy J, and Richie Hawtin under the rarely seen UP! alias. Although still rough around the edges, the compilation made clear that a burgeoning scene was taking shape in ways that merited close attention. 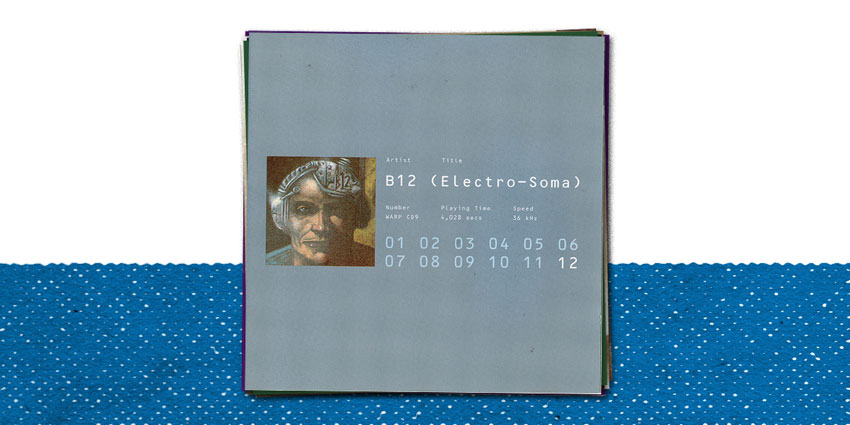 The prolific English duo Michael Golding and Steve Rutter released records under a bevy of names in the early '90s before settling on the handle B12. Their debut album, Electro-Soma, released by Warp Records in 1993, brought together several tracks from their Musicology project with new additions that solidified their sound. With clear nods to Detroit techno and Chicago deep house, the album is comparatively straightforward for IDM but a compelling listen nonetheless. 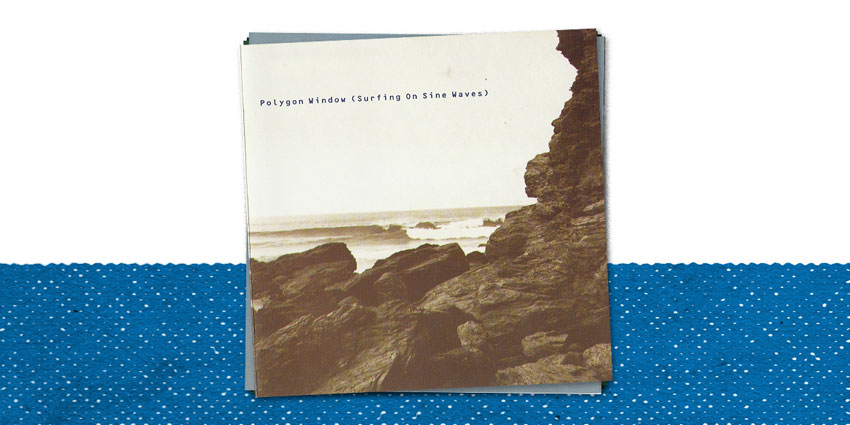 Heard next to his work as Aphex Twin, Richard D James' music under the guise of Polygon Window feels surprisingly direct. Applying his ear for unusual and haunting melodies to more conventional beat structures, the tunes on this 1993 album capture one of electronic music's most eccentric minds on the cusp of giving into his wilder impulses. 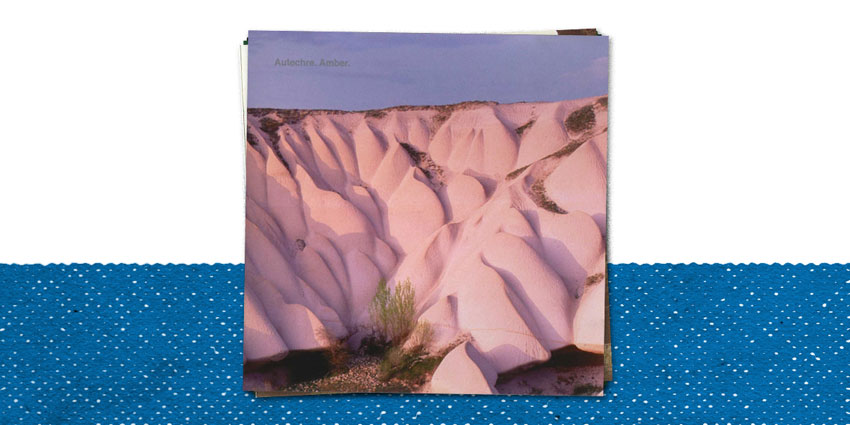 Until roughly the release of Autechre's Amber album in 1994, IDM seemed more like the nerdier cousin of UK techno than the freaky black sheep it's known as now. Here the duo begin to break away from traditional rhythmic structures to offer a more textural and unpredictable sound that's profoundly beautiful at the same time. It's no wonder why it's held up as a fan favorite. 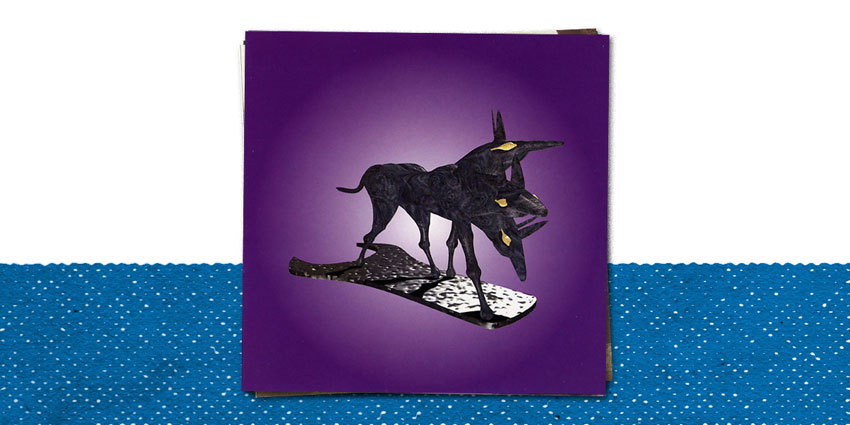 Spanners was the third and last album produced by all three original members of The Black Dog before Ed Handley and Andy Turner spun off as Plaid. But together, their 1995 album is a diverse delight that mingles dub rhythms, hip-hop samples, and unconventional melodies in a way that doesn't feel as self-serious as many IDM efforts. 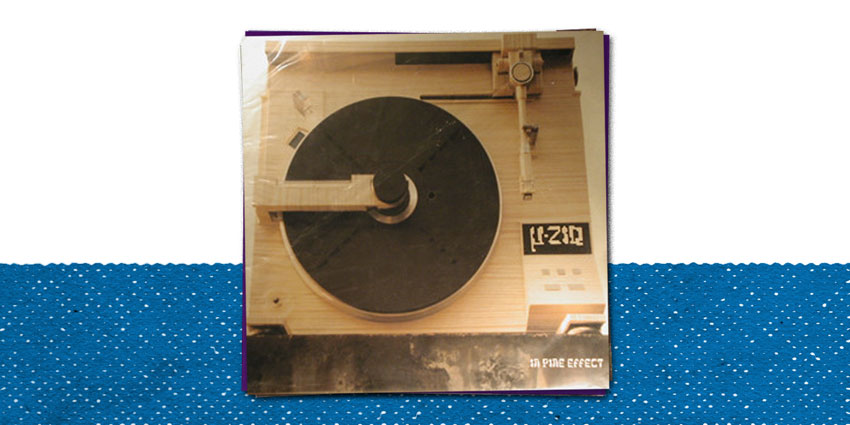 While drawing influences from IDM master Aphex Twin and even appearing on his Rephex label, µ-Ziq (pronounced "mu-zik") cut his own dynamic path on his stellar third album, In Pine Effect. The English producer's use of live strings and horns alongside drum 'n' bass breaks and hyper-detailed drum programming proposed a new branch of the IDM family tree that's unexpectedly organic. And as the founder of storied electronic label Planet Mu, µ-Ziq's contributions to IDM and experimental electronic music go well beyond his own material. 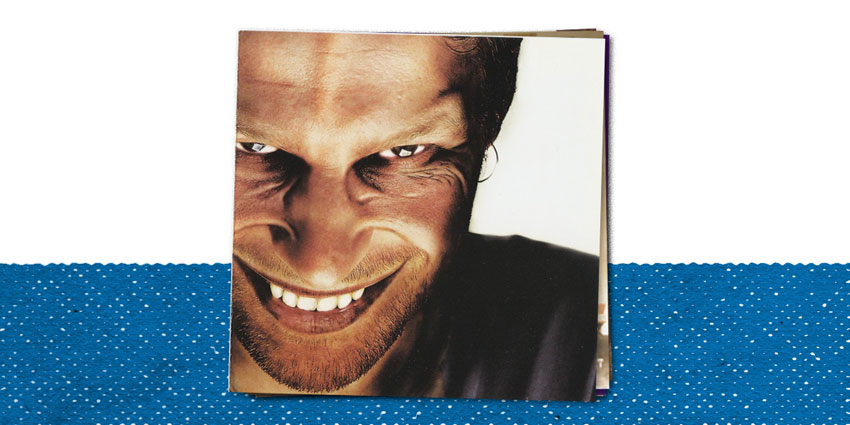 Aphex Twin's Richard D. James Album is perhaps the best-known IDM release of all time. Released in 1996, the album's twisted, hyperspeed percussion is as unpredictable as it is thrilling, collapsing its rhythms almost as fast as they're laid out. Despite its mercurial nature, the album contains some of Aphex's most memorable tunes and is a highwater mark for IDM, pushing the genre beyond its relaxed roots almost to its breaking point. 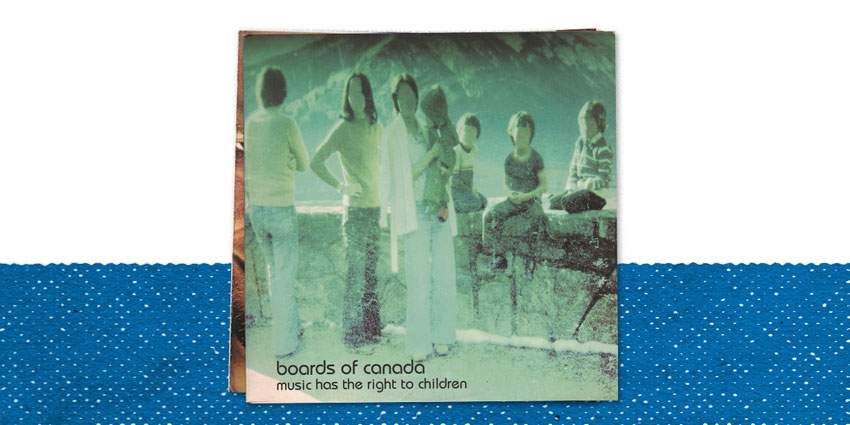 Music Has the Right to Children

Although comparatively more serene and direct, Boards of Canada's 1998 debut album, Music Has the Right to Children, is one of the most widely adored IDM releases. The Scottish duo's hip-hop–indebted beats provide a sedate pulse beneath hazy melodies and samples that are eerie and calming in equal measure. This is rainy afternoon music at its best. And having been originally released by Warp only to be re-released on a much broader scale by indie powerhouse Matador Records, "Music…" greatly expanded the reach of IDM sounds beyond its nerdy core. 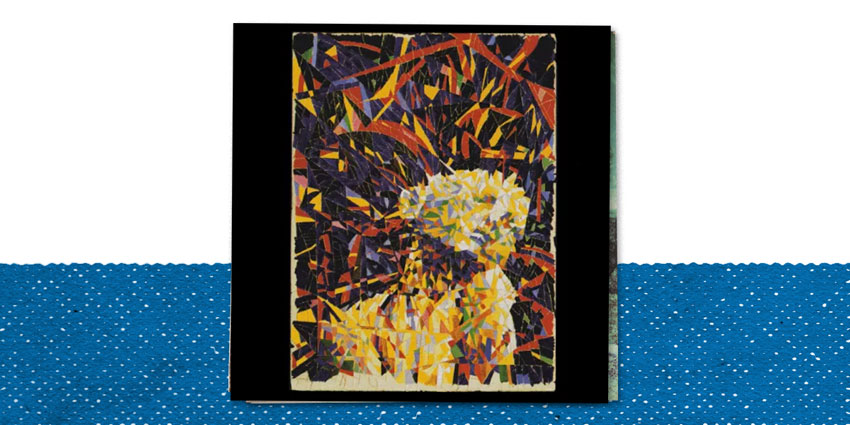 Jega's 1998 debut album, Spectrum, is a shining example of what IDM sounds like when a producer has been raised on the work of Aphex Twin, Autechre, and µ-Ziq. The UK producer's kaleidoscopic blend of speedy d'n'b breaks, ponderous melodies, and the occasional live instrument is clearly linked to IDM's founding fathers but wholly entertaining in its own right. Spectrum was also picked up by Matador after Planet Mu's initial release, signaling the great thirst for IDM music in the late '90s. 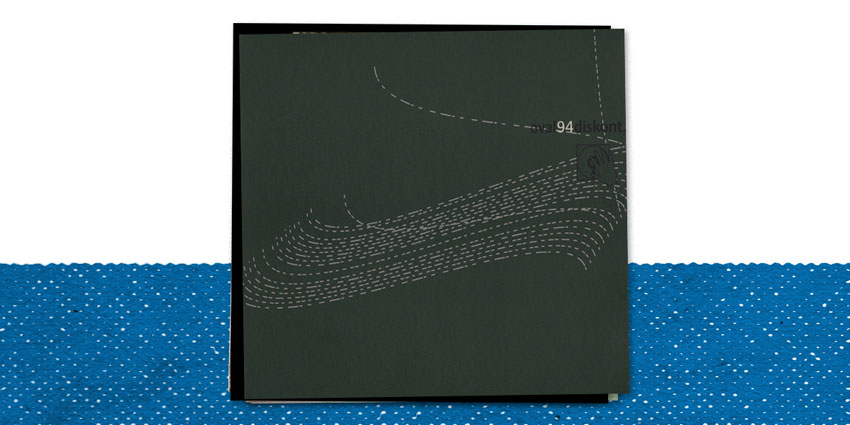 A genre as nerdy as IDM encouraged some producers' most-experimental instincts to flourish, leading to another branch of the sound that reveled in glitch aesthetics. Oval was a key figure of this offshoot, with his 1994 album Systemisch pioneering the use of scratched CDs to create erratic and unusual tracks. But on the 1995 album 94diskont, Oval refined this process into something more enjoyable than merely interesting, a glitchy but pleasant ride on a sea of electrical currents. 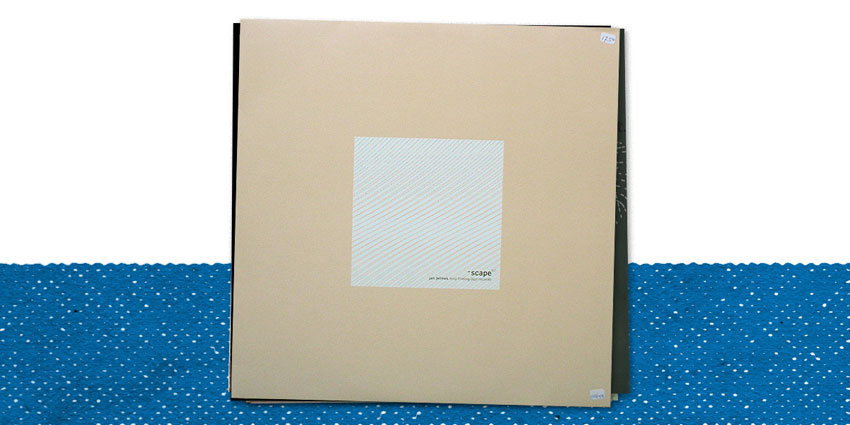 No discussion of conceptually driven IDM would be complete without Jan Jelinik's superb 2001 album, Loop-Finding-Jazz-Records. Splicing together microsamples of jazz records—including the crackling vinyl itself—into hypnotic, moody etudes, the German producer plays with listeners' expectations of what jazz can sound like. With nods to ambient, deep-house, and glitch, the album's hovering beauty makes it the perfect soundtrack for a lazy day, a solid hangover, or moments of quiet reflection. 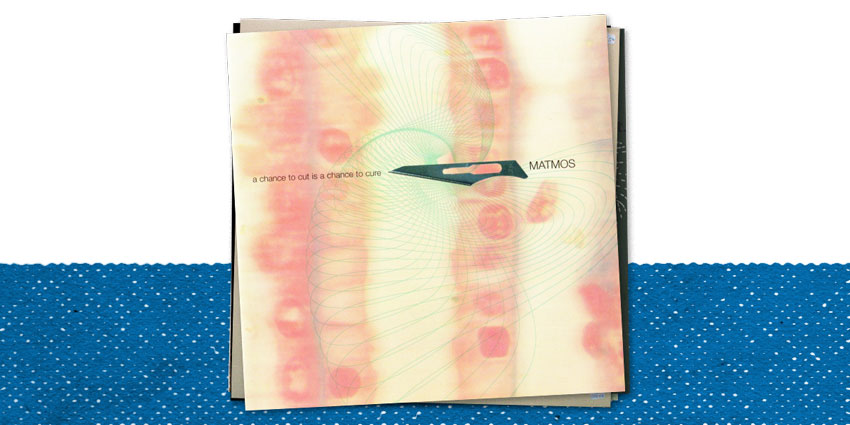 Perhaps the pinnacle of conceptual lDM is Matmos' 2001 masterpiece, A Chance to Cut Is a Chance to Cure. Deriving the majority of its sounds from samples of medical procedures like liposuction and plastic surgery, as well as medical equipment like bonesaws, the Baltimore-based duo managed to create something oddly compelling and decidedly odd at the same time. Admittedly this record wanders into house and techno tropes, as well, but its conceptual slant makes it naturally attractive to IDM fans.