While music is what drives us, record collecting isn't always strictly about the sounds rising from the grooves. There are other reasons to collect vinyl besides music and sound quality.

Sometimes, it is the thing-ness of the record that grabs our imagination. So, let's take a moment to celebrate the album as object. Whether for the aesthetic appeal, the attached memories, or the sheer rarity of a release, there are some great reasons to own records whether or not you like the music they hold. We look at five of these reasons below.

The tactile experience of records is not to be denied. An album's sonic journey is one thing, but holding a record in your hands and poring over the liner notes, cover art, sleeves, and other included ephemera while the music plays is as interactive as it gets. These albums give plenty to hold your attention: 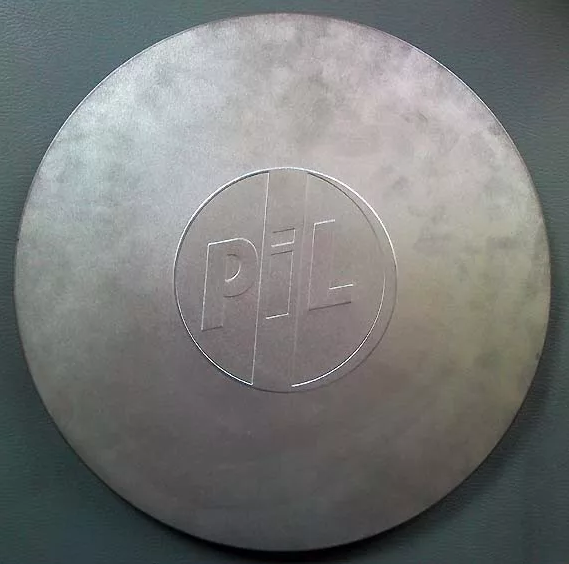 Issued in a film can, Public Image Limited's landmark album is a perfect match for the band and music. The records are not exactly easy to get to, the set will not fit in with whatever it's next to on the shelf, but it is an industrial work of art (in spirit, if not in genre). 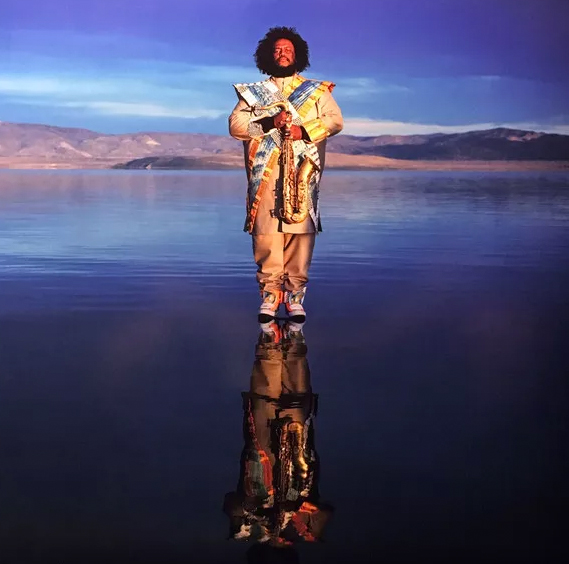 If you pick up this set on vinyl (and you really should, as it is stunning), you may notice that it's a bit heavier than it looks. Hidden deep within the gatefold's already amazing art lies another treasure. A third disc, The Choice, is secretly inserted within the jacket.

The Rise And Fall Of Paramount Records, Vol 1 and 2

Volume 1 is housed in a handmade, quarter-sawn oak case with brass fittings and green velvet interior. Within are six wood-grain-colored vinyl records in an album ingeniously made from a single piece of birch. There are two books of research and artist bios, advertising reproductions and a brass USB fob with 800 songs from the early days of Paramount. Volume 2 has a metal case that looks like an art deco portable record player. Inside are two more books, ad repros, and an art-deco falcon USB stick with 800 more songs. 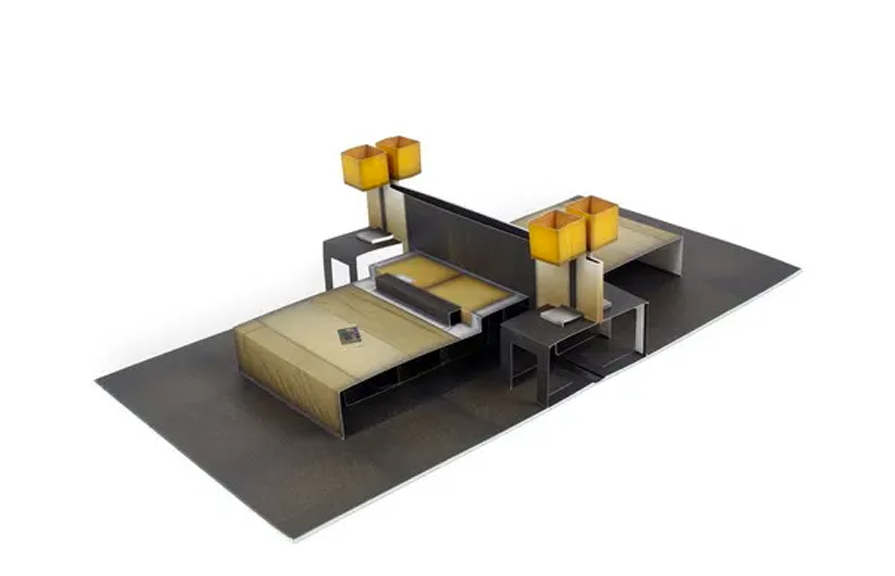 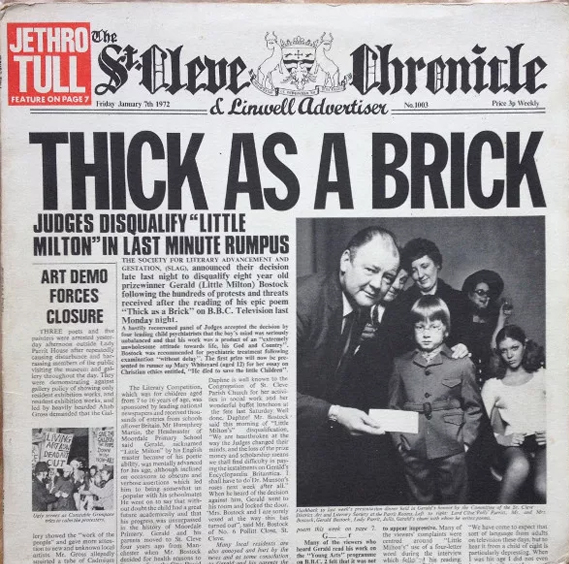 Thick as a Brick

It started as a joke and become so much more. Tull's good-natured satire of prog originally came with a mock newspaper tipped into the gatefold—and not just a few Onion-y headlines. This was an entire newspaper that told the story of a fictional town, a wayward 10-year-old poet, and some rabbits. 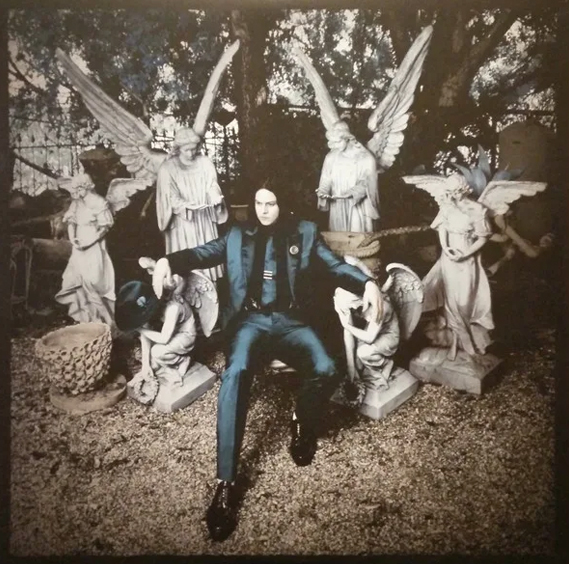 This record has one matte side, one glass, a double-grooved intro so it plays electric or acoustic depending on stylus placement, a reverse groove on one side so it plays inside out, hidden songs at different RPMs under the center label, and dancing angel holograms in the dead wax. There's also some music in there somewhere—and a Vault version with different cover art and colored vinyl.

Sometimes, a record takes on a mythical status that overshadows any of the music it may contain. These are the kind of records that you feel more than a little lucky for even just seeing. If your store has one, it's usually up on the wall with more digits left of the decimal than to the right, and the conversations around them can get intense. 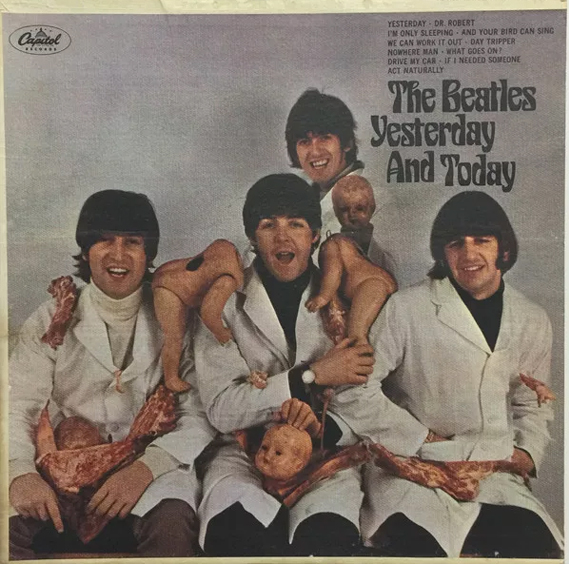 It's an oft-told tale, so I'll be quick. In 1966, Capitol released this collection of songs for the US market. The original cover did not have the loveable scamps standing next to luggage. No, they were covered in meat and doll parts. There's lots of speculation why, but ultimately it doesn't matter. The album was pulled almost immediately. Some still made it out in the wild though. This is especially true of copies where the original art is hidden by a large stick-on cover with the new family friendly art. You can find these so-called "unpeeled butcher cover" more easily than the originals. 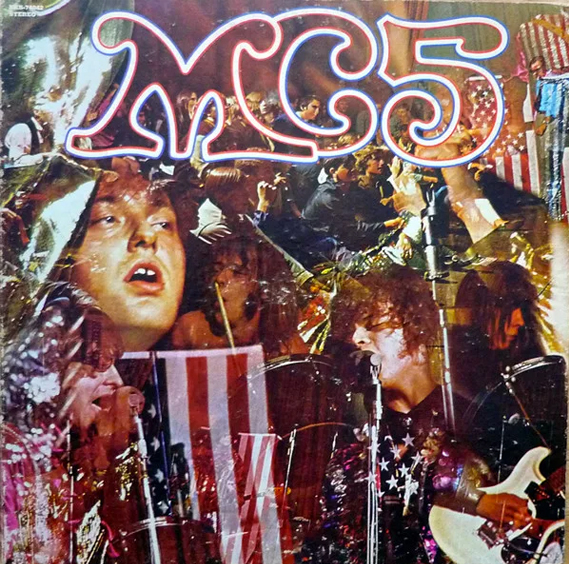 Kick Out The Jams

Most original copies of this barn burner have been censored, which is a shame. "Kick Out The Jams" has one of the best rock 'n' roll intros ever. Still, however, it is possible to find early pressings with the "bad" words in place rather than the less stirring "brothers and sisters!" The good news is that most re-issues have opted to keep it real. 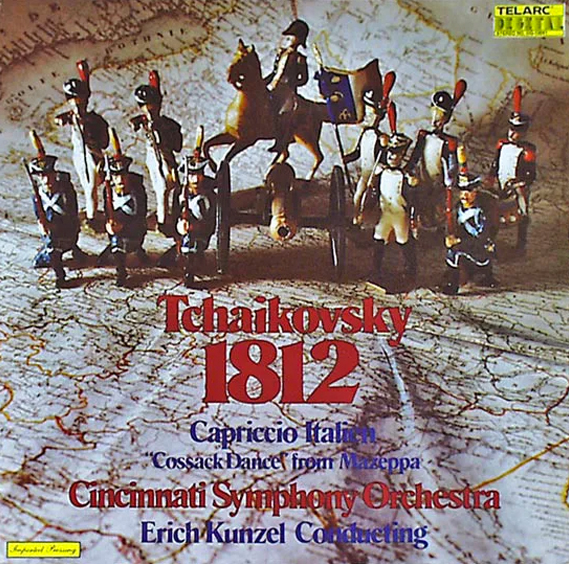 In 1979, Telarc released a version of this recording that featured live cannons—without compression—in all their full-force dynamic glory. These kick in at the end of the side while your turntable is already dealing with possible inner-groove tracking issues. Suddenly, BOOM. A lot of systems can't handle it. Styli jump, speakers get roasted, amps clip out. It is a real test of your system. I think most people who seek out this pressing aren't into classical so much as into watching their system try and keep up. There are less dynamic copies out there, so watch for the ones with "A11 SR" in the run out. 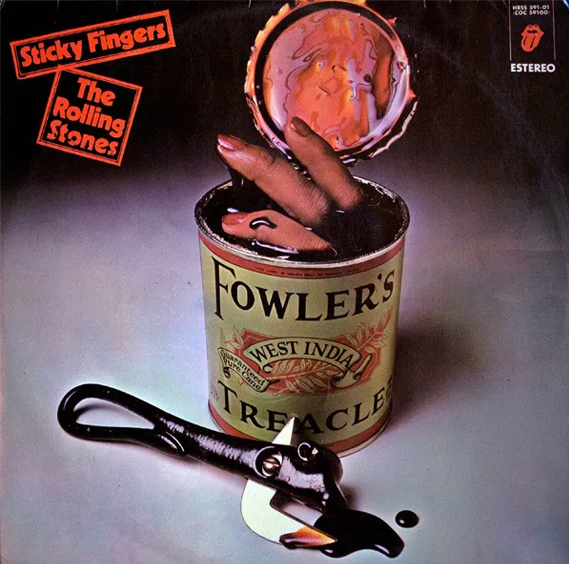 When the Stones released this album, Spain was still under Franco's rule. As such, the Warhol-designed zipper cover was deemed inappropriate and was replaced by… a can of fingers. Also, "Sister Morphine" was ditched in favor of the band's less-controversial take on Chuck Berry's "Let It Rock."

It's way fun to own a record that none of your friends have. That's a simple truth. We all like having that cool, envy-inducing album that we leave laying out for all to see. "What, this old thing?" Or, maybe we're less jerky about it. Whatever. The point is, rarity is fun. Does your copy have this cool bit? 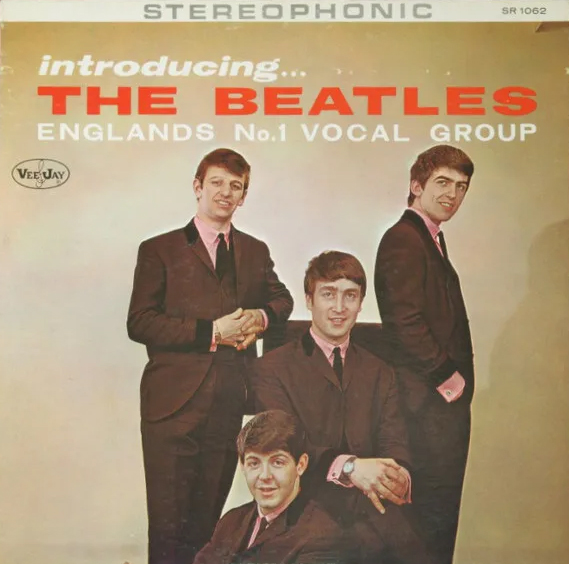 The Beatles released their debut album in the US on Vee Jay Records. Supply never had a hope against demand. As such, there are far more knock-off copies out there than real ones. A genuine copy is pretty hard to find. 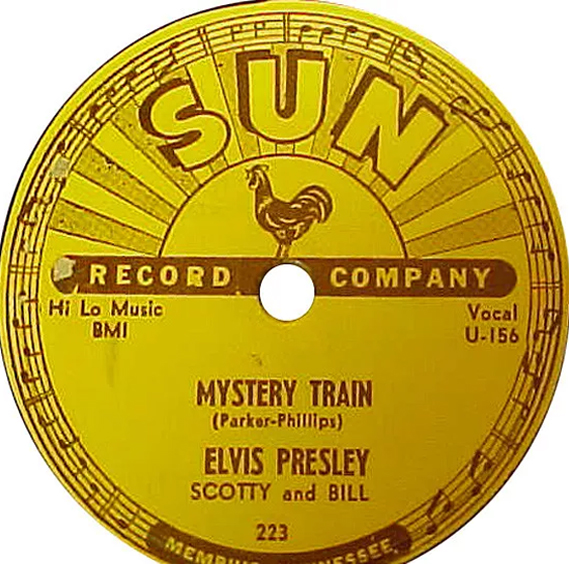 Elvis only recorded five singles for the Sun label before he moved on to a major label. This was Elvis about three minutes before he was Elvis, so genuine copies of The King's original singles are very rare—and come at a premium. 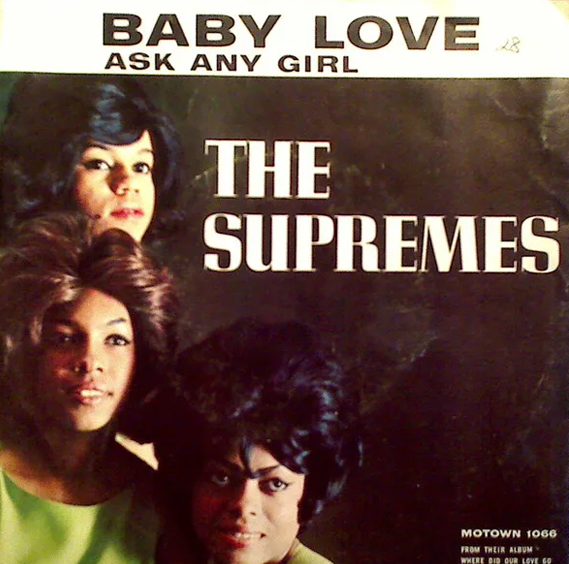 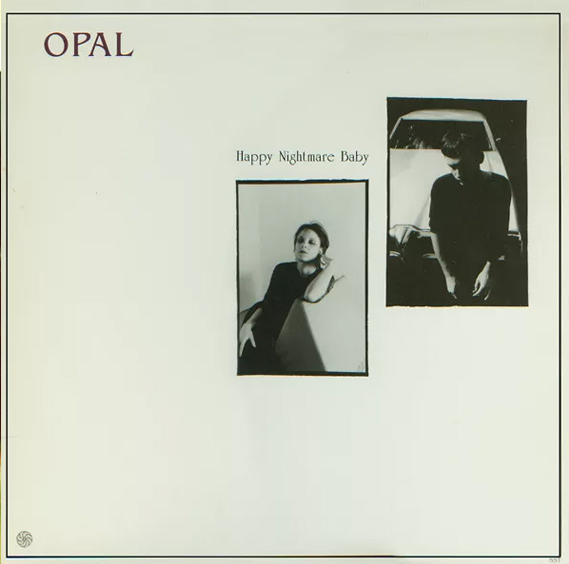 Opal released a handful of records prior to their singer's, Kendra Smith's, departure. She was replaced by Hope Sandoval, and the group carried on as Mazzy Star. This full-length is way, way overdue for a reissue. In the meantime, enjoy having a rare classic. "Rocket Machine" is the best song almost no one has heard. 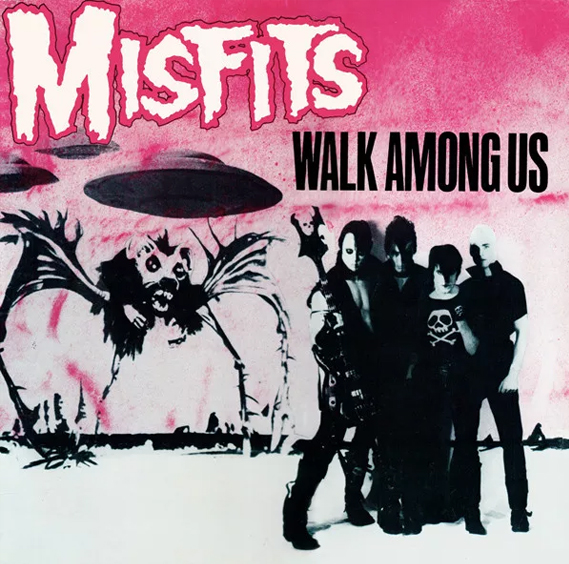 Chances are you have this album. Chances also are that you do not have an original issue on Ruby Records. While The Misfits (and their T-shirts) are as big as it gets now, they were fairly underground when this album debuted. By the time the square world started catching on, we'd all gone to CD. Warning, original pressings fetch a bit of cash now. 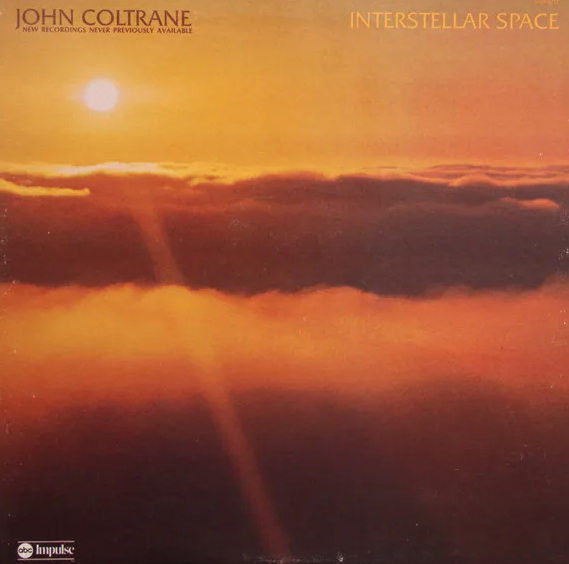 Even though it was recorded in 1967, the album was not released until 1974. While not a high-selling album, it does feature some amazing work by Coltrane, who was continuing to find new horizons his entire career. Original pressings have been mixed in a sort of pseudo-quadraphonic sound that folds down just fine to stereo.

I would never recommend record-collecting as any kind of investment strategy, but some records are definitely worth serious money. There are, of course, those that consider flipping to be just another f-word. Yet others enjoy the hunt and haggle. But if you help a record find a good home and make a few bucks in order to buy a few more for yourself, I consider that a win-win.

Original Blue Note Records: Blue Note is arguably the best jazz label that ever was or will be. Everyone from the '50 through the '70s recorded on Blue Note. Most of these legendary albums were recorded, mixed, and mastered by Rudy Van Gelder, a man synonymous with great music. There are many guides online to tell you what's what, but generally speaking; the older, the better for value on these. Especially the mono mixes, like this one from Art Blakey and the Jazz Messengers.

The Beatles In Mono: In 2014, the unthinkable happened. Apple Records allowed access to the original mono tapes so that a run of reissues could be cut from them for an all-analog release. It probably won't happen again, and now those records from 2014 are out of print. The price for the individual titles are on the move, but the box set that collects all the titles and includes a book is getting the big money, and is well worth it.

Geto Boys' "Gangsters Of Love": In the early(ish) days of hip-hop, singles ruled. The dancefloor was where it was at. Groups were competitive in getting their music out there for the people. Sometimes, a small run of a record would be made in order to get it into the club immediately. This single is one of those rare—and now valuable—items.

Gypsi Fari's "Chi-Town Reggae": Collectors of funk and reggae have been known to dig deep for some lost classic or obscure single. This record would be at home in any collection of either kind of fan. Like hip-hop, many great reggae tracks were released in small numbers in hopes of lighting up the dancefloor (and maybe scoring a radio hit). Many of those songs, such as "Chi-Town Reggae," are amazing, but they didn't make it beyond the club, leaving only a few prized copies for collectors.

Many of us have powerful memories tied to records. They were there when we were mopey teens or when we had that crazy party. They were there at weddings, funerals, and endless afternoons. Maybe they belonged to a loved one who is no longer with us.

Some of mine spring from my childhood. We were crazy poor when I was a kid. We were living in some remote corner of Northern California, 90 miles from the nearest grocery store and even further from the nearest opportunity for a better life. Records were luxuries we rarely could afford. I remember my dad saving up for a copy of Houses of the Holy, his favorite album.

It took him weeks to save up for this. My mom went into town for our monthly shopping and returned with a copy from Kmart. Dad played it so loud that day it knocked all the pictures off the walls. And he did so again pretty much every day for a few weeks.

He's gone now, but this is how I remember him. Above, you can see a selection of records that take me back to somewhere far away. I might not listen to them always, but I will always keep them near.