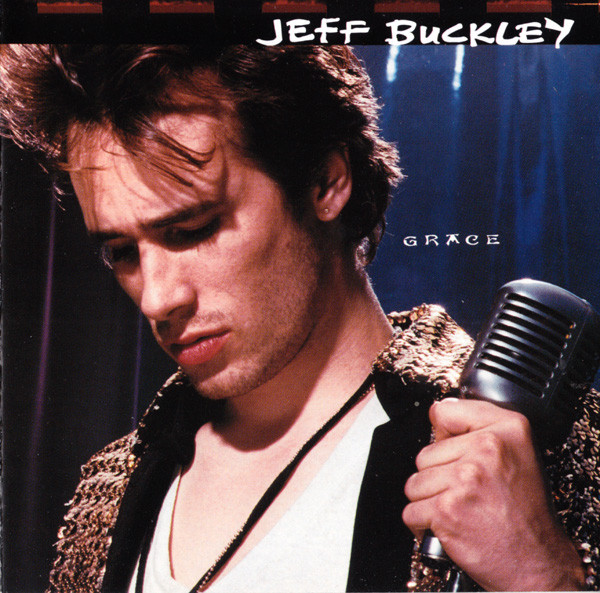 Twenty-five years ago, Jeff Buckley released one of the great rock debuts of the late 20th century. A sprawling and mature work, Grace was hailed on its release as a major work, the expectation being that it heralded the arrival of a long-term talent to follow in Columbia Records' imperious lineage of Dylans and Springsteens.

Three years later, Buckley's tragic early death before he'd finished a follow-up left Grace as his only completed album, but in some ways that has only enhanced its legacy. Notable admirers included David Bowie and Bono, while Thom Yorke reportedly found the confidence to sing "Fake Plastic Trees" in falsetto after seeing an early Buckley live show in London, and a million mystery white boys with Telecasters have since tried the same.

But where did Grace come from? Here are six albums that point the way. 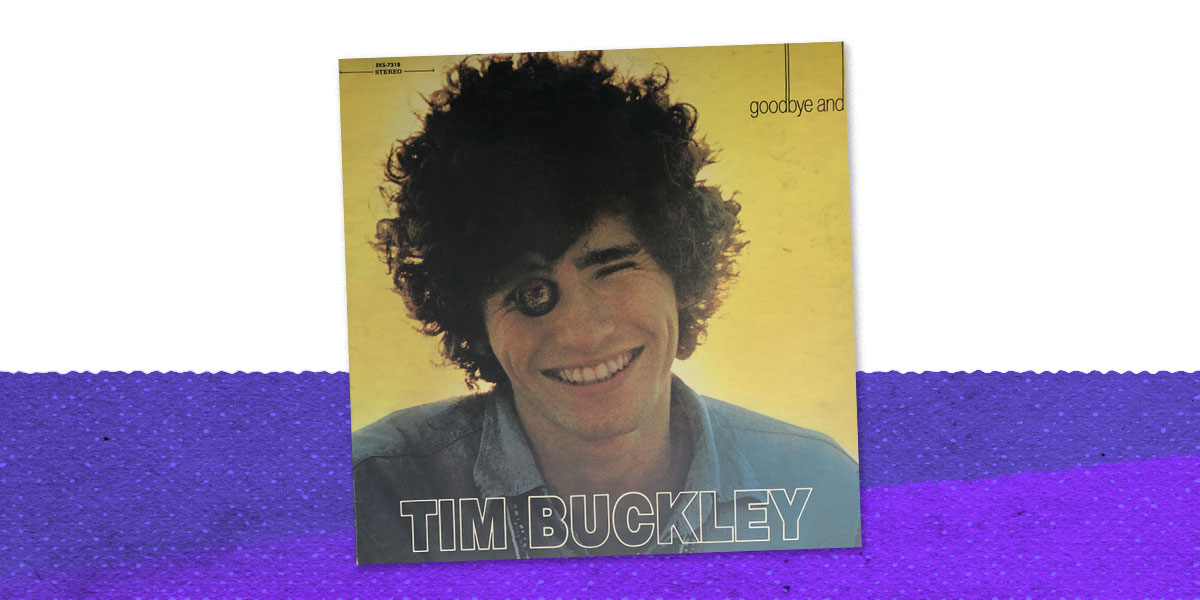 Living up to a famous father's legacy is difficult enough at the best of times, and even more so when that famous father died young and only found time to meet you twice. It's little wonder then that Buckley the younger was keen to distance himself from any comparisons of the two, on one occasion remarking bluntly, "The only thing my father ever gave me was a fleeting glimpse." But it's also hard not to see similarities in how their voices soared through the octaves, or in the way their music stretches out beyond the usual confines of rock into jazz, soul, and funk.

Whatever Jeff might have felt about his father and his legacy—and the line above gives us a pretty good idea—he agreed to perform at Hal Willner's Greetings From Tim Buckley tribute event at St. Ann's Church in Brooklyn in April 1991. That night, in his first major public appearance, he sang two songs from Tim's second album, Goodbye and Hello: the wistful "Once I Was" and a raging and somewhat pointed take on "I Never Asked To Be Your Mountain."

Performing alongside Jeff that night was Gary Lucas, the former Beefheart guitarist who would play a key role in the birth of Grace. Recalling the event in his memoir, Touched by Grace, he writes, "Jeff started to sing, the lights threw his shadowed profile on the wall behind us, and the crowd went quietly berserk. … How ironic that his first utterance at his first major appearance in New York was a lyric that seemed to call into question his whole relationship with his father … just as Tim's song had originally called into question his relationship with Jeff's mother and their young son." 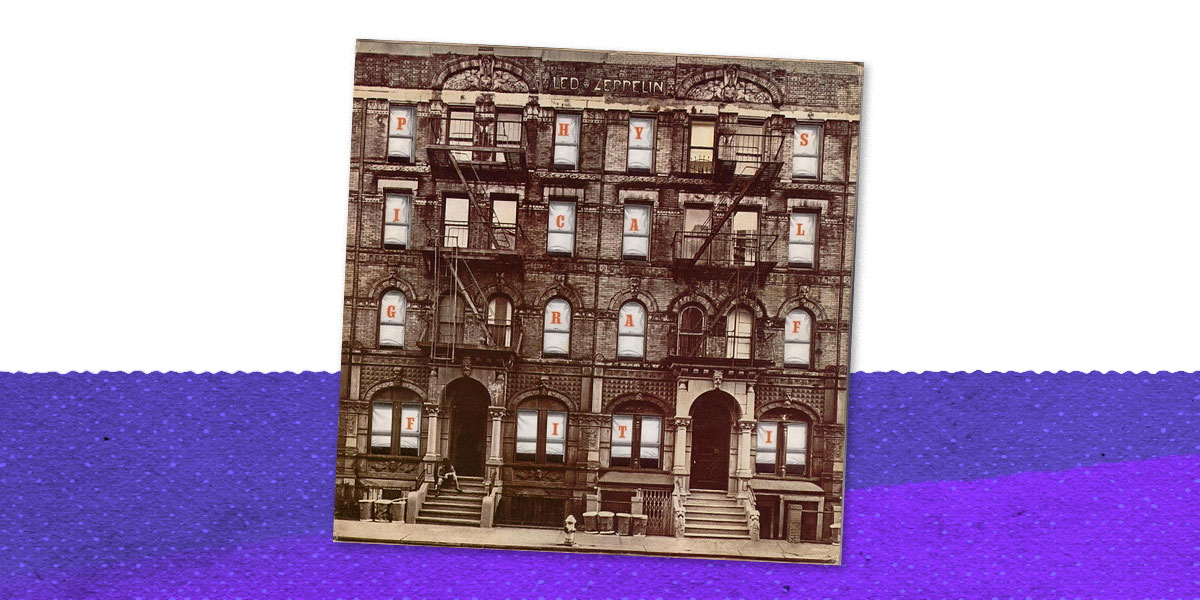 A regular point of comparison in reviews of Grace was Led Zeppelin, and in particular the voice of Robert Plant, whom Buckley himself would call his favorite rock singer. (The feeling was mutual: Plant would later tell CBC's Q TV that Buckley "had much better chops than me.")

The double-disc Physical Graffiti, the British group's first release on their own Swan Song label, might well be the album that had the greatest formative influence on Buckley. There's a fairly straight line to be drawn from the seesawing strings and guitars of "Kashmir" to Grace's title track, while "Night Flights" was among the wide-ranging list of songs Jeff would cover in his early solo sets in New York. And he was fan enough of the album that he treasured a vinyl bootleg of Physical Graffiti demos as much as, if not more than, the original.

While studying at the Guitar Center in Los Angeles in the late '80s, Buckley had learnt to play all of the instrumental parts from numerous Led Zeppelin songs note-for-note. "The cool thing about all those Zeppelin songs," he told Interview magazine in 1994, "is that, because of the way Plant sings, if you put them into a different musical setting, they would sound like R&B songs. With Led Zeppelin, everything was out of tune, and Plant sang wrong notes. But he was the one that showed me that there aren't any wrong notes." 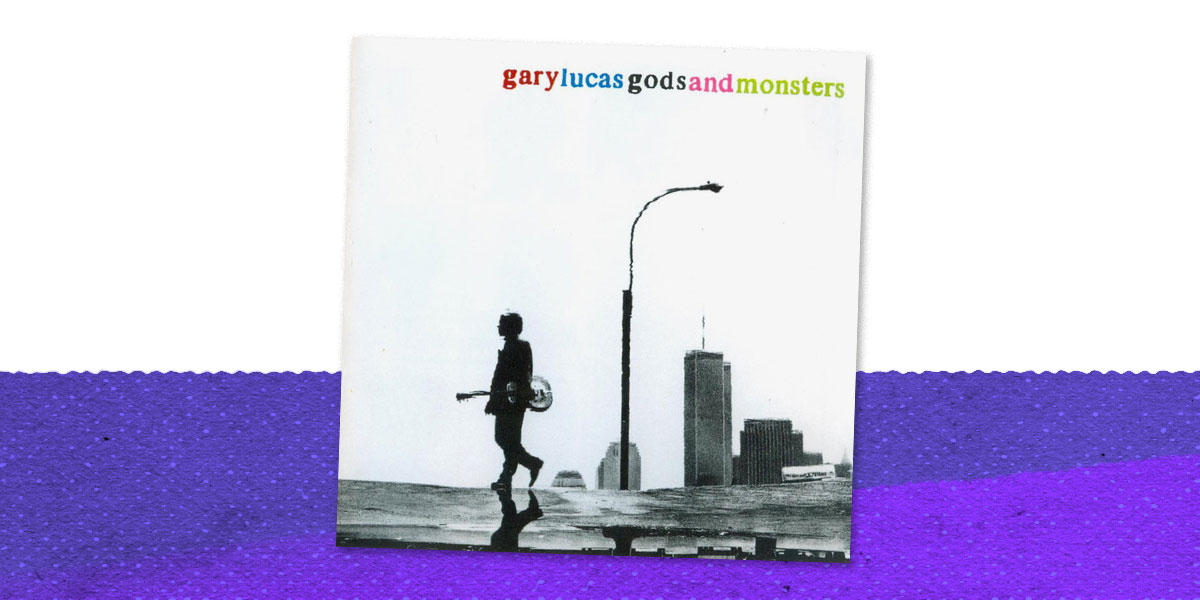 By the time of his star-making performance at St. Ann's—and in between various musical odd jobs, like touring with a band playing the music from The Commitments—Buckley had become a regular visitor to Lucas' home studio, where they worked together on songs with titles like "Bluebird Blues," "And You Will," and "Rise Up to Be." The latter pair would eventually become the opening salvo on Buckley's debut, "Mojo Pin" and "Grace," for which Lucas is thanked in Grace's liner notes for his "magical guitarness."

For a brief while, it had looked like Buckley might be the Jim Morrison–like singer Lucas sought for his psychedelic collective Gods and Monsters, but their musical alliance collapsed after an ill-fated showcase gig back at St. Ann's in March 1992. That fall, Lucas released a solo album, also called Gods and Monsters, that offered hints at what might have been, and at the aesthetic ideals the two men shared, with its genre agnosticism and a diversity of material (notably a medley of Miles Davis' "Jack Johnson" and Suicide's "Ghost Rider") that Buckley would echo in his solo sets. 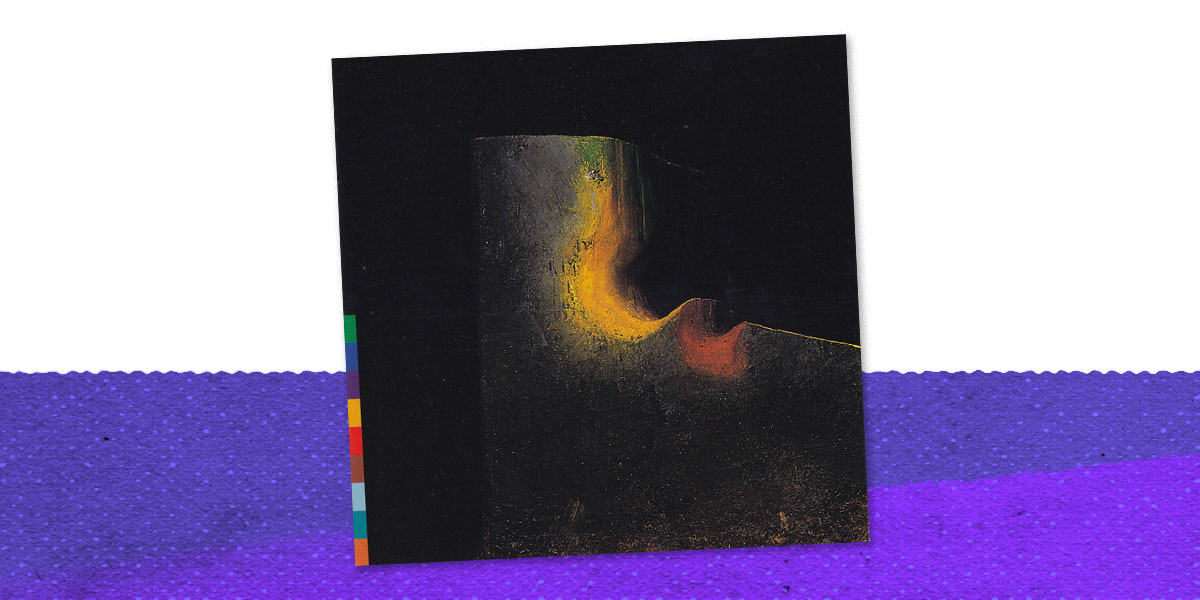 "Part Buddha, part demon, part mad angel … his voice is velvet fire, simply incomparable," Buckley writes in the liner notes to Nusrat Fateh Ali Khan and Party: The Supreme Collection Volume 1. "His out-and-out daredevil style, and his sensitivity, puts him in a category all his own, above all others in his field."

A singer of unparalleled strength and control, the Pakistani vocalist Khan brought international prominence to the Sufi devotional form of Qawwali. In 1988, after appearing on Peter Gabriel's soundtrack to The Last Temptation of Christ, he signed to Real World Records and began a run of albums that brought him further exposure in Europe and North America.

It was shortly after this that a roommate played Khan's music to Jeff, and the effect was immediate. He became, as Buckley later put it, "My Elvis." You can hear his influence in the controlled ululations on tracks like "Mojo Pin," as well as in the use of harmonium on "Lover, You Should've Come Over" and the tabla rhythms on the closing "Dream Brother."

I'm Your Fan: The Songs of Leonard Cohen 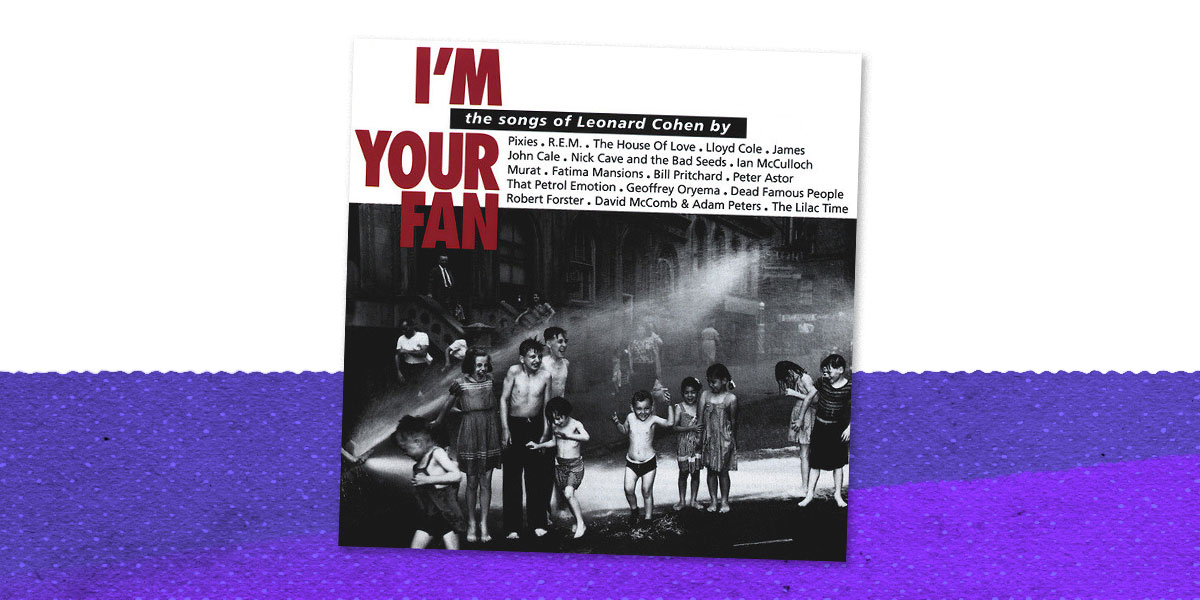 As much as Grace marked out Buckley as a major songwriting talent—prompting no less than Bob Dylan to call him "one of the great songwriters of this decade"—it also confirmed his gift for interpreting songs by other writers, and no more so than in his version of Leonard Cohen's "Hallelujah."

Jeff was clearly a devoted Cohen fan—the lovingly recreated online version of his record collection includes no fewer than 12 of his works, including several live discs—but his interpretation of "Hallelujah" was inspired less by the Cohen's own recording on the song (from 1984's Various Positions) than by the softer reading by Velvet Underground co-founder John Cale on the compilation album I'm Your Fan, which teased light and shade from its author's gruffer original.

In Buckley's version (enshrined since 2014 in the Library of Congress), the song took on an even greater transformative power. It would become perhaps his most recognizable recording, soundtracking myriad dramatic television moments and inspiring countless talent-show performances. At its heart is a redemptive and universal quality brought to full flower in Buckley's version. "That's what it's about," Cohen later noted. "You're not going to be able to work this thing out. There's no solution to this mess." Nothing but a tired and broken hallelujah.

Wild Is the Wind 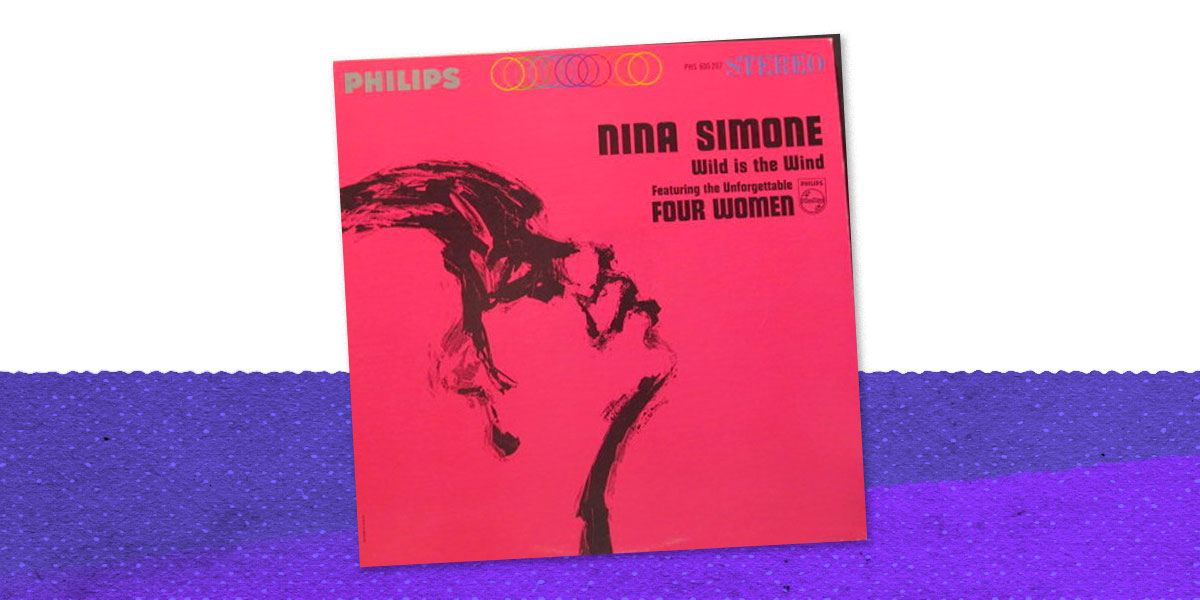 Simone's 15th full-length LP in just eight years was compiled from songs that hadn't made the cut for previous albums, but to call them leftovers would be far wide of the mark. Alongside perhaps her single greatest composition ("Four Women"), Wild Is the Wind includes some of her finest recordings of others' material, including "If I Should Lose You," "Black Is the Color of My True Love's Hair," a magisterial live version of the title track, and James Shelton's "Lilac Wine."

Buckley would perform both of the latter pair live (albeit only once in the case of "Wild Is the Wind"), and made room on Grace for a sumptuous take on "Lilac Wine" that is very much a cover of Simone's cover. "I love her taste and her sorrow," Buckley once said of Simone, and it's this that rises to the fore in "Lilac Wine," and in self-penned Grace tracks like "So Real" and "Lover, You Should've Come Over."

Summing up his influences and interests in the aforementioned Interview magazine piece, he cited Simone and Khan as examples of performers who showed that music, much like his own, "should be free, should be penetrating, should carry you."