Every day, more and more people are stepping back into the world of vinyl. Each person who makes this choice silently declares to care more about their music collection, to pay more attention to detail in the recordings, and to stop taking advantage of the time and effort poured into these wondrous works of art. But it’s important that this same level of care be applied toward the physical preservation of your vinyl collection. To help you maintain their quality and condition, we’ve compiled this list of things to avoid doing to your records. 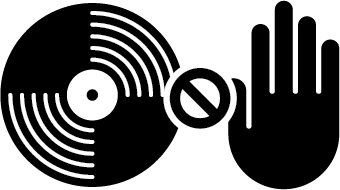 This is one of the first things we all learn about handling vinyl records but it’s for good reason. The labyrinth of grooves on our vinyl surfaces acts like a dirt trap. These grooves hold on to skin particles, dust, oil, and much more. Not only will these matters build up over time, but they will attract other atmospheric particles that your stylus can push into the record’s grooves, eventually causing pops and cracks during playback. That said, it’s imperative you take the extra time to keep your hands around the outer edges of the record. Be delicate with these treasures and try not to let your hands, or anything else for that matter, run across the vinyl’s surface. You have to be a bit more careful, but your ears will thank you for it in the long run.

Sure, having a turntable invites the super cool prospect of using your hands to cue up a record or skip to whichever track you want, but this is actually a dangerous maneuver. The best practice here is to use the turntable’s cueing lever. The cueing lever is designed to help you aim for the gaps between songs and lower the needle slowly and safely. Our hands simply aren’t perfect, and the more we drop the needle down too abruptly in a spot where audio is already playing, the more we gouge our vinyl.

Additionally, never drag your needle across the record for any reason. Also, be patient and wait until a song is completely finished fading out before pulling the needle up, or else your favorite album might end up sounding like a bowl of Rice Krispies. 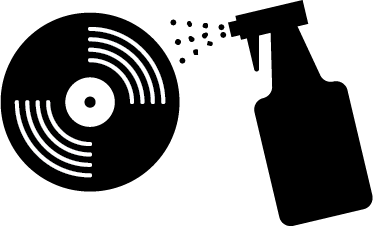 It seems like everyone has their special method of cleaning records. You’ve probably heard of using anything from WD40 to toothpaste... Don’t believe the hype. Avoid using anything containing acetone, as this agent can react chemically with the vinyl, and in some cases can even melt the vinyl’s musical grooves. Avoid using thicker agents like dish soap—even if they are harmless from a chemical standpoint, they tend to be thicker and leave trace amounts of residue on your records. Even tap water can leave mineral deposits in places you don’t want them, so if you’re using water make sure it’s distilled.

It’s always best to stick to products that are labeled for use on vinyl records—this includes D4 and Nitty Gritty Pure 2. Many vinyl cleaning products contain at least some alcohol, which can also be damaging to records, especially with repeated use. So while cleaning records in this manner can be necessary, try to keep your albums as clean as possible with a dry brush and good storage habits. When it comes to wiping down a record, throw-away towels, old t-shirts, and paper towels are no good. These items are almost always dirty or have catches in them that will scratch your vinyl. Instead, use a carbon fiber brush—they are extremely soft and designed to attract dust particles rather than leave them behind.

Stop Picking Up Your Records From a Moving Platter

Yes, you’re very excited about your turntable setup and you can’t wait to bounce from one record to the next. However, it’s paramount that you wait until your record platter stops rotating completely before removing an album. Even if you pick the record up from the outside edges (good job, by the way), you could be doing serious damage to the underside of the record. So breathe, count to 10, and let that platter stop moving before you touch anything. 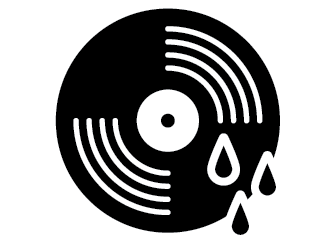 There’s a lot of talk about wet playing vinyl. This is when you play the vinyl with water or a cleaning solution on the record’s surface. The theory is that when an old record has scratches or gouges in it, you can play it while it’s wet and you won’t hear the crackles and pops that you would otherwise. Hold up. Even if this works in the moment, it’s not a long-term fix. In fact, this pushes the liquids down into the existing cracks where they dry and become even more of an issue. Just keep taking great care of your records and it won’t come to this.

Don’t Leave Your Vinyl Outside of Its Sleeve or Jacket

This one carries the same principle as a few of our other bullet points, wherein the more dust and dirt that gets onto your record, the more likely it is that your record will deteriorate. There is a lot more going on in your house than you might like to think, and the air is full of microscopic particles that would love to get into the grooves of your vinyl if given the chance. It’s always best to not give those arrogant particles the opportunity, so make sure you sleeve up your albums as soon as you’re done listening to them. 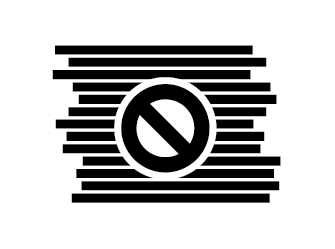 Everyone under the sun has had a record pile. Here’s the harsh truth: Stacking records horizontally is the number one cause of bowing, warping, and cracking. It doesn’t take long for this to happen, and if a record starts to bow up, you can pretty much kiss it goodbye. You also run the risk of cracking the records at the bottom of the stack by putting too much weight on them. All it takes is the classic milk crate, or any other appropriately sized bin. Sit your records up right next to one another, just like books, in a climate controlled environment and you’ll never have to say goodbye to a vinyl ever again.

Stop Dropping the Vinyl Into Its Sleeve or Jacket

You are guilty of this. I am guilty of this. It’s a fact of life, but that doesn’t make it right. It’s easy to open up a sleeve with one hand and carelessly drop an album into it with the other. It’s just a little bump on the head, what’s the big deal? On the contrary, continuously dropping that vinyl into its sleeve is the quickest way to break the sleeve. Not only does this leave our records homeless, but it destroys one of the most integral parts of our entire record collection: the album art. And, believe it or not, this little bump will actually cause damage to the outer edge of the record over time. Taking a couple extra seconds to carefully lower our records into their homes is well worth it in the grand scheme.