The number of people diving into record collecting is showing no signs of slowing down. It’s been at least 10 years since the “vinyl resurgence” kicked off, and it seems a pretty safe bet that this isn’t just going to be a passing fad. That said, with more new faces in the hobby, it’s always a good time to look at the sea of often confusing finer points. Today, we’re taking on the most common mistakes made when setting up a turntable. I’d like to say that I don’t have first hand experience with these mistakes, but I totally do. 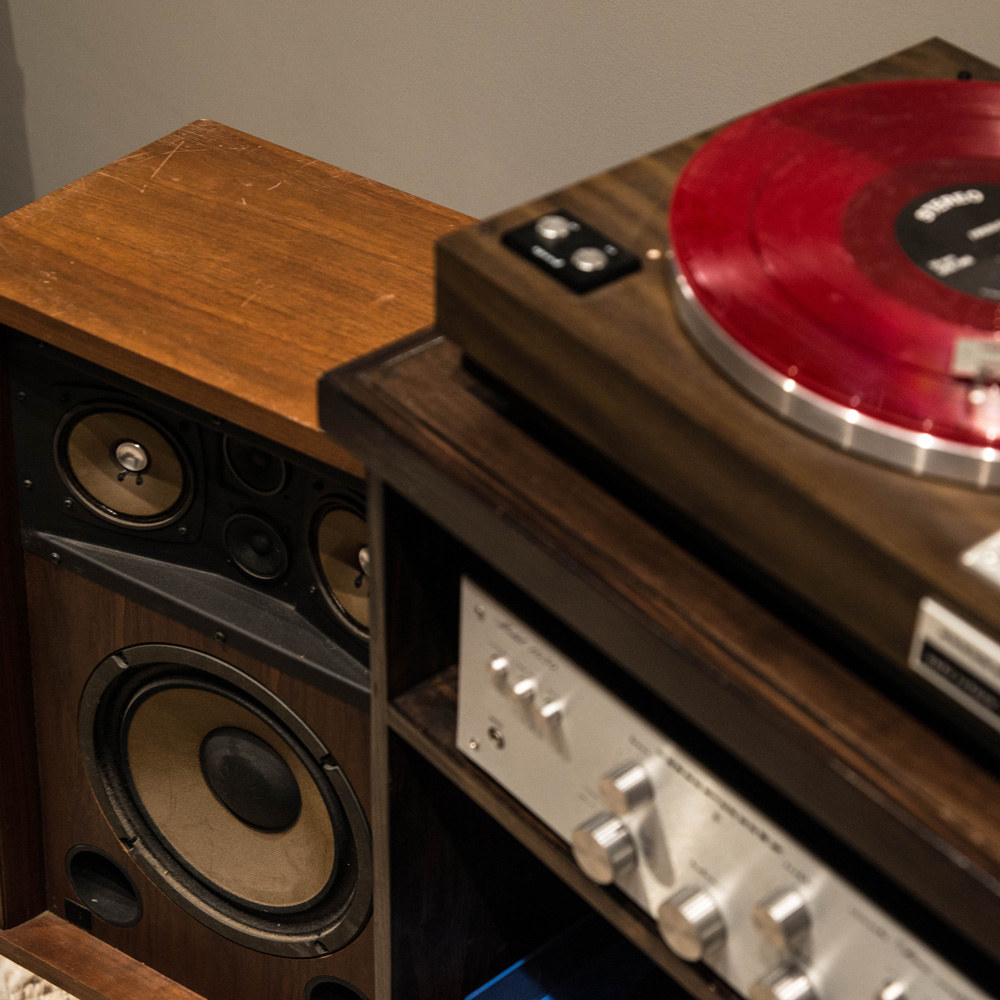 The Turntable’s Not Isolated

This is by far the easiest mistake to make on the list. Most of us are constrained by the available space in our homes for our stereo gear. We carve out a place and do what we can with it. The issue that most commonly arises is vibration. Your turntable’s stylus produces electrical current when it moves across the grooves of your records. The thing is, it doesn’t care if the vibration that causes its movement comes from the grooves, your dog spazzing out next to the turntable, or your speakers vibrating the turntable itself. It is best to have your turntable on a surface that isn’t subject to vibration. If that isn’t an option, you can look into getting an isolation platform to put between the turntable and its resting surface. You can even get upgraded feet for your turntable.

The Turntable’s Not Level

When I got my first turntable I probably went about a week wondering why my records didn’t sound quite right. Eventually, some kind soul pointed and laughed at my table. In my enthusiasm to get everything set up and ready to go, I had overlooked levelling the turntable itself. Chances are your turntable has adjustable feet. Get a bubble level and make sure your deck is perfectly horizontal. Not just left/right, but front/back too. Having one side high can cause your platter to spin at an uneven speed or possibly wear out faster due to the strain.

The Stylus Is Dirty

There are people (I won’t name names) who just wait for the fluff to build up on their stylus and then pluck it off with their fingers. This is... less than optimal. Your stylus is the contact point between you and your music. It’s important to keep it clean and healthy. Touching it directly is a bad idea, as your fingers give off lipids that will only make the stylus dirtier. Also, many styli are actually glued to the cantilever that connects them to the cartridge. You can accidentally knock it free from the cantilever or even bend the cantilever itself. Both are bad. I recommend getting a stylus brush or a gel-based cleaner. They look kind of like gumdrops and you can just gently lower your stylus onto it, lift it back up, and the tacky polymers will have grabbed the dirt right off. 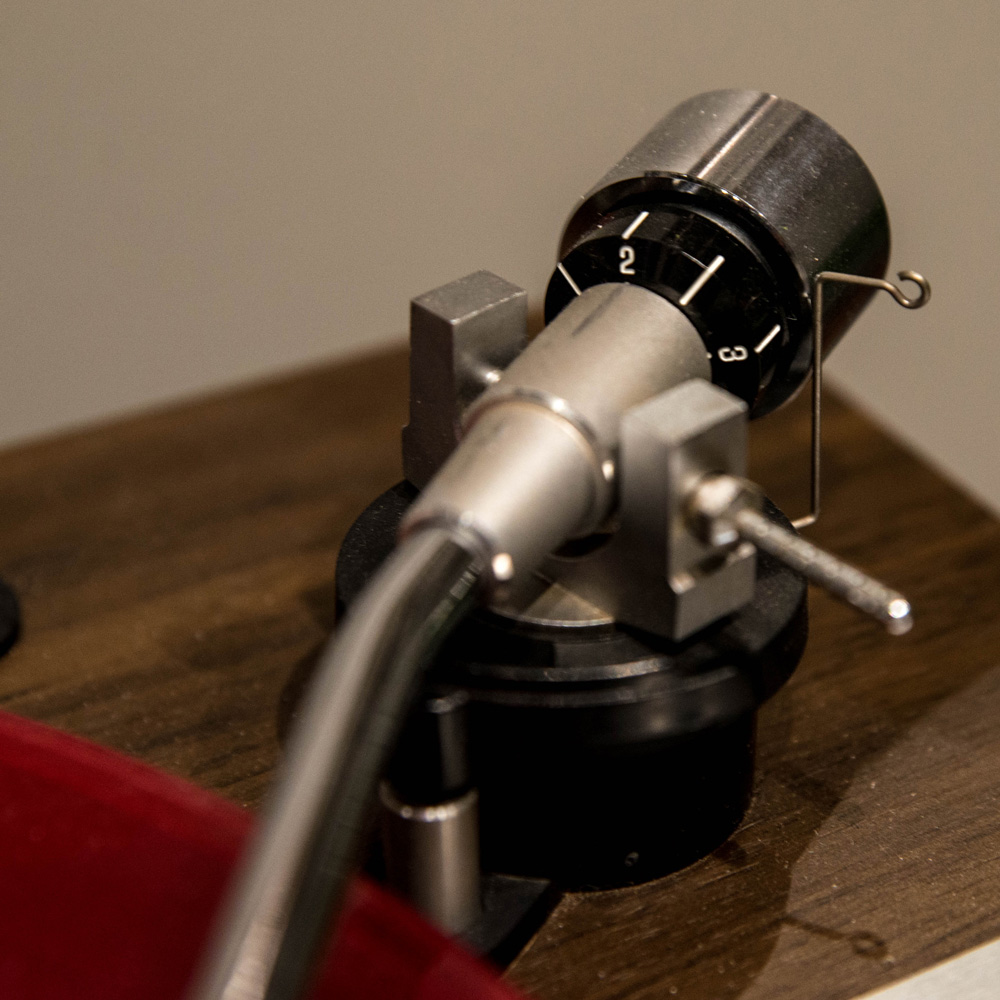 This is the downward force that your tonearm exerts on your stylus. This is pretty important to get right. Every stylus has a range of vertical tracking force (VTF) that it works best with. A quick way to set this is to dial back the counterweight until the tone arm “floats” or does not tilt up or down when you let go of it. Then turn the dial with the numbers on it, but not the weight, until the dial reads 0. Once you’ve done that you can turn the weight so that the end of the arm with the cartridge on it dips down. Don’t let the stylus smack the plinth (the base of the turntable). Once the number dial reads at the required VTF, you’re done. You can also buy scales for this if you want to get it perfect. If you do not know what VTF your stylus requires, no problem. Almost every manufacturer has their cartridge owner’s manuals available as downloadable PDFs. They’re just your favorite browser away. If your tonearm does not have an adjustable counterweight, there’s really not much you can do about adjusting VTF.

The Stylus’ Vertical Tracking Angle Is Off

This is a good thing to check if you know something is off, but you just can’t put your finger on it. The vertical tracking angle (VTA)—the specific angle where the stylus meets the record—affects not only the sound of your records, but also potentially their lifespan. A way to see what is going on here is to get eye to eye with your tonearm. You want the arm to form a horizontal line in front of you. Place a record (but not a 180 or 200 gram behemoth) on your platter and then lower your tone arm so the stylus touches vinyl. Does the tonearm dip down or is the cartridge end actually the highest point? If you said yes to either, you’ll want to adjust your VTA. Ideally, the tonearm is perfectly parallel with the platter. If it isn’t, there should be a ring that adjusts height, probably located at the base of the tonearm’s pivot. Not all turntables have adjustable VTA. But take advantage of it if yours does. 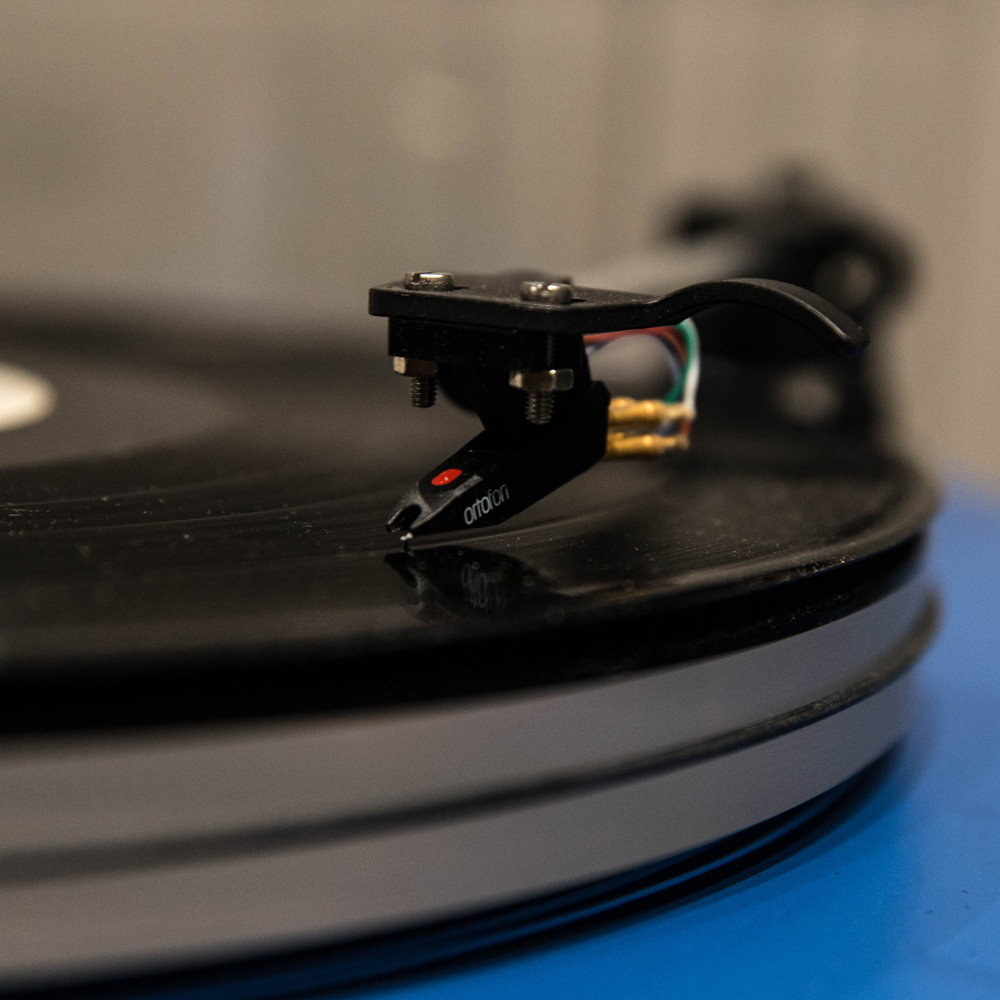 I know I’m spending some serious time on the tonearm and stylus here, but that is where the vast majority of mistakes are made. Not checking alignment is definitely an easy mistake that we’ve all made. Your cartridge needs to be lined up correctly in order for the stylus to properly sit in the groove. If the alignment is off, it can throw off your bass, soundstage, and clarity—and it can damage the grooves of your records. There are many protractors available to use to set alignment, and chances are your cartridge came with one as well. There is some debate over which protractor works best, but I’m sidestepping that debate here. Basically, the protractor will have two points and a series of parallel lines next to those points. You will place the stylus gently on one of those points and align the cartridge body with the parallel lines next to it. Then you will lift the stylus and place it on the other dot and adjust the cart until it aligns perfectly at both points. Sounds easy? It isn’t. As frustrating as it can be, it is pretty necessary though. Try to remain calm.

Buying a turntable will absolutely clue you in on how much dust there is in the world. Short answer, by the way, is lots. Dust is very bad, as it can get in the grooves of your records and not only slowly sandblast your stylus, but also become ground into the vinyl to the point that it will never come out. You’ll be stuck with the crackling noise forever. It’s always a good plan to leave your dust cover down when the turntable is not in use. You’ll also want to get an anti-static brush to use before and after playing each side of your records. If you want to get real fancy, there are even handheld devices that kill the static charge on your records. They work very well but are a bit pricey. 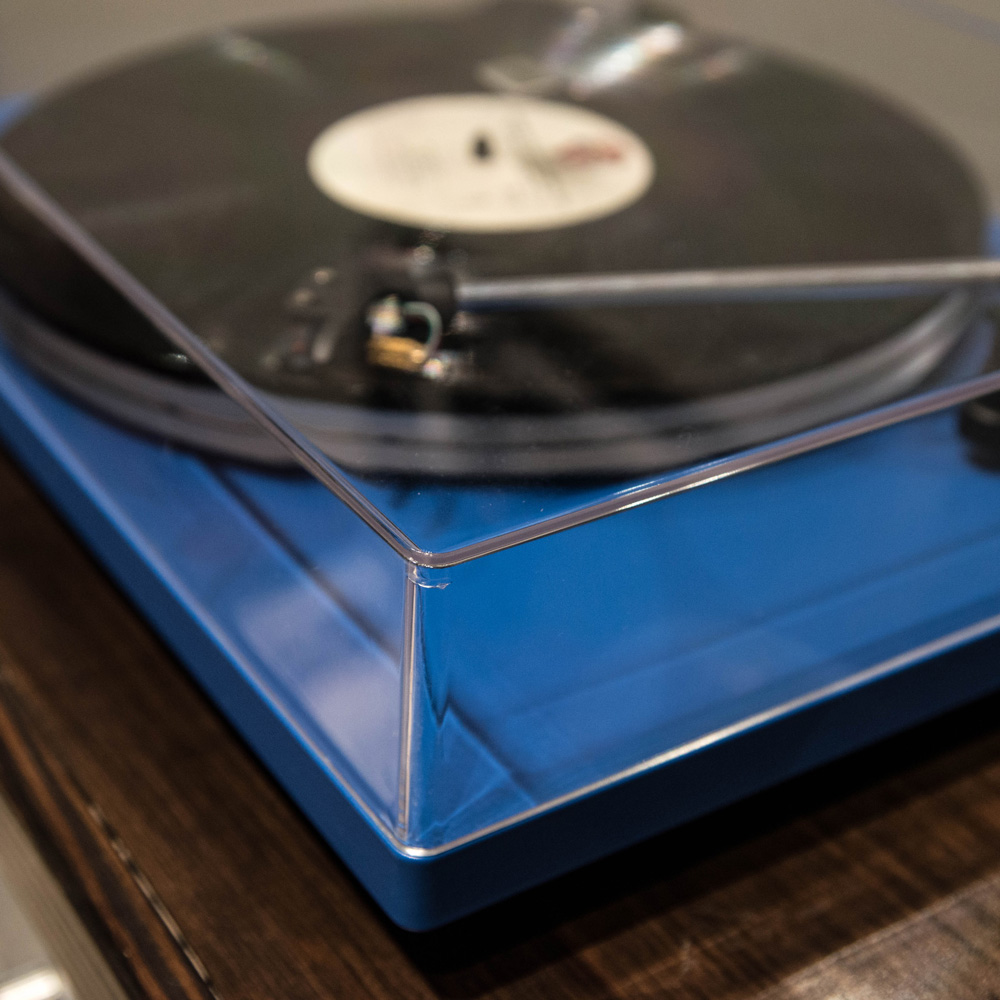 The Dustcover May Cause Vibrations

Did I just say to leave your dustcover down? Now I’m going to waffle a bit. Having the cover up or down while the records are playing is the source of some debate. Some feel that the dustcover causes unnecessary vibrations and others are concerned about keeping their vinyl protected. Whenever one of these audiophile spats breaks out, you can do what I always do and just smile and nod. There really is no right way to do this. The important thing is to remember that it can have an effect on sound. So, when you’re trying to fine-tune your system, that may be an adjustment worth making.

Do you have everything hooked up correctly? It may sound too simple, but it happens. Weird hum? Check to make sure the grounding wire from your turntable is hooked up to the grounding post on your amp. Platter not spinning? It’s possible someone unplugged something and forgot to tell you. Have to crank the amp to hear anything? You may need a preamp because your amp does not have a phono stage. I’m not saying that last one happened to me, but I’m not not saying that it happened to me either. What I am saying is that these things happen.