If you’ve dipped your toes into the ocean of dance music, you’ve probably come across Hyperdub’s brutalist logo neatly pressed into the center sticker of a record. The label has become a staple of the club world by releasing works that have helped to define dubstep and footwork, as well as introduce the world to critically acclaimed darlings such as Burial and Laurel Halo. Their backlog is full of classics and hidden gems, all of which are worthy of attention. Now is the perfect time to dive in.

2019 marks the 15th anniversary of Hyperdub, and they aren't going anywhere, in fact, they're pushing down on the gas. Earlier this year, they announced a sub-label dedicated to spoken word audio called Flatlines, which debuted with an audio essay by the late Mark Fisher and Justin Barton. Burial, the label's mysterious flagship artist, has returned to the stage after two years with Claustro / State Forest, an EP reminding us of why we can't get enough of the producer's hazy dubstep. And the label is upholding its reputation for consistently releasing fantastic releases like Mana’s Seven Steps Behind and Lee Gamble’s In a Paraventral Scale.

Hyperdub began as a webzine in 2000. Frustrated by the current PR-pushing state of music journalism, Steve Goodman, who performs under the Kode9 alias, slowly built the webzine into a home for fans interested in the intersection of rave, philosophy, futurism, and politics, something few music journalists were tackling. In time, renowned writers such as Mark Fisher, also often referred to as K-Punk, and Simon Reynolds contributed to the webzine, laying down the foundation of what would become the label.

In the years since Hyperdub’s inception in 2004, the label has suffered deep hardships and immense achievements, making for a more turbulent lifespan than most labels ever dream of facing. They’ve experienced great loss in the form of footwork legend DJ Rashad and The Space Ape in 2014 and Mark Fisher in 2017. However, each time they’ve persevered, and have gained notoriety through their constant growth and with a staff committed to releasing records from some electronics music's most-talented artists.

To help you dive into the sonic sphere of Hyperdub during their monumental year, here are eight records that will help you know and love the label. 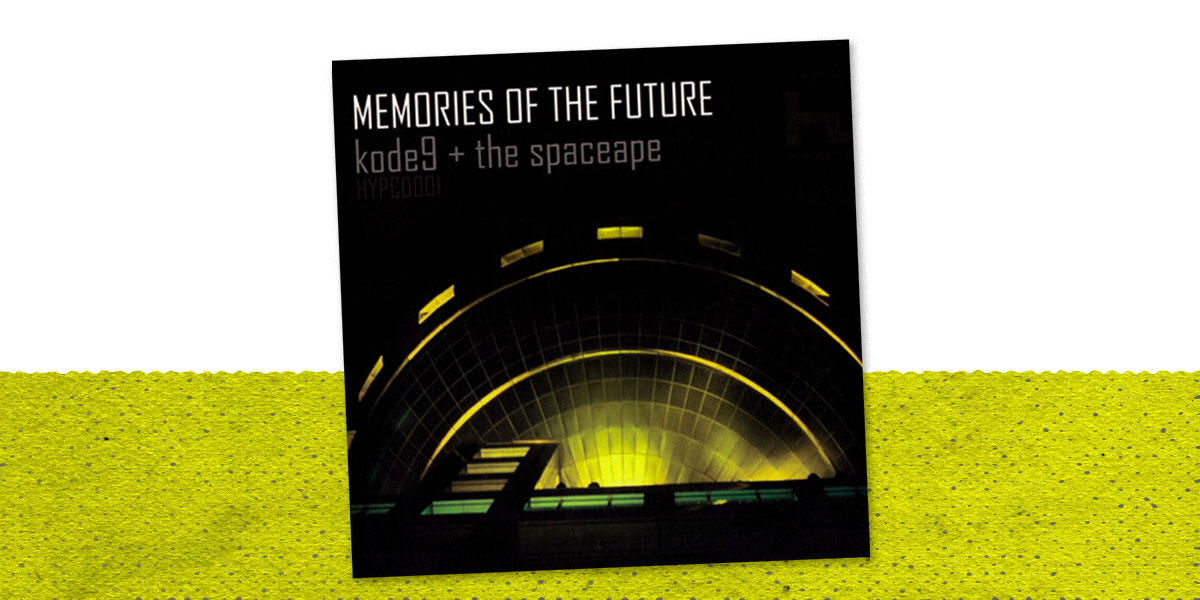 Memories of the Future

In 2004, Goodman teamed up with poet and musician The Space Ape for what would become Hyperdub's first release, a reimagining of Prince’s Sign o' the Times comedically named “Sine of the Dub.” While that single is hard-to-find, it later appeared on the duo’s first full-length album Memories of the Future in 2006. At the time, nothing sounded quite like “Sine.”

Goodman’s production on the track is scant, bit-crushed, and exists mainly in the lower frequencies. The track kicks off with slow, pulsating 808s, while a muted synth line provides a shred of melody, setting the tone. The Spaceape’s low, smooth voice creeps out of the bass pattern with spoken word vocals that sound akin to an ancient spell being cast. His voice is like syrup, each word hanging on to the last, taking up massive amounts of space in the mix.

The release grabbed the attention of several important crate diggers in London and cemented the label’s status as a promoter of forward-thinking, outsider artists. It was too out-there for most DJs and didn’t feel quite right as living room music, but made for a perfect listening experience for those looking for something new, a thrill in an already rapidly changing time in dance music history. It was on this release that Kode9 broke ground, and the plans for Hyperdub were certified and approved. 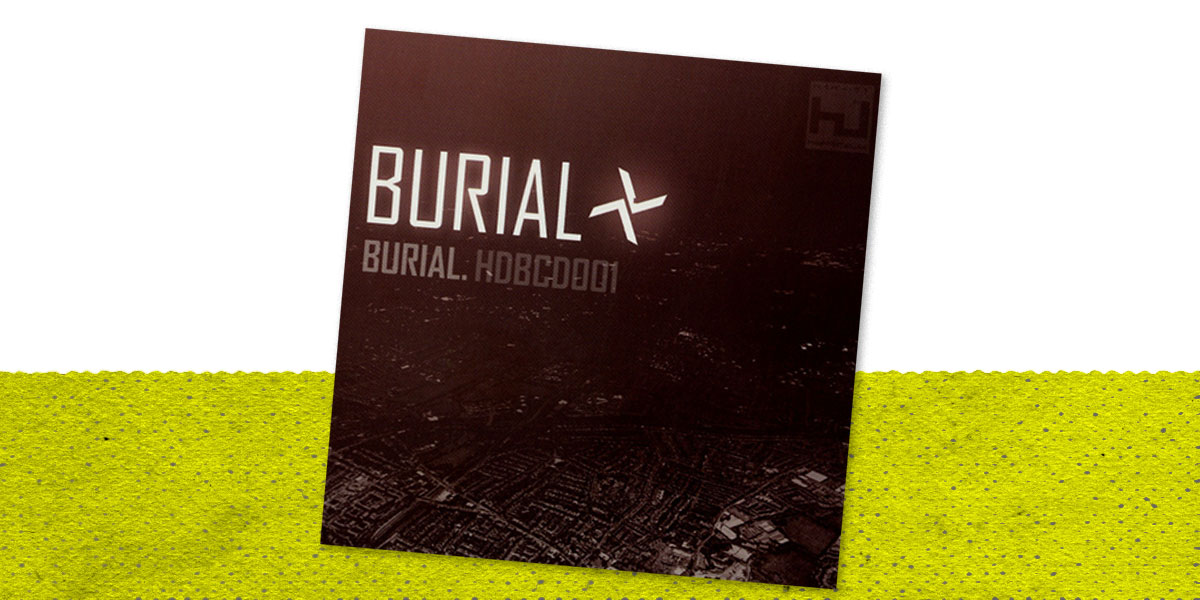 No one saw Burial coming. And hardly anyone has seen him since he first arrived on the scene. In 2006, a mysterious producer under the Burial moniker dropped a self-titled album featuring sounds from Metal Gear Solid mixed with chopped and screwed samples and endlessly pouring rain, all wrapped up in a cold vinyl crackle. It was a fractured, melancholy take on U.K. garage that threw quantization to the wind, and has since become the staple sound for U.K. dubstep. Though the producer's true opus wouldn’t come until a year later in the form of Untrue, the self-titled marked Burial’s breakout effort and the first full-length release on Hyperdub.

With the success of the self-titled and Untrue, the search to identify the anonymous producer was on. Common suspects at the time included Four Tet, Aphex Twin, and even the chart-topping producer Fat Boy Slim. Gordon Smart, the gossip column editor for The Sun, even led a now-infamous manhunt for the producer. Then, in 2008, Burial stepped out of the shadows and confirmed his identity as Will Bevan with a Myspace photo captioned: "I'm a lowkey person and I just want to make some tunes." Since Untrue, Burial releases have been few and far between, and come in the form of singles, splits, or EPs. 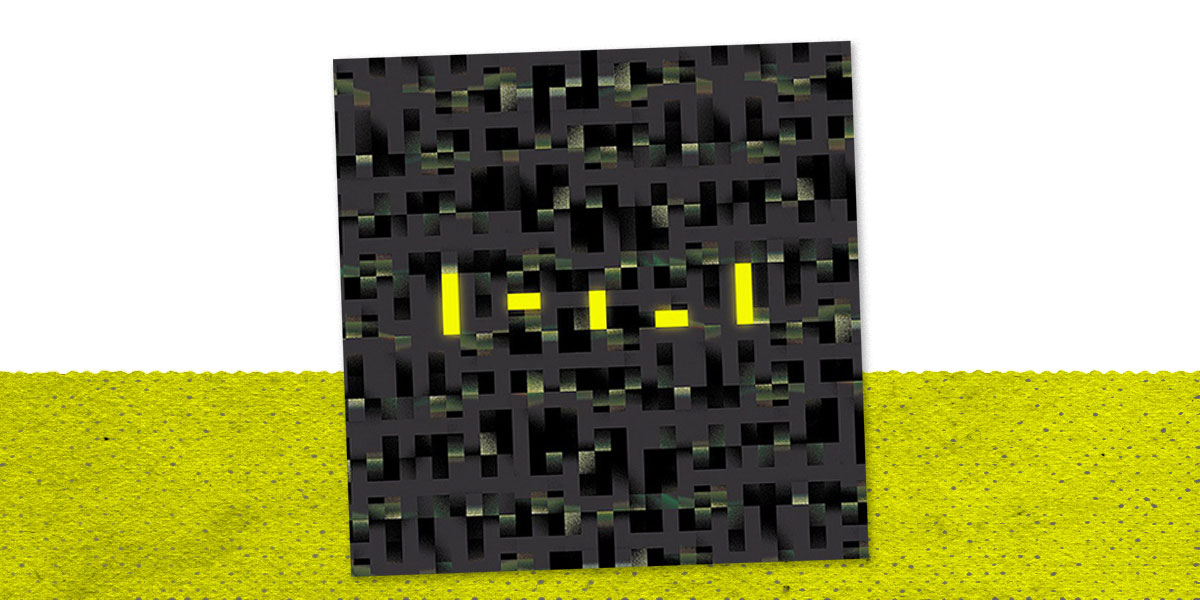 2009 marked the first major compilation for Hyperdub a celebration of their work up until that point. After an impressive half-decade of mainly minimal dubstep, the label made a statement with 5 Years of Hyperdub. The compilation’s first side is full of at-the-time-unreleased material from artists like Cooly G and Zomby, even Burial came out of the shadows for “Foster Care,” a barren track that surely left many of his fans wanting more. Meanwhile, the B-side was made up of the label’s most popular tracks.

5 Years of Hyperdub marked a pivotal point for the label, one where it began to transition away from their rainy, monochrome dub, to the neon lights of the new decade's avant-club music. It’s also one of the first Hyperdub releases to feature international artists, such as Flying Lotus from the US, and Quarta 330, from Japan, a sign for what was to come in the next five years.

Get This Comp on Vinyl 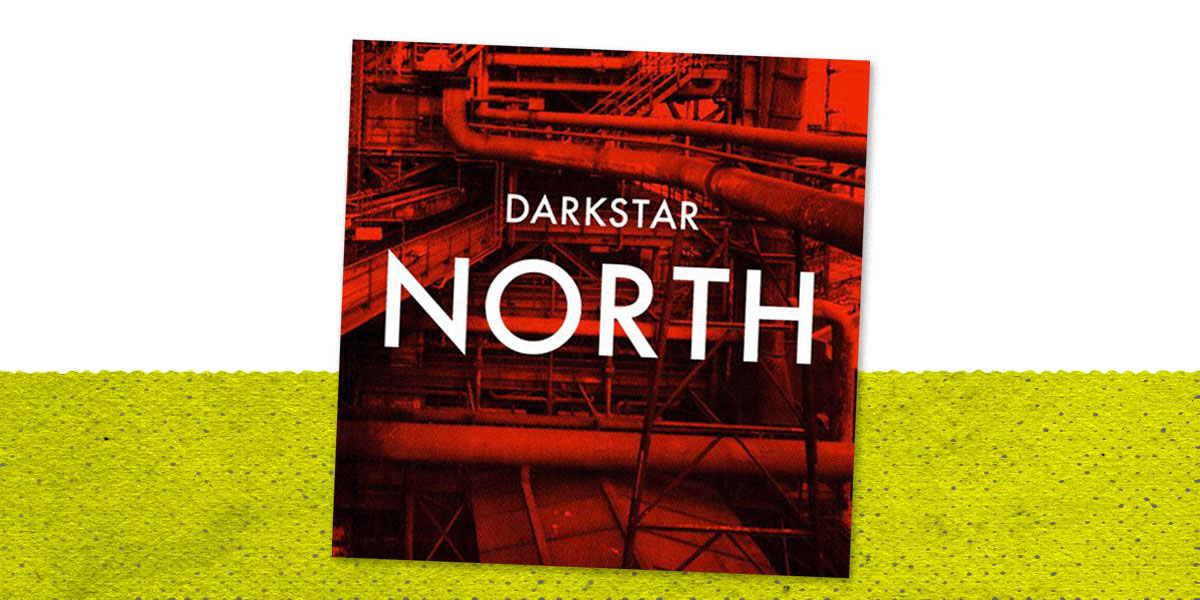 North is one of the most abstract records in the Hyperdub discography, partially because it's one of the most straightforward ones. In Darkstar's earlier releases on the label, like "Aidy’s Girl is a Computer" and “Dead to Me / Break," the duo eagerly explores themes of technology and futurism over beat-heavy material, which was relatively "on brand" for the label at the time. In 2010, the U.K. duo took a sudden turn and tapped vocalist James Buttery for their next record, North, an album that had elements of synthpop and featured more vocals than any other release on Hyperdub to-date.

Darkstar’s whiplash-inducing, 16-bit percussion pulls the tracks forward throughout much of North, only phasing out to make room for a few gorgeous ambient passages as is the case on “Ostkruez,” and “In the Way,” while a robotic-sounding Buttery fleshes out the rest of the mix with his emotive lyrics. In the middle of a period of exploration for the Hyperdub, North is a line in the sand; the record shows that Hyperdub is more than a dubstep label and are willing to adapt, championing unique artists who might not fall into conventional club styles. 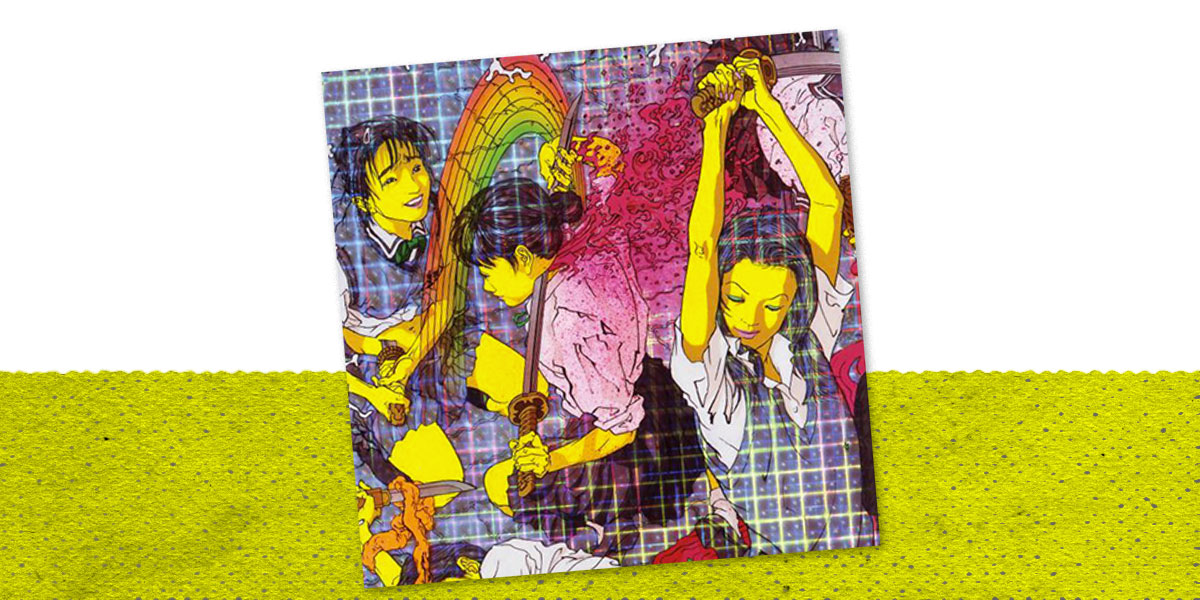 Before Laurel Halo became a DJ who has played some of the most prestigious clubs and venues in the world and landed on countless “Best Albums of 20XX” charts each year with records such as Chance of Rain and Dust, she created Quarantine. Released in 2012, the debut full-length release from the Michigan native showcased her incredibly varied tastes, an ear for interesting sounds, complex compositions and an eye for fantastic cover art.

On Quarantine, Halo casts all preconceived notions of electronic music aside in favor of knotty percussion and a dizzying mix of styles—dub, techno, ambient, psychedelia, pop and jazz—that have gone to define both her studio and DJ career. Where it takes years and several releases for most artists to find their voice, Halo seemed to find hers on her first LP, which was ultimately named The Wire’s favorite album of 2012 and she has since become one of the most popular artists on Hyperdub, and in experimental music. 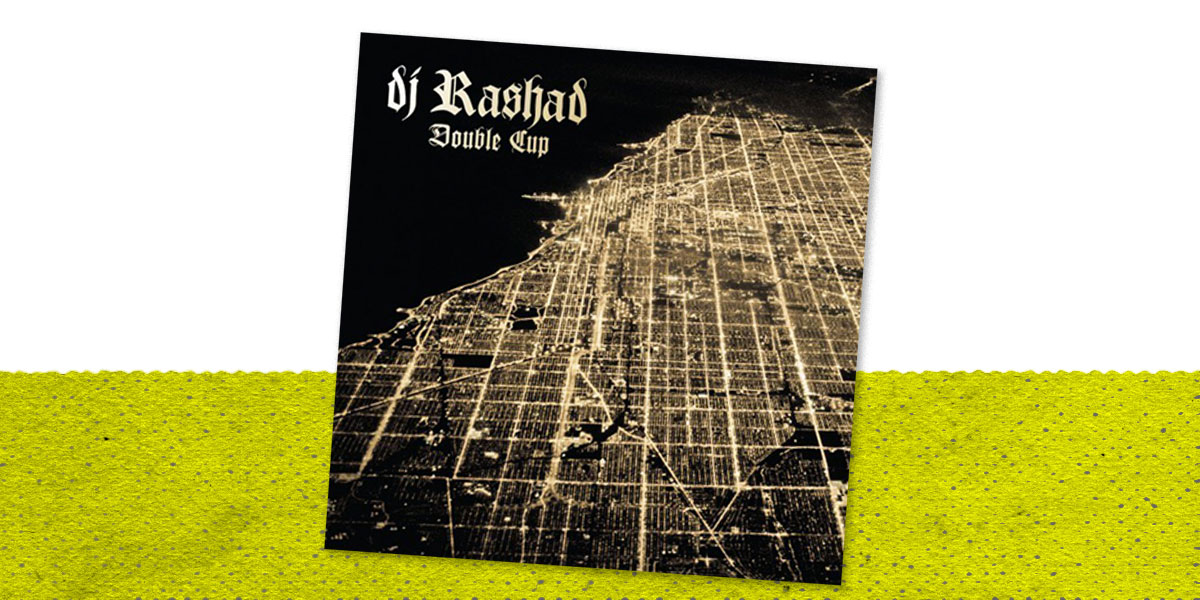 Double Cup is a defining moment in footwork, a genre of music based around the blistering dance style of the same name from Chicago. Being one of the most well-known footwork artists at the time, Rashad took footwork closer to the mainstream than anyone since all while maintaining the heart and soul of the style.

Rashad was, above else, a sample manipulator. The way he flipped and placed samples is a thing of beauty. On “Show U How” with the help of DJ Spinn, Rashad lays a dreamy guitar sample overtop the signature rapid-fire hi-hat footwork patterns resulting in a one-of-kind feeling of zen at 160bpm. Then, on” Let U Know,” Rashad’s most popular track, he rips a sample from Floetry’s “Say Yes,” speeds it up, twists it and MIDI triggers it into a mutated r&b hook. Double Cup not only opened the world’s ears to footwork, but it was also one of the first times an international label, beside Planet Mu, took a chance on the genre, inspiring footwork artists across the globe. 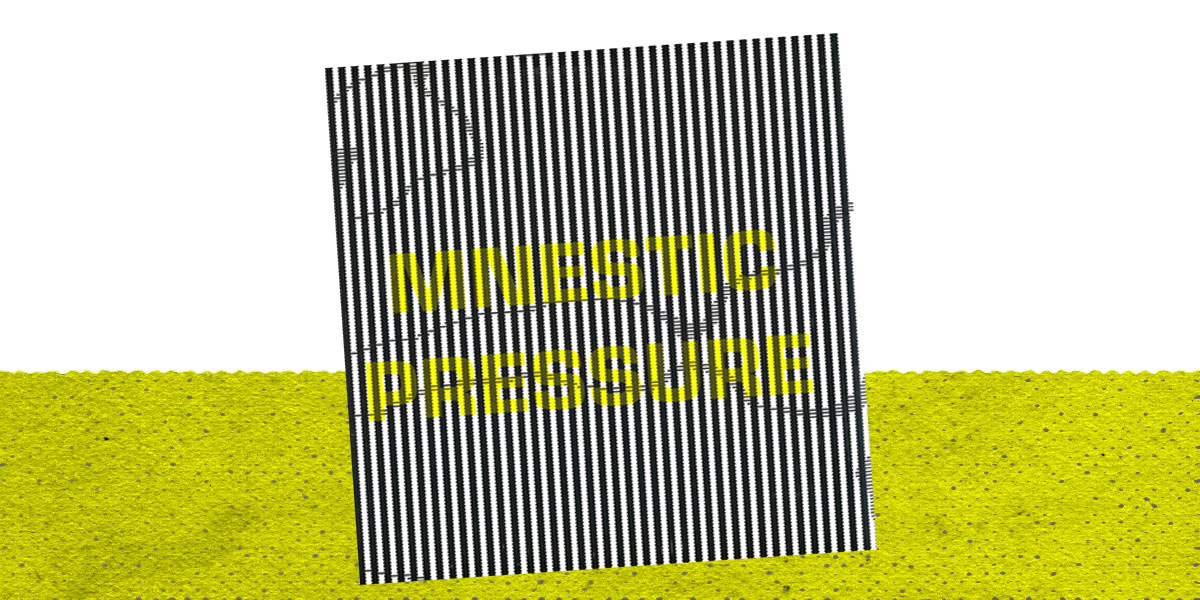 Hyperdub is the perfect home for Lee Gamble. While his previous efforts found a home on the illustrious PAN label, it’s here, on Mnestic Pressure where his artistry shines. His work is deeply rooted in jungle and dubstep, similar to much of Hyperdub’s earlier releases, but he’s an explorer, always willing to take things a step further, even if it means methodically placing sounds to make sure everything is in the right place, or surgically slicing samples to get the exact rhythm he’s searching for.

Gamble’s affinity for high-quality sound-design mixed with his love for pirate radio and all things U.K. dance music is what defines his work. He doesn’t cater to anyone else’s tastes. He zigs where you expect him to zag; he’ll throw in a cut-up amen break when you’re expecting another moment of peace. The drill sounds of “Swerva” can make the most seasoned listener’s headspin, while “East Sedducke” will throw any old-school Metalheadz fan off the groove. He is both the past and future of Hyperdub, fused into an unpredictable engine, always ready to burst. 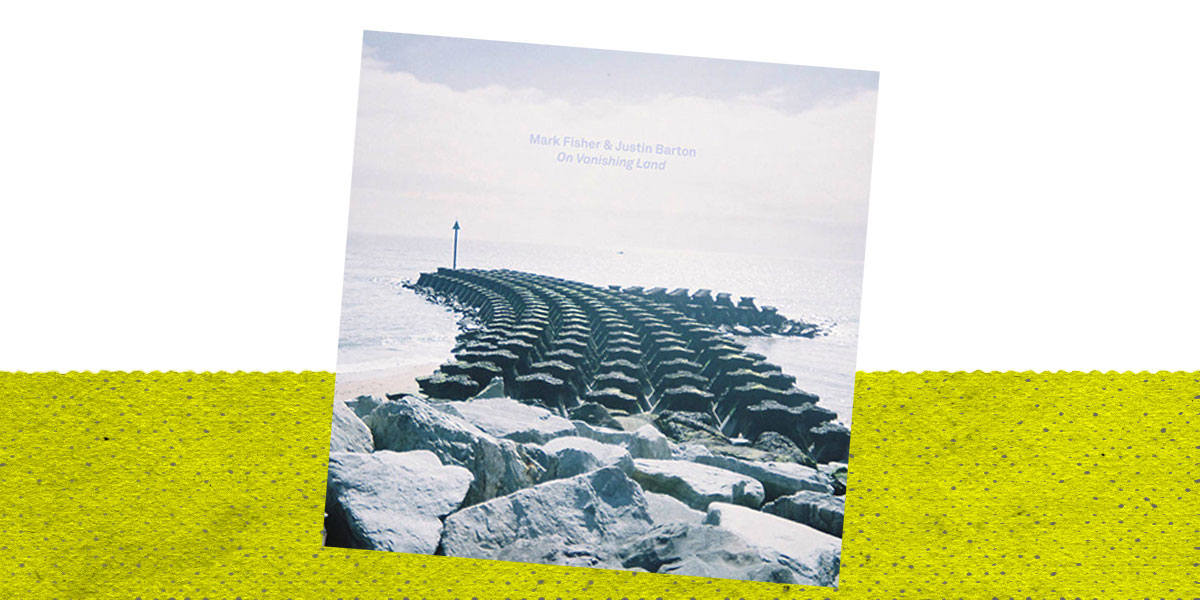 With the release of On Vanishing Land, Hyperdub has come full circle by bringing theorists Justin Barton and Mark Fisher, who was an instrumental writer during the label's webzine days, back into the spotlight. Set during a walk of the Suffolk coastline, from Felixstowe to the Anglo-Saxon burial ground at Sutton Hoo, On Vanishing Land is a haunting audio essay that was part of an exhibition commissioned by The Otolith Collective and The Showroom in London in 2013, about climate change and lost futures. “It is April, but it feels like summer,” Fisher says at the beginning of the record.

Music from Gazelle Twin, Mordant Music and others are sprinkled throughout the essay, heightening the severity and dread of the oncoming catastrophe of shrinking land and rising temperatures. Aside from its brilliant contents, On Vanishing Land is a reminder of the labels beginnings and their commitment to stand by their values and never fear new territories.