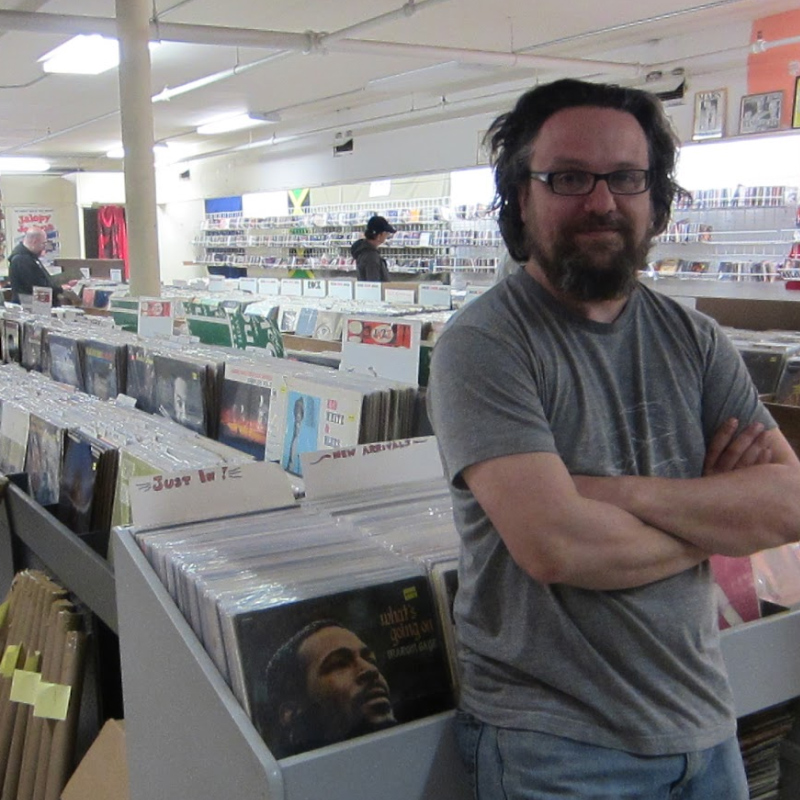 Welcome back to Best of the Bin, a series that invites Reverb LP sellers to discuss some of the favorite records they have among their inventory. This week we have Ithaca, New York’s Angry Mom Records, which is celebrating its 10-year anniversary with a sale of 20% off its entire inventory on Reverb LP.

Under the guidance of owner and proprietor George Johann, Angry Mom Records works constantly to bring a large variety of interesting used LPs, CDs, and cassettes, along with stereo equipment. While its big focus is on used vinyl from a diverse range of genres—including psych, country, reggae, soul, electronic, hip-hop, and more—it also stocks new vinyl from distributors large and small.

The store also has its own Angry Mom record label, which has released pre-war archival recordings compiled and produced by Chris King (featuring artwork by Robert Crumb), alongside records made by bands in and around Ithaca. If you're in the area, stop by—Angry Mom is always buying record collections, stereo equipment, and memorabilia.

For such a hippie town, Ithaca didn't have many good LPs come out in the 1970s. Bill Destler's September Sky is fragile and soft to the point of almost falling apart and sucking but somehow is great. Not psychedelic at all but will appeal to fans of rural and folk psych

Beautiful Ghanian gospel and highlife from the mid-'70s, released only in Ghana on Mariphone Records. Has a very serene rural and spiritual vibe that wouldn't be out of place on an Ethnic Folkways release.

A modern classic of the grindcore genre in my opinion, and, amazingly, this was only the beginning of Steiner's incredible run of mind-blowing music. Crushing from beginning to end.

I'm a sucker for a moody, reverb-drenched, early-'60s pop record regardless, but there's something special about Rosie's Blue Nights. Sweet, tender, and just a little bit spooky.

King Tubby, along with Bunny Lee, pioneered this unique aspect to Jamaican dub with a unique, syncopated beat to the hi-hat, not the cymbals actually. This comp highlights this style beautifully.