I can remember the year, 1977—in fact, the exact date, May 4—when my vinyl-loving ears sang and my vinyl-collecting heart sank.

On that day, Capitol released The Beatles at the Hollywood Bowl and as a die-hard Fabs fan, I ran straight out to get a copy. Yet on opening the sleeve, I felt as though I had just purchased two inner sleeves. In one of those “smart” cost-cutting moves by the record label, the disc was so thin that it had not much more thickness (and consistency) than a deli slice of turkey. To be sure, 180-gram vinyl this was not.

So I wasn’t all that surprised when the record warped about a month later. Summer heat in my stereo room did it, and buying a new copy wasn’t going to solve the problem. So began my quest to "unwarp" it, and today I’ll share with you not only how that turned out, but also how you can take your warped records in a playable direction.

The obvious, overarching answer here is intense heat. The less obvious is: What’s the threat threshold?

The answer is two-fold: You’re looking at about 90-degrees Fahrenheit and a time period of roughly two days exposure, especially if the record remains outside the sleeve and in direct sunlight—a source of UV radiation. That could be much faster if, for some reason, you leave the record outdoors.

The rule I live by is to store records in the 70-degree range. While that’s not always possible in many homes, it does rule out garages, storage sheds, and, of course, greenhouses (Mort Garson's "warm music for plants" notwithstanding).

There is good news, though: If heavy heat makes records warp, it can also be used to un-warp them. With my Beatles record, I tried another tack: I put it underneath a three-foot stack of encyclopedias for two days. I was partially successful, as the record once again became playable, but not altogether flat.

Had I the chance to do it again, here’s how I would handle it.

A brief disclaimer: What follows is not for everyone and is not guaranteed to work. Take caution while trying to un-warp your record, and, you should make your peace with the possibility that your record will be lost forever. 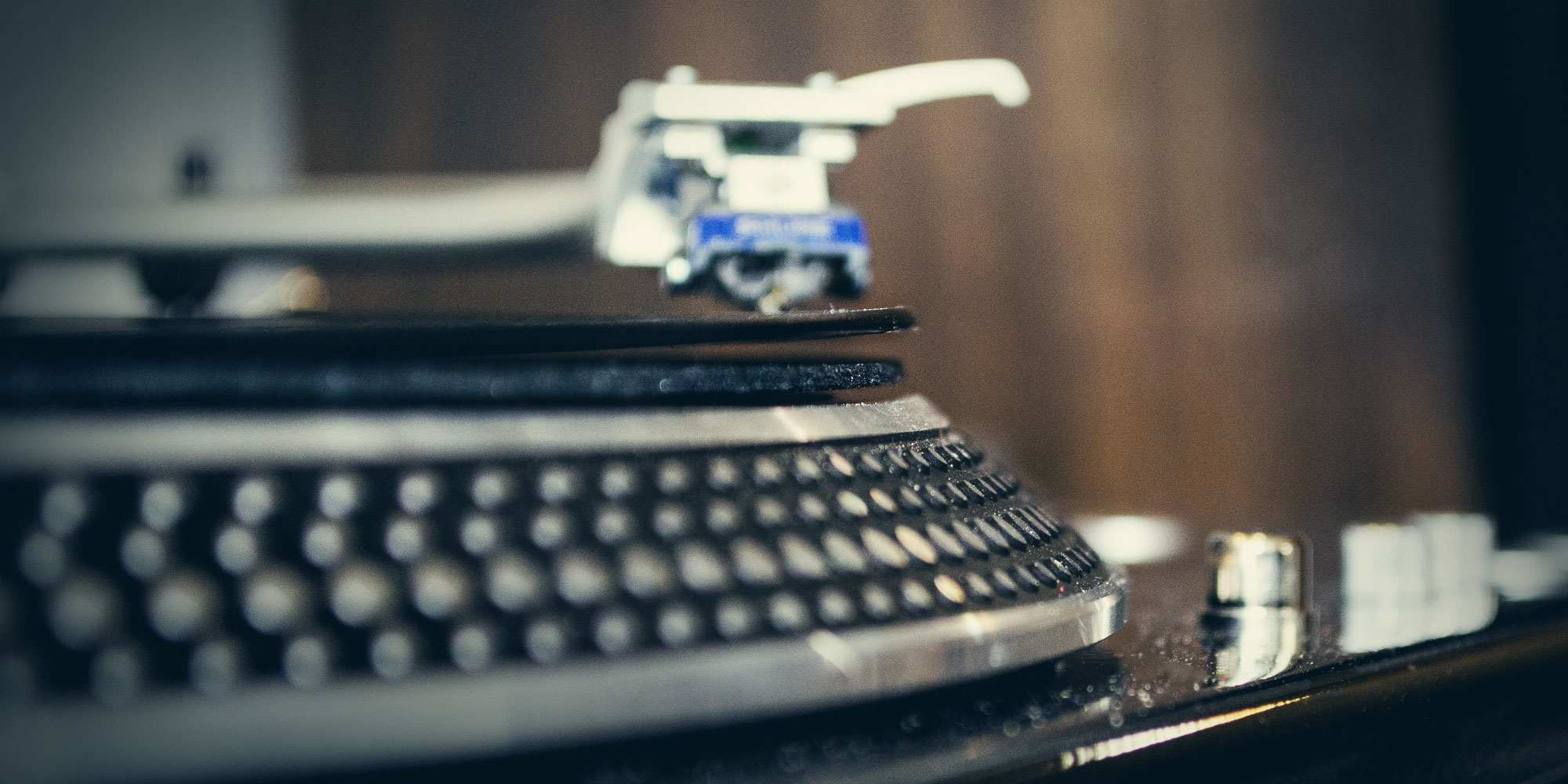 The best way to avoid warping, other than correct storage, is to buy high-quality, thick LPs that are much less prone to future defects. But if you’ve got a wrinkly disc on your hands, don’t beat yourself up. Instead, make haste for the kitchen.

Preheat your oven to 175 degrees. Now, before you freak out over the prospect of disc casserole, keep in mind two things: First, your record is warped, so you can’t end up any worse, as it’s unplayable in the first place. Second, I’ve used a very similar oven technique to bond oxides back onto an irreplaceable 24-track tape reel. It worked, where beforehand, that 25-year-old reel was shedding like a German shepherd in summer.

With ovens and vinyl, glass panes are your friends. You’ll want to get two just large enough to cover your record and fit in the oven. You can buy these at any major department store, and remember, we are not talking Plexiglas or anything plastic—real glass only.

To begin rescuing your disc, you’ll make a "glass sandwich" with the vinyl between the two sheets. (Beware, for as opposed to other oven-baked sandwiches, this is one you can’t eat, even if music is the food of love.) 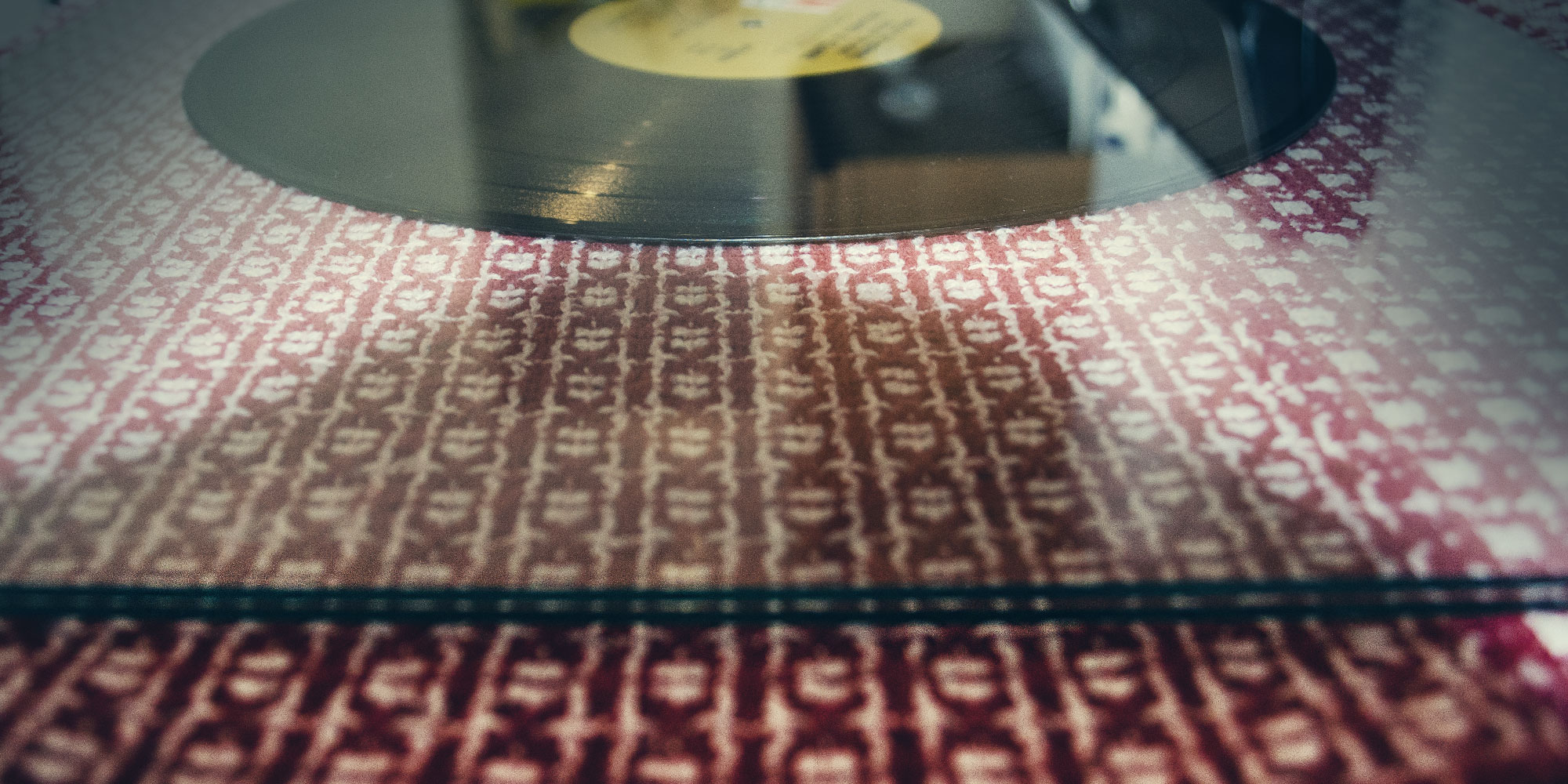 Can’t take my eyes off of you.

Once the disc is in bake mode, don’t leave the room to check your email or jam with your buds. If you have an oven light, turn it on. Keep an eye on what’s happening, because you’ll want to pull the glass sandwich out in five minutes or less. Some recommend up to 30 minutes; I think that’s excessive—you don’t want to melt the disc. Stay alert for any strange, pungent smells as a sign of overcooking.

As you no doubt learned from watching all those fancy cooking shows, use oven mitts to remove hot objects. Now, be extra careful: Hot glass placed on a very cold surface such as granite can shatter. Room temperature is best, and a dry kitchen cloth or towel gives you an extra layer of assurance. 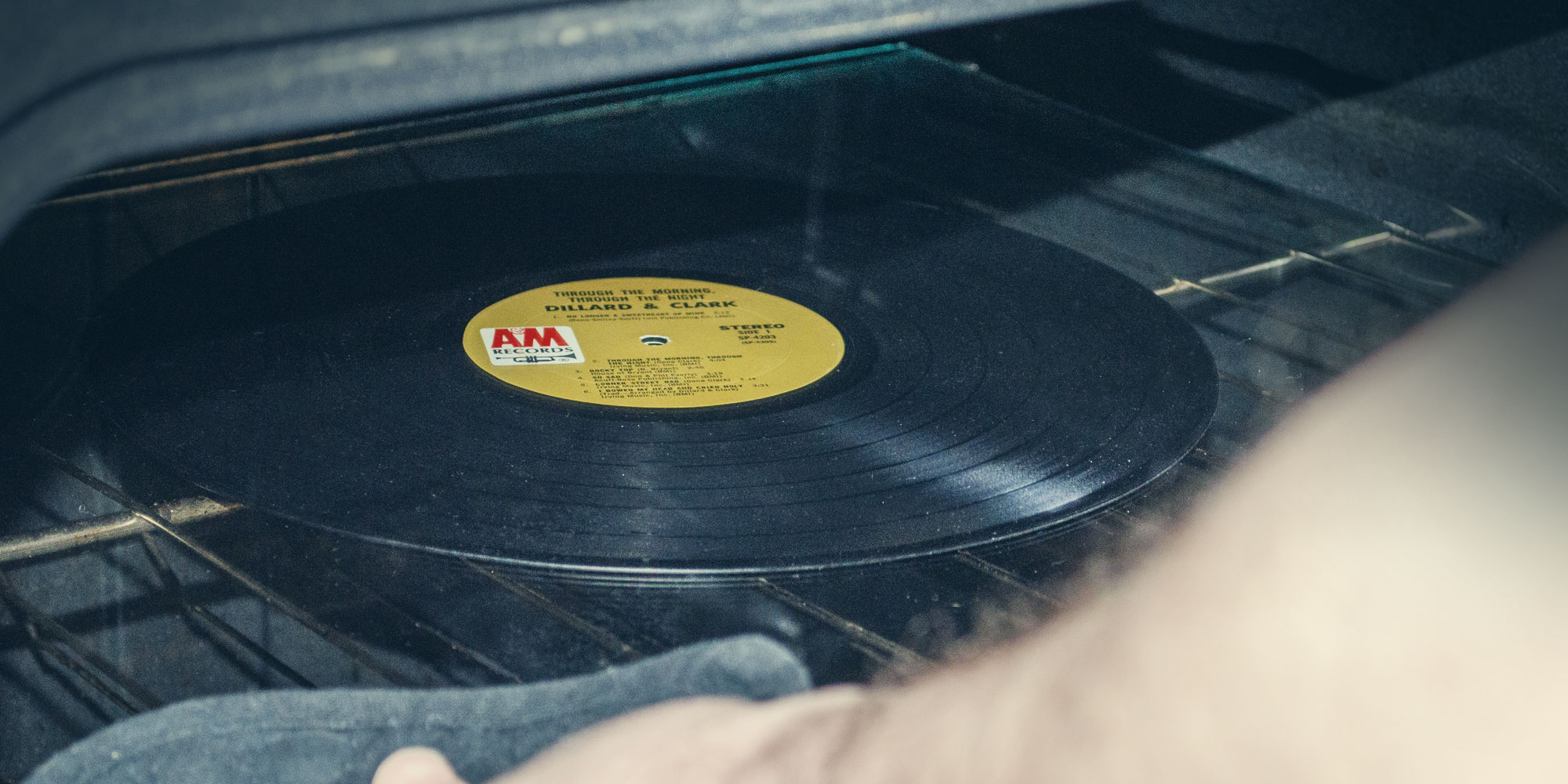 The moment of tuneful truth.

The last step is one of the most crucial. Put a few books on top of the glass and wait until everything cools off before you remove them and examine your handiwork. We’re not talking about 100 pounds of reading material; a few solid, hefty books (hardback, natch) should do the trick.

Remove from the glass and—hopefully—voila. Keep in mind that vinyl mixtures vary in consistency and quality, so there are no guarantees that your record will end up in Flat City. But you can always try again if your success is partial… or (ugh) spring for another copy. That’s of course very hard to do if it’s a rare disc. But if the LP is an absolute must-have, you can check out import selections as worthy replacements (Germany and Japan have long been hotbeds for quality vinyl LPs). 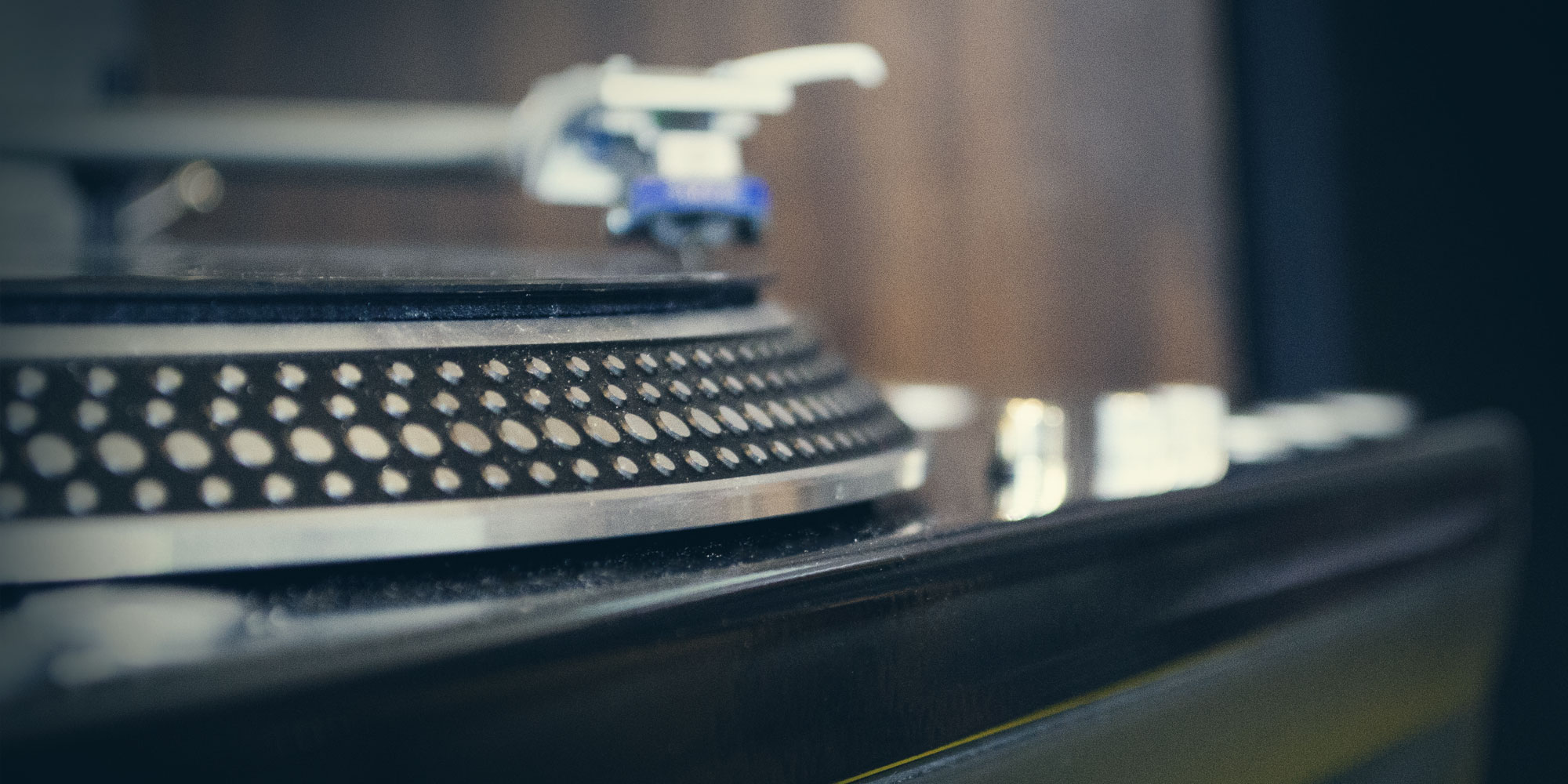 I’ve also heard of tricks such as using a hot iron on an album safely tucked in a sheet and sitting on a flat, sturdy ironing board or surface. I can’t personally vouch for that method, though I would recommend doing what you probably do in spare time anyway: Talk to your vinyl fanatic friends or trusted record store owner. See if they have any tips or tricks beyond what I’ve shared here.

And so, the best of luck. I could kinda-sorta play my Beatles disc before it disappeared in a move. May all your records never more be warped, unless they contain tracks from Capt. Beefheart or Dr. Demento—warped stuff of a different sort.