Back in May, Reverb LP partnered with Zernell Gillie —the veteran Chicago house DJ, head of the Grimy Edits record label, and the designer behind fashion brand Grimy Gear—for the Chicago House Music Festival's record fair.

Zernell, a man of many hats, is also the co-creator of Crate Diggers record fairs—which have taken place all over the world—and the founder of a brand-new organization, Digging Is Fundamental. We took the opportunity to talk to Zernell about his favorite records, his many projects, and what he has in store for the future.

Tell us a little bit about your history with collecting records.

I got into records and DJing in ‘84 when I first started playing. I was around 14. Back then, I wasn’t really big into collecting records, because I was just getting into it. But my collecting kind of jumped off a little bit later in my career. I purchased a property in Chicago and in the basement of the property was like 20 crates of records. That kind of restarted me back into digging and back into the culture of finding jams and collecting records.

What were some of the places that you were DJing at back then? 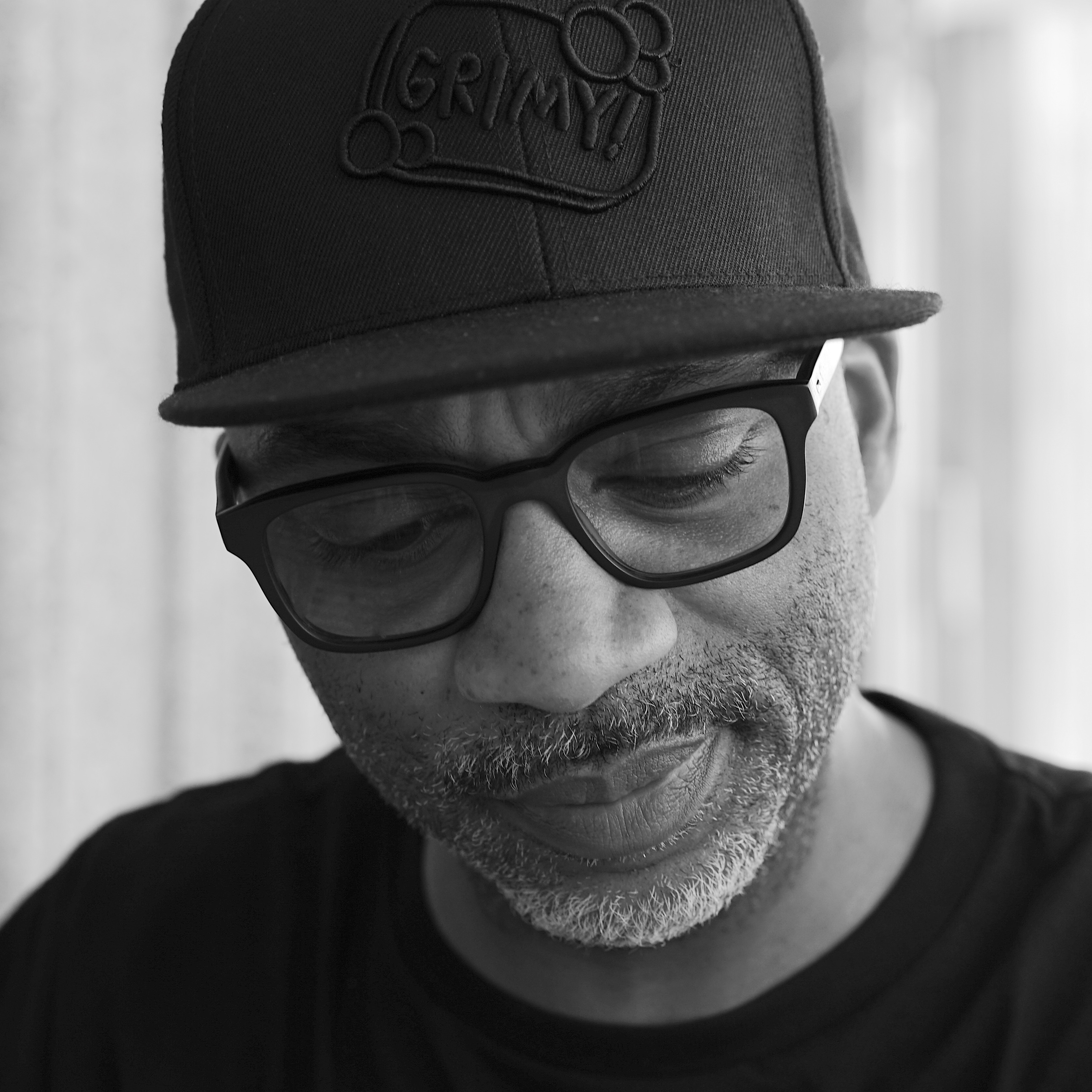 What’s the first record you remember that left an impression on you?

Well the first record, the first song that hooked me was “As” by Stevie Wonder. After hearing that song play in a house environment, it made me want to have that record. Once I sought out the record, then it was like, wow. It just blew me away.

Who were some DJs that played that record when you first heard it?

Man, everybody was playing that record. Ronnie [Ron Hardy] played it. Farley [“Jackmaster” Funk] played it on the radio. My sister played it. Everybody had that record. It was one of those records, you know?

Right, from the couch to the club.

From the couch to the club, exactly.

What was the first record that you remember that you purchased for yourself?

I have a clear memory of buying a 12” “I Wanna Be With You” by Coffee.

What is it about that memory that makes it so vivid? Was it artwork or—

No, the thing was where I bought it. I bought it at Barney’s Warehouse on Ogden. Because I’m from the West Side of Chicago, that was like the spot that we went to on the West Side, besides going downtown to Imports and all of those other spots. Barney’s was right there. It was walking distance.

Everybody didn’t get a chance to shop at the Warehouse, but I was accompanied by one of my good friends who was, you know, allowed to go upstairs. So I went upstairs with him and they had extra copies. So we actually bought like six copies of that record, because there wasn’t nobody digging for it. It was a little bit different.

Coffee - "I Wanna Be With You"

Crate Diggers was more focused on the vinyl aspect of DJing and collecting. Digging is Fundamental expands on that and takes into all of the aspects of DJing as far as how you present your music, how you get your music—be it a physical format, be it a digital format. You know, over the years, things change, and the way DJs get their music has changed.

Because there’s so much to be just talked about in the sense of finding things, or maybe taking popular things and presenting them in a different way or edits or whatever, I think that’s an awesome focus. What do you hope to accomplish with Digging is Fundamental? What’s the objective or a goal?

Well first, I just want to get it out there. I mean, Crate Diggers kind of took off—it took off and just exploded. I kind of want to do the same thing with Digging Is Fundamental. 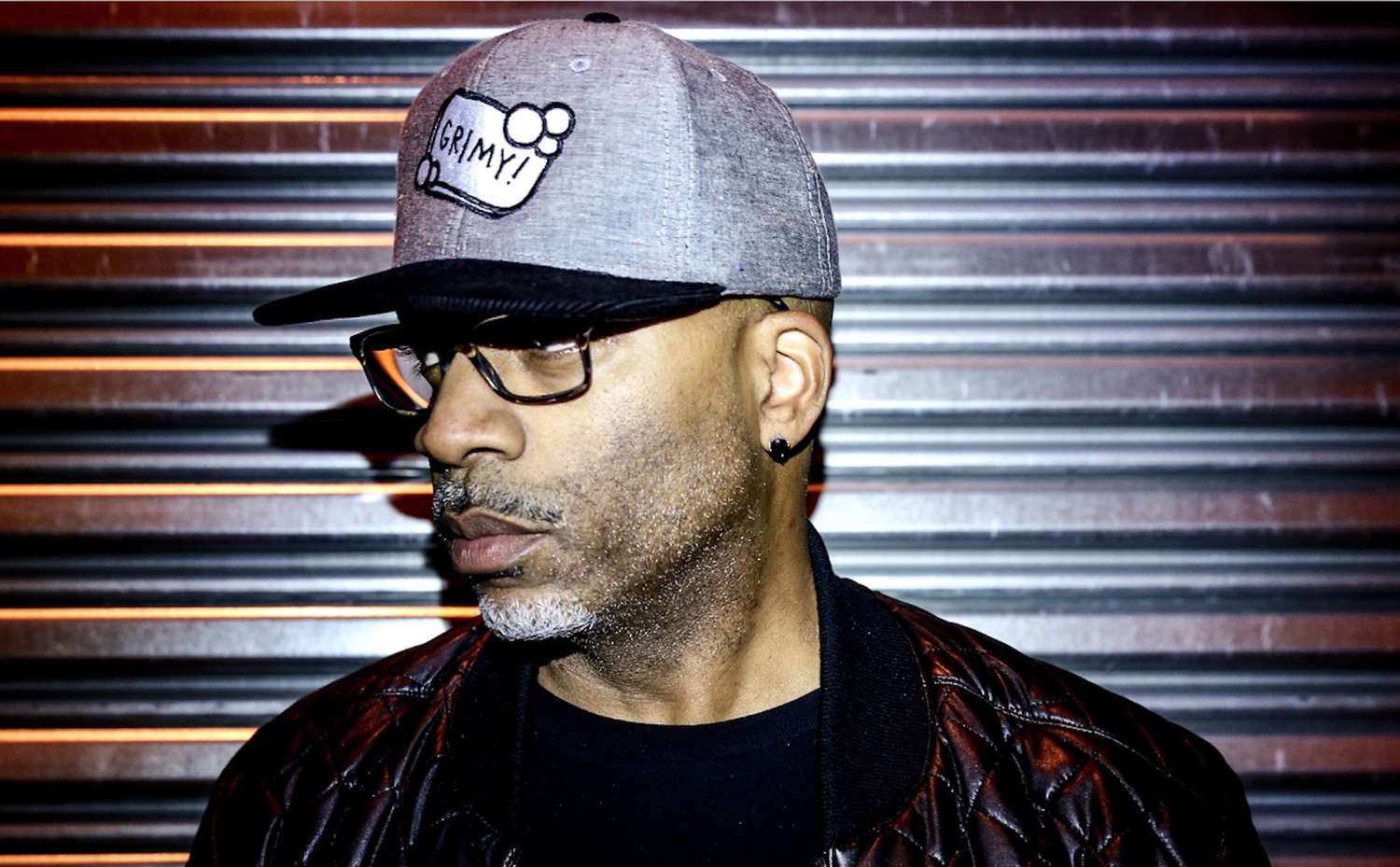 Are you going to host different events and have DJs in different cities? Is it more than just playing records, are they going to have seminars? How is the education being passed along?

What do you think is the most important part of buying music on a physical media versus another format?

Well, as a Digger, we love the word mint [laughs], you know what I’m saying. The condition of the record is one of the most important aspects of buying music on a physical media, buying a record. I say that because, when you present that piece of music to your audience, you want it to be as clean as possible. Sometimes you just can’t find that record clean. There’s a lot of records from Africa that just didn’t fare well.

But, that to me is one of the most important parts of buying music. Also, when I buy music, I kind of gravitate towards records that speak to me, that kind of fit what I play and my sound. Over the years it has changed. Of course I’ve grown as a DJ, and my ear for music has grown too. I’d say it's totally different from the music I played as a 14-year-old to the music I play in my 40s.

What’s the biggest changes you think you’ve seen there, besides just like an expansion of genre and encompassing more, is there kind of something that’s significantly different than just an expansive taste in genre?

I tell other DJs that DJing is a give-and-take relationship between the people that you’re playing the music for and the energy that they put back from hearing the music.

An understanding of presentation. When and where and how to present music.

I mean, back when I first started, it was more, I’m playing the hits. I’ve got to play the hits. Now I’ve learned timing. I’m able to read the floor and see what’s needed and to be able to guide it more. I tell other DJs that DJing is a give-and-take relationship between the people that you’re playing the music for and the energy that they give back from hearing the music. I kind of feed off of that now as, prior to that, as a young DJ, that was something I didn’t understand, because I didn’t have the experience.

Grimy is expanding—it kind of took off. I’m working on the spring and summer collection for the clothing line. I’ve got a few more releases that I need to do, so I’m just trying to determine which avenues I’m going to go with new releases. Then of course, I’m going on tour soon, so I’m getting ready for all of that. I’m doing all of this simultaneously.

What are 10 essential records everyone should own?

“Acid Tracks” by DJ Pierre. “Altered States” by Ron Trent. “Sensation” by Ron Hardy. “You’ve Got a Lot of Living” by Mr. Wigg & Co. Stevie Wonder, Songs in the Key of Life. Grover Washington Jr., Mister Magic. Kirk Whalum, And You Know That!. Wu-Tang, Enter the 36 Chambers. Gang Starr, Step In The Arena. And Scarface, Mister Scarface Is Back. You’d be surprised—that Mister Scarface is going for big money now.

Do you have maybe two or three records that would be essential in your past six months of playing?

Kimiko Kasai, “I Thought It Was You” [from Butterfly]. That’s been on my mind. It’s a solid record. It’s definitely been one that I’ve been pushing a little bit lately. “Nothing Like An Edit,” Mister Snippy. I gotta give a shoutout to that. It’s on Grimy, Vol. 9.

I’ve heard of that label [laughs]. Is there a 3rd one?