There are plenty of theories about what makes one vinyl record sound better than another. Though it’s easy to understand how, say, a Fleetwood Mac record sounds better than that of a single-person bedroom pop act, that’s based in the production values inherent to the recordings themselves. But what about one copy of Tusk to the next? Often, it comes down to the intangibles, such as when and where it was pressed or how the record was sourced, be it from the original masters or a 16-bit CD transfer. But one reason that people point to time and again is the color of the vinyl itself.

The idea of vinyl color affecting the sound is as old as the internet. While records have been produced in various colors for decades, the pervasiveness of the practice took hold years after the format debuted—and, arguably, long after vinyl was first deemed a dead format. All these assorted colors helped collectors differentiate between pressings, while also signaling exclusivity. The debate about what is best rages on.

Instead of speculating, Reverb LP consulted a few trusted sources. From mastering engineers specializing in vinyl, to pressing plant owners, and even record labels, we learned a lot about what does—and, more importantly, doesn’t—contribute to one record sounding better than another.

Dave Eck of Lucky Mastering (formerly known as Lucky Lacquers) has spent the past decade mastering records for vinyl and cutting test lacquers. It’s a small operation that allows Eck’s attention to detail to become Lucky Mastering’s defining characteristic. Eck is methodical, to the point where he’s obsessive about the minor details, but it’s hard to argue with the results. So when I asked him about whether or not vinyl color made a difference, at least to his process, he told me that, well, a lot of other factors are more impactful than that. 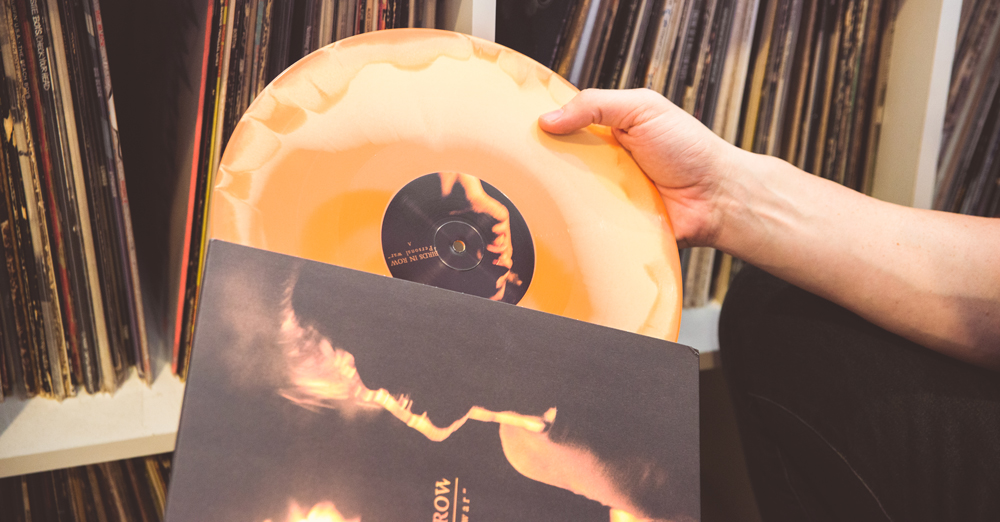 “The biggest trend that I was told to look out for by my mentors was the never-ending imperfections in the vinyl industry,” he said. “Every ingredient that goes into it has their own ups and downs. You just have to roll with the punches.” But what does rolling with the punches entail? For Eck, it means tracking down the best source for the music and making sure he’s mastering the record to have a generous noise floor. “The first thing I would recommend is using a cutting engineer who cuts in the plus volumes,” said Eck. “The louder you are, the further away you’re going to be from surface noise on vinyl.”

Surface noise is one of the most common problems affecting vinyl records. Given the nature of the technology, a needle is capable of picking up the natural sound of the record. It’s not particularly audible when music is cut into the grooves, but it can be. “With anything that’s dynamic, you’re going to be dipping into some super quiet areas and you’re going to have to turn the record up more,” said Eck. “And what I find is the people with the quietest records are the ones complaining the most.”

So mastering and cutting matter a great deal, but, Eck mentioned, he didn’t think any one color was superior out of the box. There is one, however, he believes to be inferior—glow-in-the-dark vinyl—which requires phosphorus for the intended effect.

Glow-in-the-dark vinyl sounds horrible no matter what. Other than glow-in-the-dark, even the worst-sounding color doesn’t sound that bad. The general thing we find is that, the more colors you mix together, the more likely you are to have random noises.
Matt Earley, Gotta Groove Records

Matt Earley, the Vice President of sales and marketing for Gotta Groove Records—a pressing plant that opened in Cleveland, Ohio in 2009—is quick to back up Eck’s claim. “Glow-in-the-dark vinyl sounds horrible no matter what,” he said. “Other than glow-in-the-dark, even the worst-sounding color doesn’t sound that bad.”

Earley notes that the biggest issues that consumers notice are largely quality control issues. “We try to listen to every 25th record, sometimes more,” he says of the process at Gotta Groove. “If you’re just listening to the first or last record off the press, you’re going to miss something.”

He also said that, with first-time clients, Gotta Groove tries to be as thorough as possible in helping guide them through the process, which can include advising them on some of the challenges inherent to more ornate color combinations. Both Eck and Earley point out that, in certain cases, more complex vinyl colors—such as split-color, tri-color, splatter, or haze—can add more surface noise, if only because of what it takes to produce it.

“The general thing we find is that, the more colors you mix together, the more likely you are to have random noises,” Earley said. It’s why, when listening to a split-color record, you can hear a soft thud in between tracks when the needle crosses the plane. “The plastics placed into the mold at the same time have different melt characteristics, and the mold is only operating in a certain texture and cycle,” Earley said.

In short: While no one color is inherently better than another, they aren’t created equal, either. And while perhaps not a huge issue normally, blending multiple colors can sometimes lead to a record that’s noisier overall. 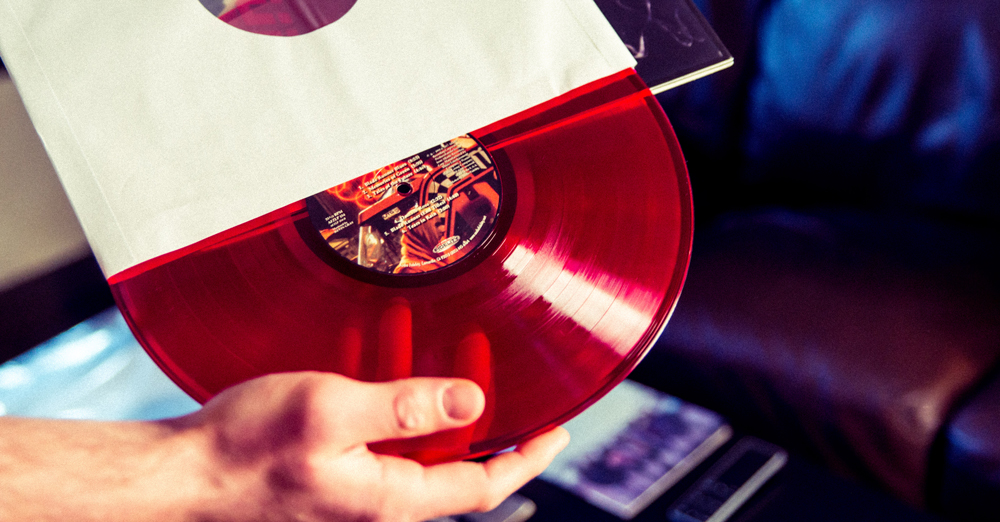 For one, using recycled vinyl—either a rejected or returned pressing—can add more noise, as it’s not as pure as the so-called virgin vinyl. “There’s a lot of returns,” said Eck, “So there’s a lot of regrind in there. It’s recycled, it’s thin, it’s noisy.” And it’s why virgin vinyl and a first pressing will always sound best. It’s the cleanest, clearest reproduction of the original source, and the stampers have been unsullied. It’s partly why, to this day, first pressings in exemplary condition are worth more than anything else on the second-hand market.

In addition to surface noise, another issue is non-fill. Perhaps the easiest way to describe it is in Eck’s own words: “They don’t press the record long enough, hot enough, or hard enough.” Because the record wasn’t properly set, the grooves won’t be completely filled, which can create noises across entire pressings—even ones fresh out of the shrink wrap. If there’s a non-fill issue, it doesn’t matter what color your record is. Yet, as Earley points out, it’s why Gotta Groove is so thorough when it comes to quality assurance. The more records you inspect off the line, the lower the chance that defective pieces will hit the market.

I’m sure there are many factors more important to sound quality than whether vinyl is clear or black, but one thing is for absolute certain: selecting ANY vinyl color other than black is purely about form over function.
Rob Sevier, Numero Group

“I don’t think there’s a problem with any specific colors,” said Earley. “There are differences, but those differences are not necessarily a problem in the marketplace.” At the core of it, that seems to be the only universal truth, as every record starts as a bunch of pellets of PVC that are then heated. There are differences and there are imperfections, but there’s not enough evidence to point to one color being better or worse than another.

Knowing all of this, the question then becomes: Why do labels do it? Outside of the obvious, which is to make certain pressings exclusive or special, there doesn’t seem to be more to it than that.

We reached out to Rob Sevier, the co-owner of Numero Group, a record label that focuses on offering up high-quality reproductions of music that has generally been out-of-print for years, if not decades. He responded with a simple message that gets to the heart the matter. “Honestly, colored vinyl is one of my least favorite subjects,” he began. “I’m sure there are many factors more important to sound quality than whether vinyl is clear or black, but one thing is for absolute certain: selecting ANY vinyl color other than black is purely about form over function.”

As Sevier put it, “We don’t want to begrudge a customer or fan from finding enjoyment from a festively ornamented disk, either, but it is not our preference.” That last word, “preference,” is important. While A/B-ing two records from the same pressing on two different colors could yield different results, there is no true golden rule, and a person’s preference will often win out at the end of the day.

“Vinyl’s not a perfect format,” said Earley. “It’s a great format, but there are imperfections in many ways. The people who love vinyl love it because of the imperfections.” So while vinyl color may not actually matter, the argument about whether it does will always continue. For a format built on so many moving parts, it’s nice to know that, at least, will never change. 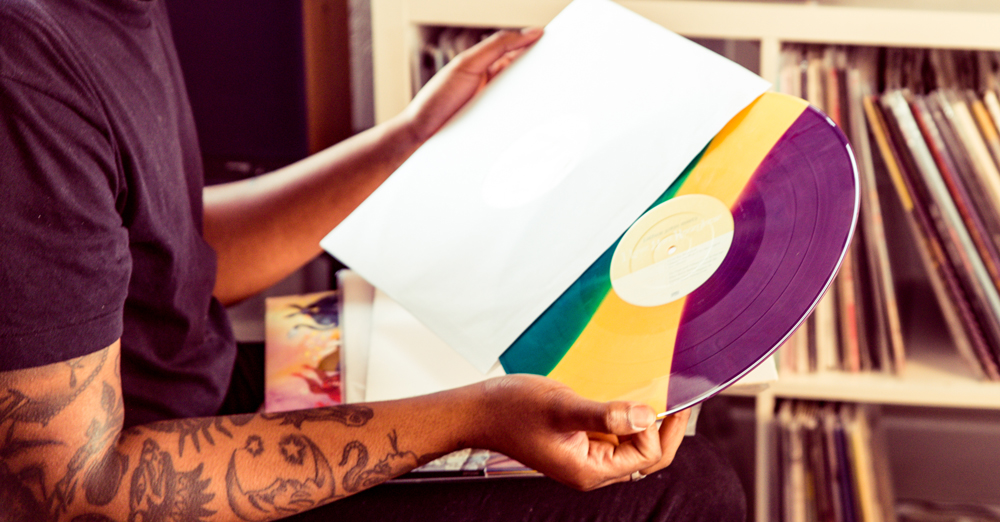