Buying and collecting records can be daunting—and especially so if you're new to the game. It’s been more than 140 years since the advent of the phonograph, which means that there are not only a lot of records to sift through, but just as much insider jargon and terminology attached to the hobby as well.

But we at Reverb LP are all about lowering the barriers that exist between you and a world-class record collection. We’re here to help.

Below you'll find definitions for common terms you'll likely encounter while scrolling through record listings on our site or sifting through rows of musty crates at the local flea market. While far from exhaustive (there's plenty of record jargon not covered here), this glossary is meant to provide a good starting point and cover the essentials for anyone that's new to buying records.

EP: An extended-play record is essentially the format that falls between an LP and a single. It’s too long to be considered a single (as it probably contains anywhere from four to eight tracks) and too short to be considered a full album. EPs regularly take the form of seven- and 10-inch records in size and, similar to singles, tend toward a 45 RPM speed. 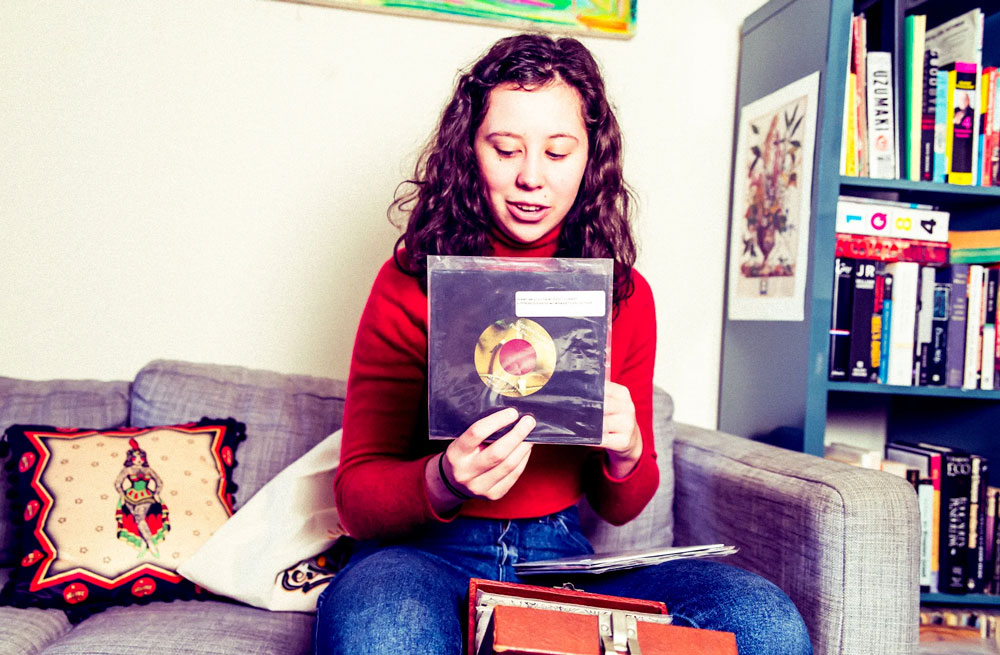 Gatefold Cover: A style of packaging that, when folded, is the same size as a regular LP cover but ultimately allows for additional artwork and liner notes to be incorporated within the design of the inside spread. Often used for double albums, with one record housed by each half of the cover, gatefolds gained popularity during the rise of extravagant ‘60s- and ‘70s-era prog rock. 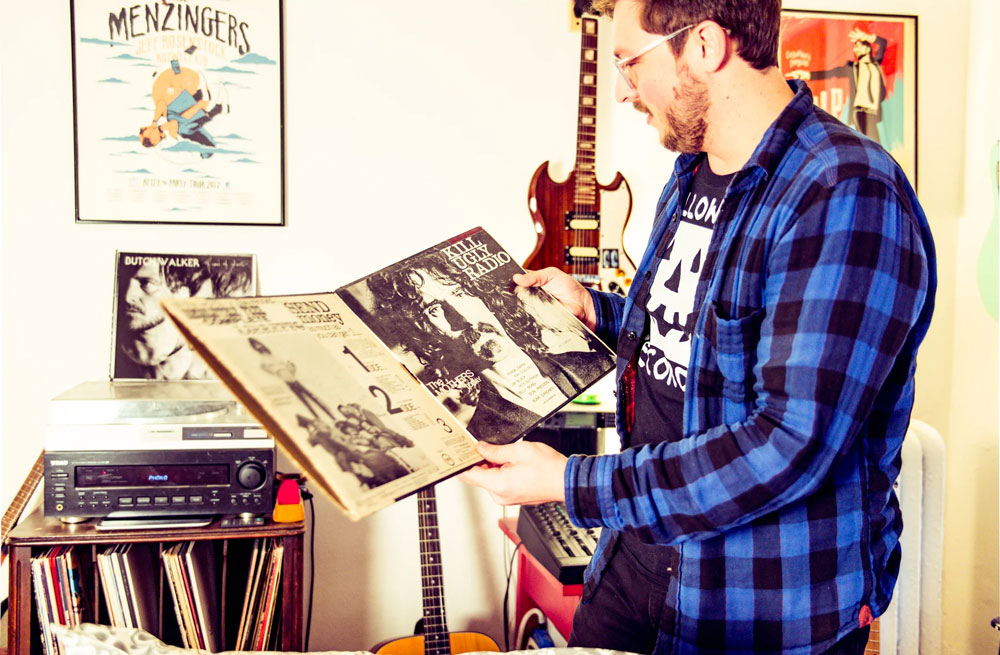 Import: An import is a record pressed and manufactured outside of the album’s country of origin that's later sold there and elsewhere. Imports might differ from the original source in cover art, track listing, and bonus material. Their uniqueness is incredibly attractive to collectors. 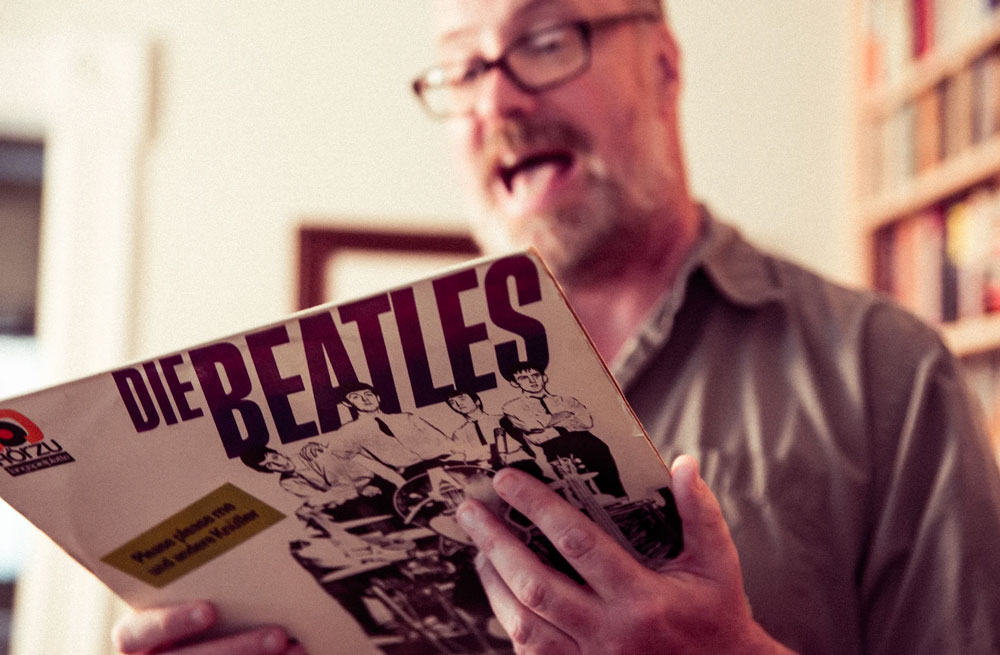 Inner Sleeve: The inner sleeve of an album is the last vestige of protection for a vinyl record and sometimes doubles as the surface upon which the liner notes are printed. Original printed inner sleeves add to an album’s value. Otherwise, a plain-white paper sleeve with a cutout to view the label is the most basic type of sleeve. Paper sleeves can lead to surface marks if the record is slid in and out without care, thus damaging the value of a record. Polypropylene-lined paper sleeves are the step above paper and keep the record sliding smoothly in and out, with the sleeve maintaining its shape. 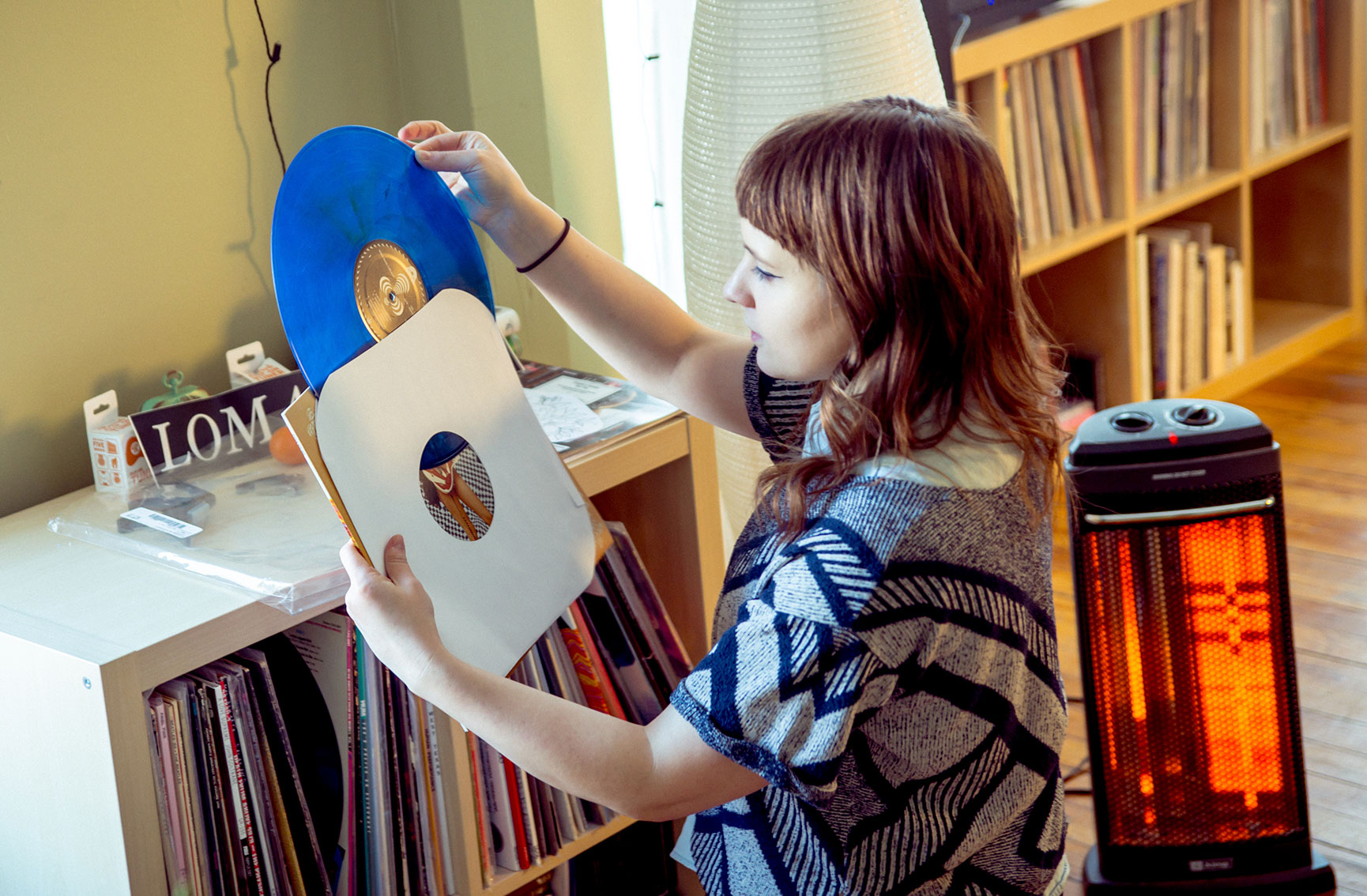 Limited Edition (Ltd): Simply put, a limited-edition record is special. It’s special because it was manufactured on orange splatter-colored vinyl or because it contains five bonus live tracks that the master recording does not. These types of records often feature purposeful abnormalities that make them stand out from typical albums. They’re sought-after because, usually, only small, finite numbers of them are produced at a time. There might be 500 in circulation, or there might only be 50. 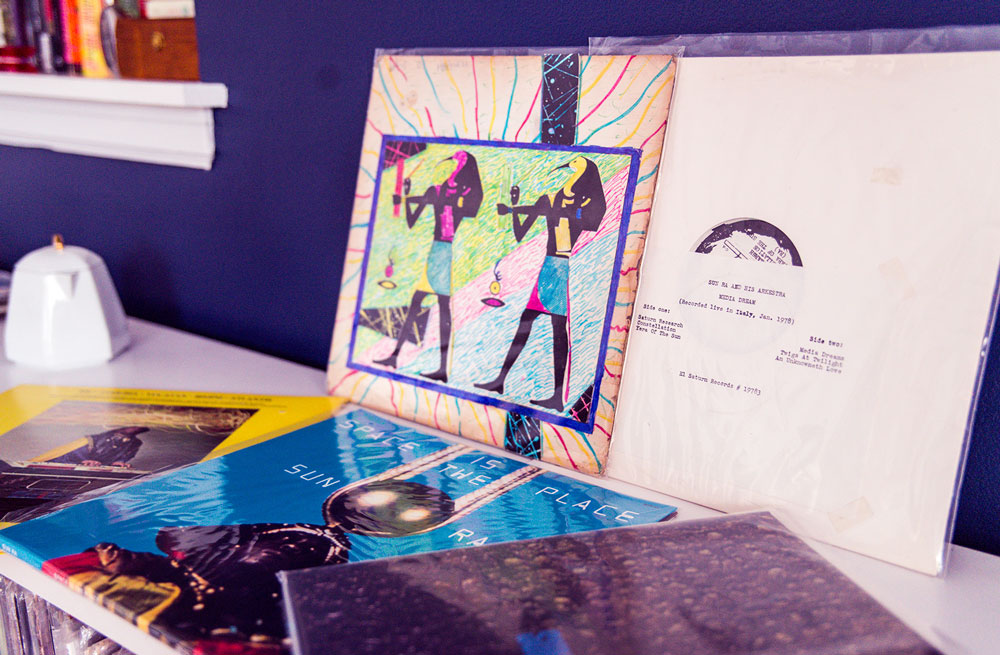 Liner Notes: Sometimes printed on the inner sleeve of a record or sometimes given their own standalone insert, liner notes most often feature lyrics and album credits (i.e., musician personnel, studio engineers, recording locations, and similar information). With some of the more elaborate reissues, liner notes are used to dive deep into a record’s historical significance and influence, with accomplished music journalists and historians often commissioned to write them. They add to an album’s value. 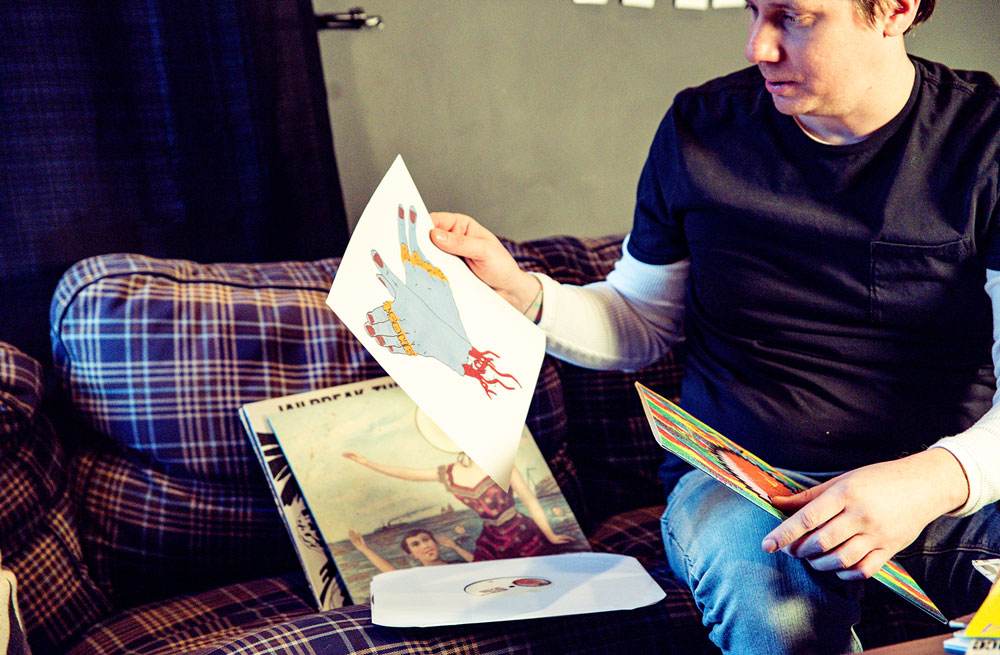 LP: Short for “long-play,” this acronym defines the majority of the full-length records that you have stored in Ikea Kallax shelving units right now. An upgrade from the shellac-based 78-RPM records, LPs are made of the more pliable vinyl material and come in the form of 12-inch and 10-inch discs. Currently the most popular format, they’re also characterized by a 33 ⅓ RPM speed. 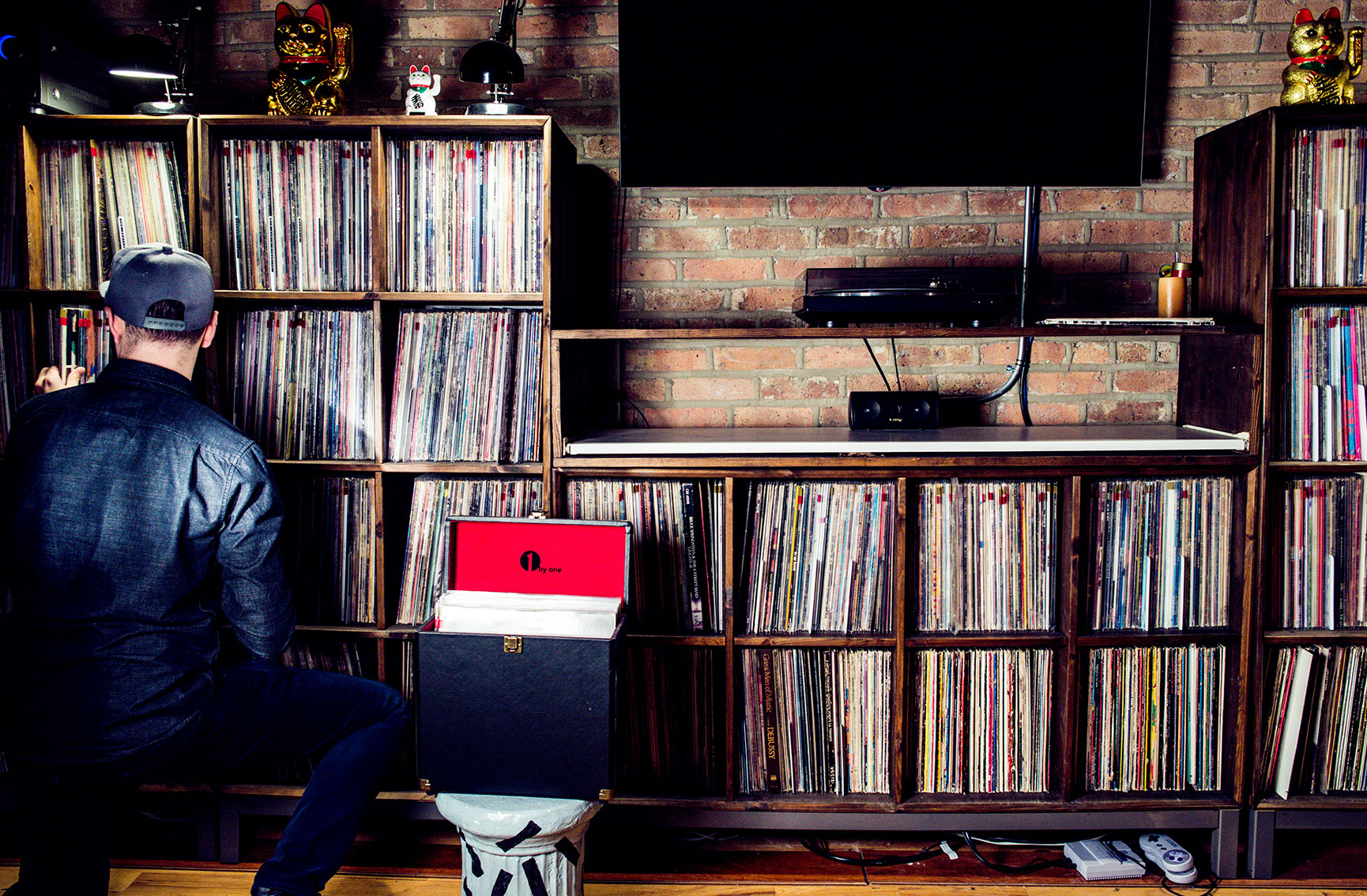 Matrix number: Located on a record’s run-out groove—also known as its dead-wax area—the matrix number is a cast of stamped or handwritten numbers and letters, first and foremost used by the manufacturing plant to ensure each side of a record receives the proper label. This should not be confused with the catalog number, which will appear as the same sequence on each side of the record, as well as on the spine of the album cover.

The matrix number will differ per side. For example, it may be “31916-A” on the A side and “31917-B” on the B side. Additional info may indicate a record’s cut, which may provide greater detail about whether a record was pressed at multiple plants or later reissued by a different company.

For collectors, the matrix number acts as an indicator of a record’s pressing and provides integral information about value. On occasion, you can find hidden messages inscribed by record-cutting engineers who had decent senses of humor.

Mono (Monophonic Sound): Though mono albums are likely to be recorded with multiple microphones directed into multiple channels, each of those channels is panned to the center to create one cohesive sound. Unlike stereophonic recordings, which use two or more separate audio channels, mono recordings only require a single speaker to hear every element of sound.

Stereo (Stereophonic Sound): By using separate audio channels that are split into two or more loudspeakers, stereo sound is meant to provide better perspective and offer a more immersive listening experience by comparison to monophonic sound. Today’s most typical stereo setup features two channels and two speakers. In the ‘70s, quadraphonic sound was experimented with, but because it uses four channels and features four speakers—ultimately resulting in what today is considered “surround sound”—quadraphonic recordings became difficult to produce, due to formatting capabilities and because they required setups too expensive for the everyday consumer.

Repressing: A repressing is typically a second or third pressing of an album made from the same production plates as the original release. The sound content is likely to be identical, as is the art, liner notes, etc. A repressing is usually issued by a label to meet demand (or to simply cash in on the popularity of its canonical status) and though it’s essentially a copy of its original source, it’s likely to offer less value than the first pressing.

Reissue: A reissue refers to the production and release of an album made at some point after its original production run. Records can be reissued by the original label to meet renewed demand, and in some cases involve a different label releasing the material years later. Compared to a repressing, which uses the same plates and will be more or less sonically identical, reissues are often remastered or otherwise altered. In many cases, a reissued release will be of less interest to collectors than original pressings. 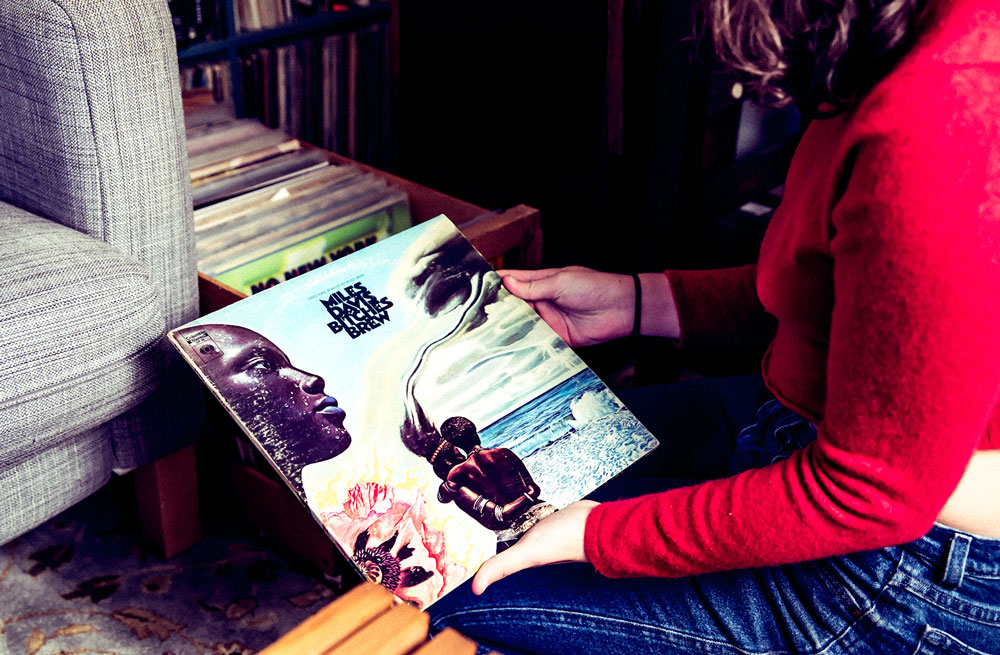 Ring Wear: The grainy, ring-shaped effect a record inflicts on an album’s cover. It’s often a result of improper storage, perhaps from albums being shelved too tightly together, creating added pressure between vinyl and cover. Ring wear might also indicate that a record doesn’t have a proper inner sleeve, or any inner sleeve at all. In more extreme cases, ring wear can be a sign of a warping record. Ultimately, it lessens the value of a record. 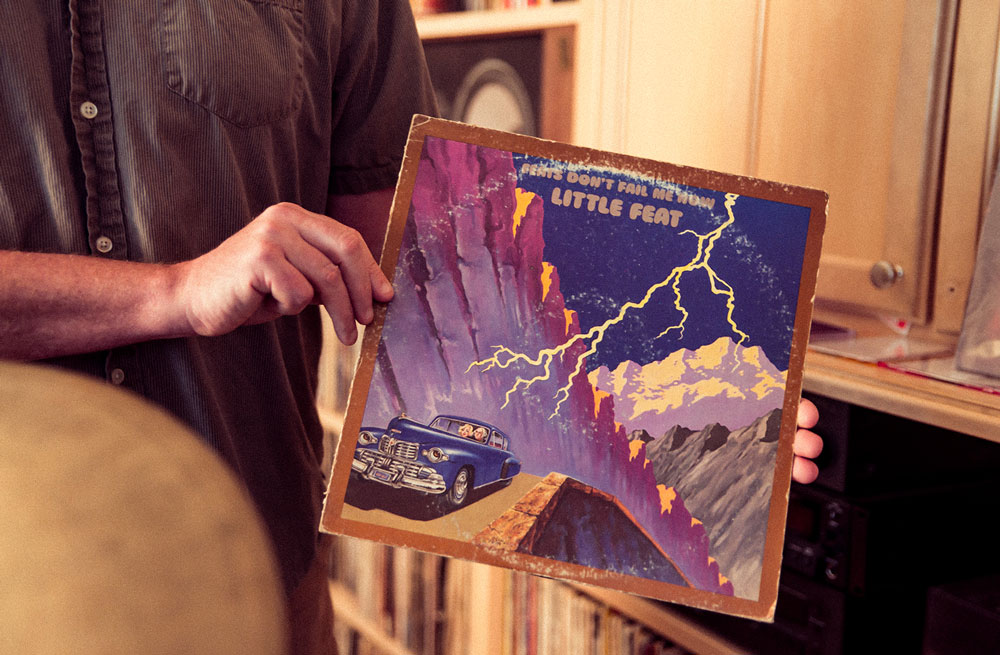 Surface Mark: While scratches will often affect playback, leading to pops and skips, surface marks or light scuffs are more cosmetic. Sometimes a result of repeatedly sliding a record in and out of a sleeve or flat-out mishandling it, surface marks might not necessarily alter the sound of a record, but they do influence its value.

Surface Noise: Surface noise is any and all detectable sound that occurs independent of what is etched onto the record. This can be caused by scratches and scuffs in the vinyl, minor warping (without it being so severe that the needle skips), or deposits of dust that collect and affect playback. Surface noise can be enigmatic and will sometimes occur without any determinable issues to the vinyl, so it’s worth listening to a record before purchase if you have the ability to do so. 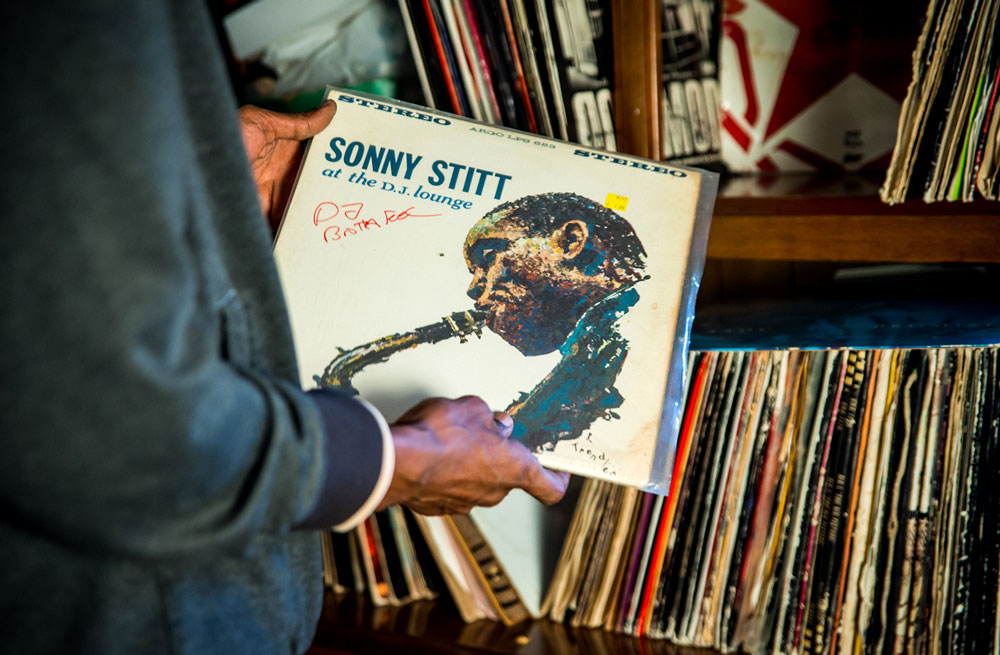 Test Pressing: Often marked by a plain-white label with very minimal (if any) handwritten indicators, test pressings represent the first records made at the pressing plant. They’re produced in order to verify the record is clean and correct before mass production begins. Because there are usually no more than five pressed at a time, test pressings are extraordinarily rare and valuable. 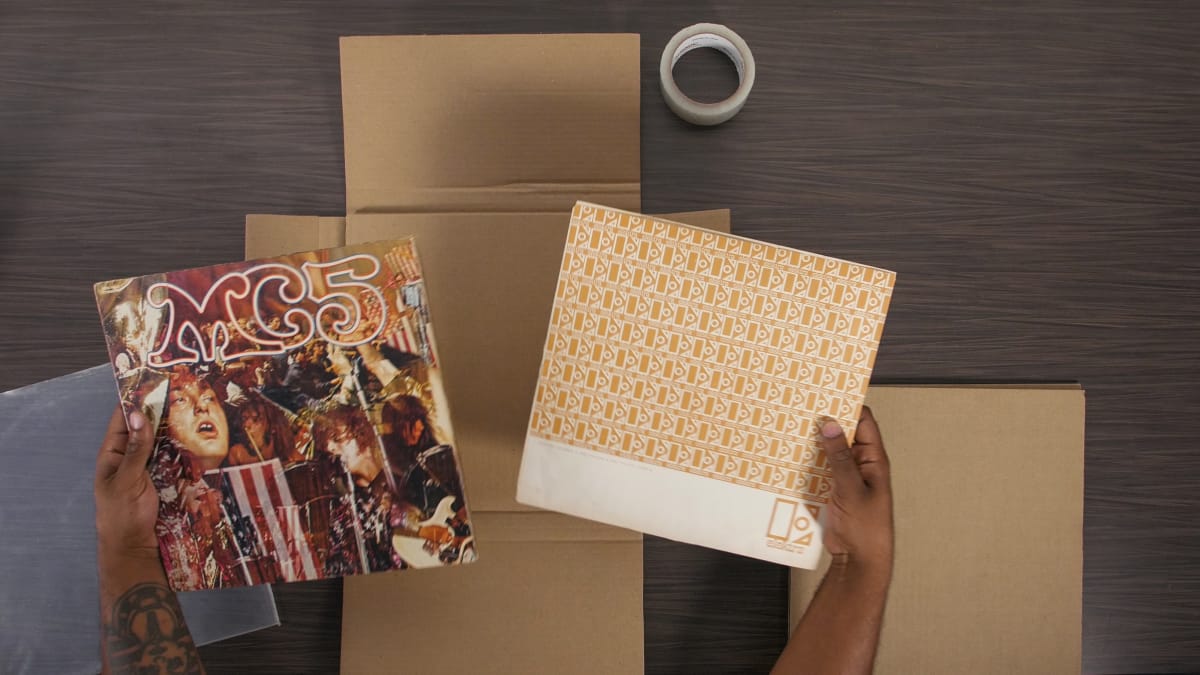 Reverb LP's Guide to Packing and Shipping Your Vinyl

Watch our video for a quick illustration, and follow the steps for a lesson on our recommended approach to the record shipping process.

Shop used, new, and rare records on the go.