If you’re like me, you grew up calling that pointy thing that touches the record a needle—and heck, I still call it that on occasion. What is really being discussed, though, is the stylus. It is that tiny, almost fang-like tip that brings us our music. It may be hard to see, but arguably the stylus has the biggest job in your vinyl setup. So we’re going to take a look at keeping them in good health.

Styli come in many shapes, sizes, and price points. There are literally hundreds to choose from, but they all have two things in common: They get dirty and they wear out. Some handle the rigors of heavy use better than others, but eventually they need a little help or they need to tap out for good. 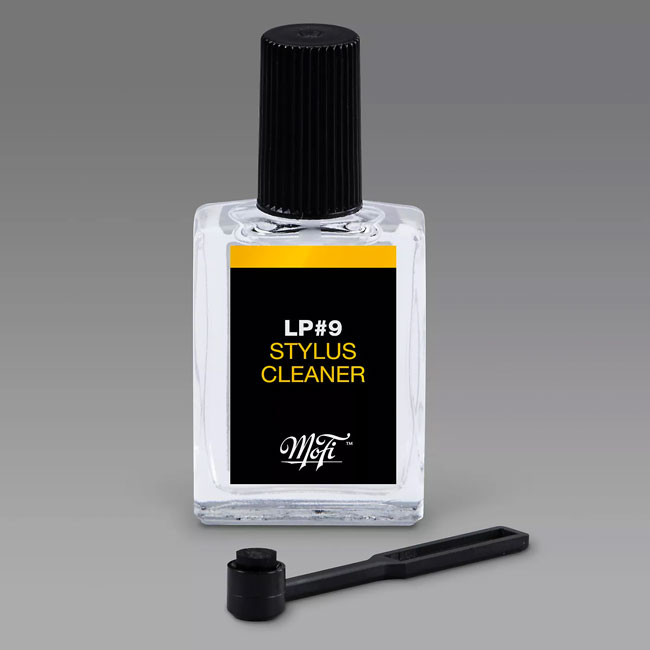 You may have noticed a little fluff or something building up on your stylus after playing a few records. A lot of people don’t think much of it and will just pluck the offending debris off and grab the next album in the stack. This approach works but is flawed. The oil from your skin combined with any other kind of dirt or snack food that may be on your fingers can very easily transfer to the stylus. You also risk causing damage to the stylus itself or the cantilever it is attached to. It’s a better idea to give that thing a scrub.

A stylus brush is a cheap and easy way to take care of your stylus and will help prolong its life. These wonders are generally small brushes with thousands of carbon fiber bristles. You simply brush the stylus from back to front, carefully pulling the brush towards you as the bristles knock any dust and grime free of the stylus. If you do this regularly (about once a week), you’ll be doing most of the work necessary to keep your stylus clean and happy. Just remember that the brush itself needs to be cleaned out from time to time. I use canned air for this so I don’t have to rely on my dirty hands to flick the bristles.

You may decide that the brush alone isn’t doing the trick. That’s where liquid cleaners that you apply directly to your stylus might come into play. They do work, but often have a pretty harsh alcohol or acetone base. It’s possible to strip off the adhesive that holds the stylus to the cantilever along with the gunk. Proceed with caution if you go that route. 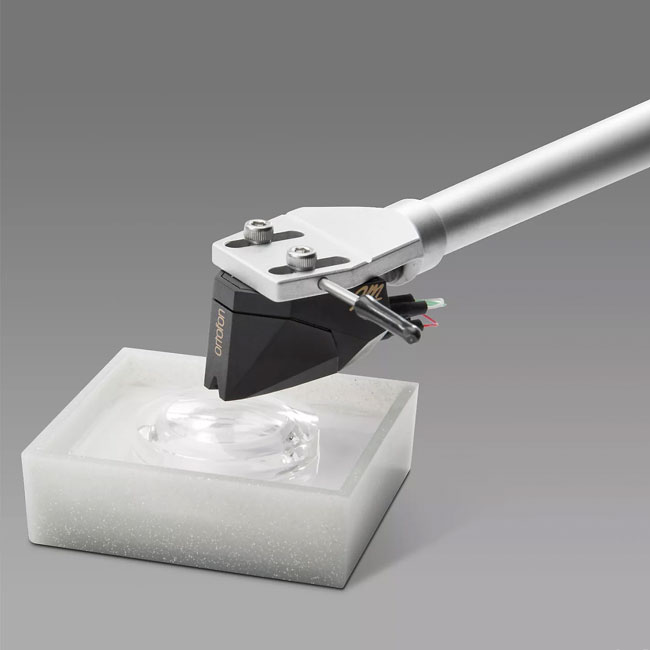 One of the more popular methods of cleaning is to use a gelatinous plastic cleaner. Frankly, it looks like a blob in a box, but it works miracles. You simply lower the stylus tip into the blob, trying not to think of any 50’s B-Movies, and lift the stylus back up. Your stylus will be clean and ready to go. The best thing about this type of cleaner is that it will last for years and all you need to do is hit it with soap and water once in a while to wash away the crud it has picked up.

Even with all of the above, a stylus will eventually give up the ghost. But how do you know when to roll credits on it? Every stylus comes with an estimated lifespan from the manufacturer. One thousand hours is common, but there are styli with more and less. Check out the specs page for yours. Keep in mind estimates are only that. The more dirt, skips, and hard knock life your stylus faces, the more it gets worn down. A very well-cared-for stylus may exceed its time while one put through the paces may fall far short.

A worn stylus will begin to sound dull. There will be a roll-off of the high end. Your records won’t have the sparkle and life you’re used to. Things might get muffled. It will sound… off. This degradation happens over time so you may not even notice at first. Once you do, though, it will be important to change the stylus as soon as you can. A worn stylus won’t track the groove properly and will start to damage the vinyl. That damage is irreparable. A worthwhile investment is a gemologist quality loupe of at least 10x power. That’s not enough to really see all the damage on the stylus, but you will at least be able to see if it is really clean. To check for damage, you’ll want one that is 200x, or even a strong microscope. Your ears, though, are your best tool.

Find a New Stylus on Reverb
Shop Now
Sign Up for the Latest from Reverb LP
By clicking Subscribe, I agree to the processing of my data in order to receive emails.